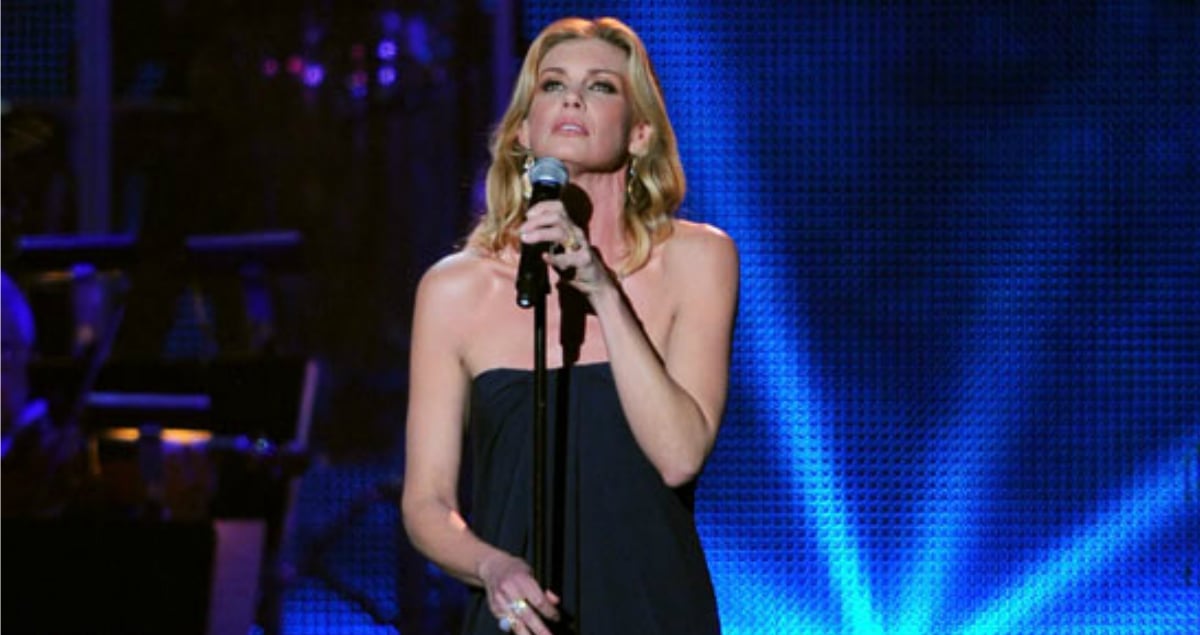 Usually wives don’t applaud dishonesty from their husbands. But when Jon Richards told his wife, Muriel, a little white lie, it was for a good reason. He said he was building himself a shed. But really, this sweet husband surprised his wife with her very own backyard chapel. And the finished product is spectacular!

Jon and Muriel live in a lovely village in England. Jon, being a loving a devoted husband, wanted to do something special for Muriel. “She” sheds have been gaining popularity as a counter to the “man cave.”

RELATED: The emerging trend of “she” sheds is a way to turn forgotten space into a tiny oasis

But with faith being so important to this couple, Jon had a better idea. He’d give his wife her very own, personal place of worship. And the lawn behind their home was just large enough for Jon to house his labor of love for Muriel — the backyard chapel they’ve since named the “Chapel of the Crosses.”

“It was a gift for my wife – I wanted somewhere sacred and special for her,” he said.

In order to get started on the project, Jon needed a cover story. So, he convinced his wife he was building himself a proper shed — one with enough “space for a radio.” But really, the devoted husband was building a miniature version of the church where the couple worships on Sundays!

RELATED: Wife posts a tribute to her hardworking farmer husband

Jon settled on plans for a 12ft by 8ft structure. These measurements would allow him to construct the building without first getting planning permission. He then went to work on the passion project that would wind up taking two and a half years to complete! 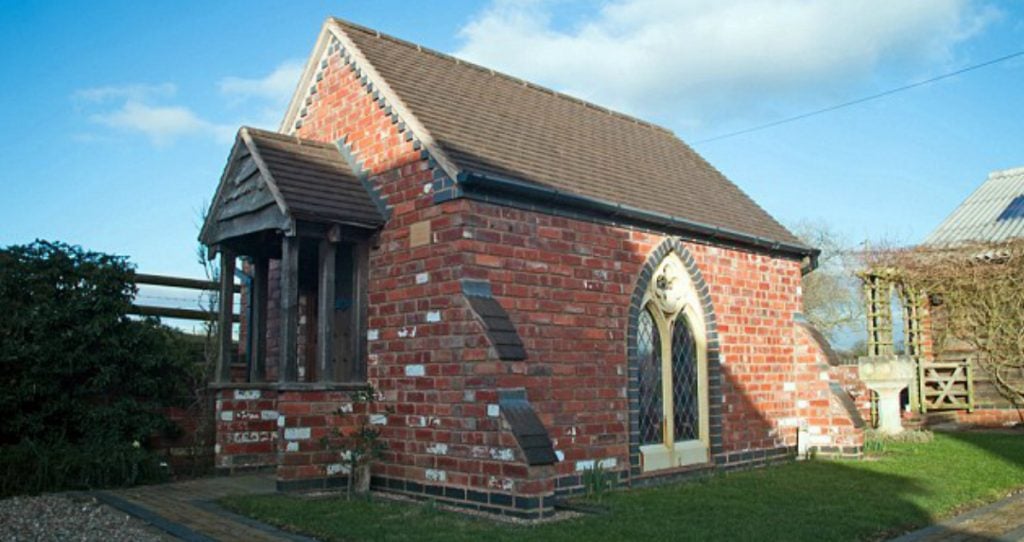 Backyard Chapel: The Jig Is Up

For much of the construction, Muriel truly believed her husband was working on a shed. But when it came time for the stained glass windows, she got wise.

“It was a surprise for Muriel and at the beginning I just told her I was building a bigger shed,” Jon recalled. “But the game was up when we started fitting the gothic windows.” 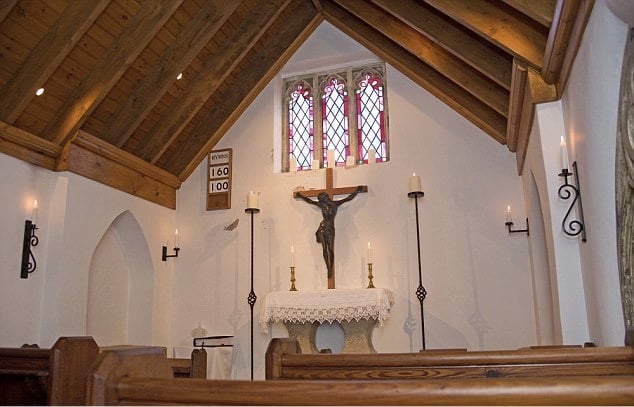 But now that the cat was out of the bag, Muriel was able to join her husband in perfecting the tiny house of worship!

Once the structure was completed, Jon and Muriel scoured the countryside, finding reclaimed religious artifacts — from pews, to tapestries and prayer books — to decorate the inside of the chapel.

“Everything in the chapel was previously used in a church and that's what makes it special,” said Jon.

At the center of the altar is a beautiful, bronze statue of Jesus. It’s a piece Jon and Muriel initially passed over.

“Never realising the price of solid bronze, we were shocked that he wanted so much for it and so we left it there thinking we'd be able to find something else for the altar,” Jon said. 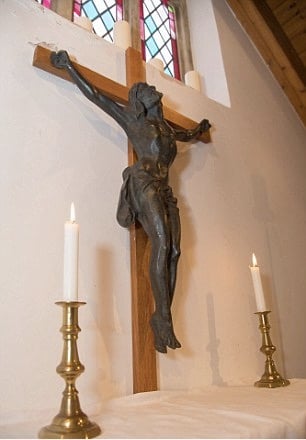 But this particular centerpiece was meant to be!

“In all our travelling around we never found anything that was suited and so we went back to the dealer in Bristol,” Jon continued. “When we told him what we were doing he was so touched that he knocked lots off the price. He said that a small chapel was where a statue of Christ deserved to be.”

With everything just as it should be, the couple chose the name the Chapel of the Crosses.

“At Easter there is a procession though the village and we place three crosses on the hill where we live – that's why we named it the Chapel of the Crosses,” Jon explained.

They invited their local clergyman, Reverend Andy Shearn, over to see the finished chapel. Reverend Shearn was so impressed, he suggested the couple host occassional services there. Jon and Muriel were more than happy to oblige, and Reverend Shearn now holds several mid-week services at the backyard chapel a year. They are usually standing room only, since the pews offer seating for just 12 worshippers.

Jon isn’t sure of exactly how much he spent on the project. But believe it or not, he’s pretty sure it’s no more than £10,000 (around $12,000 UDS). And the amazing gift, which Jon has described as the “most calming place,” was well worth it! 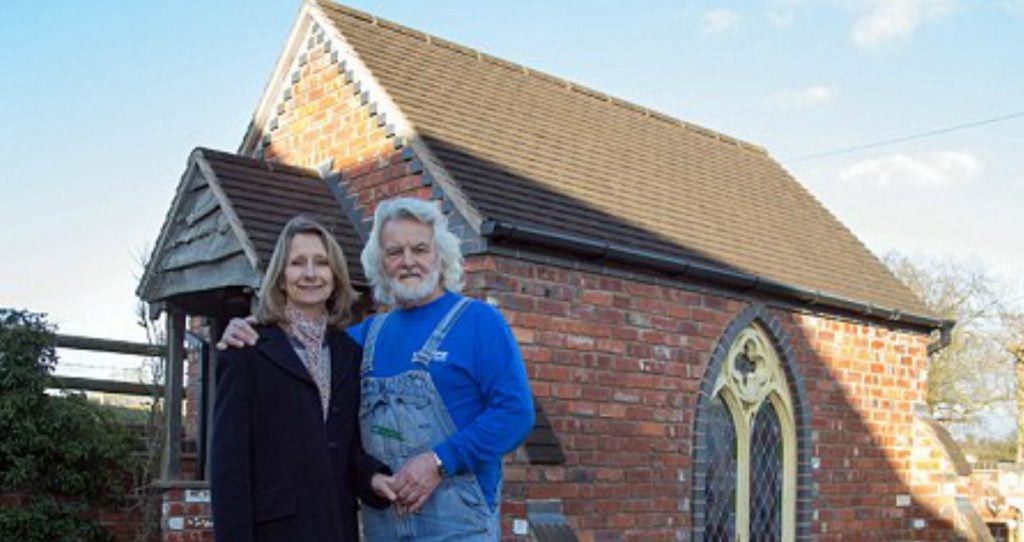 Wouldn’t you just love to see this chapel in person? Be sure to share this story with your friends so they can see the photos of this incredible labor of love!