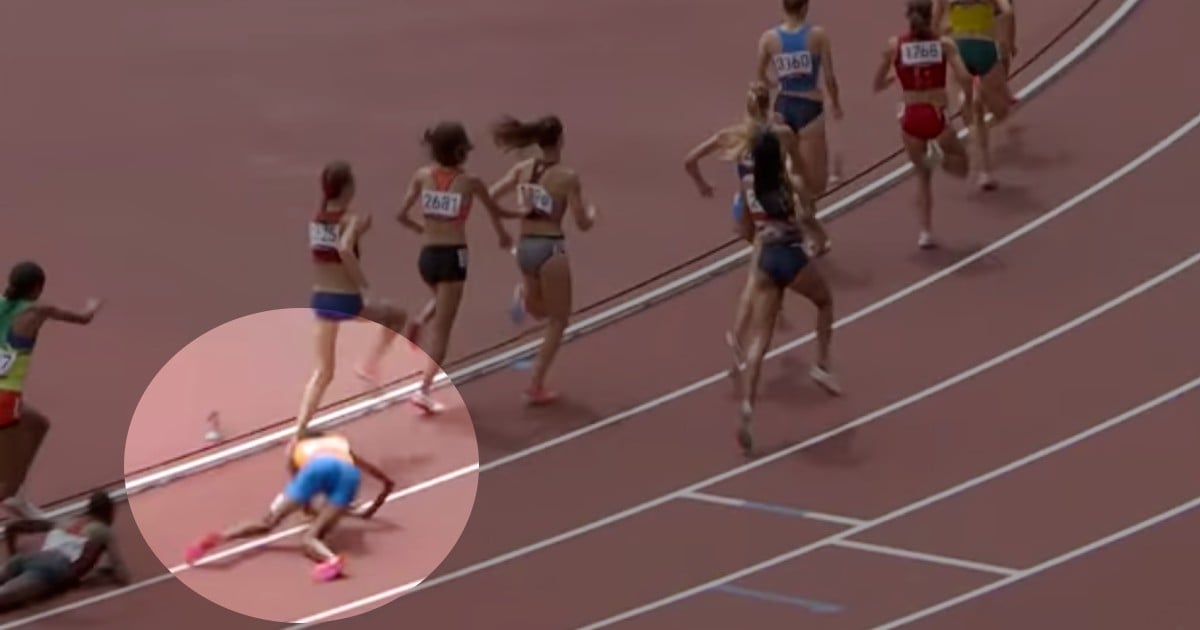 Barbara Mack bought a bottle of water for a homeless man outside a gas station during a heatwave. To her surprise, a stranger started shaming her for the kind deed. But what the other customers did next is truly inspiring!

Barbara Mack, who lives in Florida, couldn’t help but notice the homeless man sitting outside the gas station didn’t look good. She’s seen the man before and even brought him meals. And with a dangerous heatwave plaguing the area, she feared for his safety.

“This guy’s got the mind of a child, and I’m afraid he doesn’t know he needs to stay extra hydrated when it’s super hot outside,” she said.

When Barbara went inside the gas station and grabbed a bottle of water so she could give it to the homeless man. But she knew with only one cashier working and a long line of customers, it would take too much time to pay for the water first.

As a regular customer at the store, Barbara Mack knew the cashier would understand. So, she shouted that she would be back in just a minute to pay for the water. Barbara then ran outside and gave the bottle of water to the homeless man.

When Barbara came back inside, she got in line to pay for the water. And I’m sure she never expected the response her kind deed drew from the stranger in front of her.

“The lady in front of me turned around, [with her] hands on [her] hips, and told me that I was just enabling that ‘homeless person’ (said with a sneer) and that I shouldn’t be wasting my money on him,” Barbara recalled.

Barbara says she was planning on letting the comment ride. But the stranger kept going, saying she should be ashamed and the homeless man reported to the police.

Barbara Mack admittedly lost her cool and yelled back at the woman. The other customers in the gas station overheard the exchange and did something amazing.

The man at the front of the line asked the cashier to add a sandwich to his order so he could give it to the homeless man. And one by one, the rest of the customers picked up things for the man, too.

“Every single person in line got him something,” Barbara said. “Every one, except the now very embarrassed lady in front of me, who slunk out without saying another word.”

Barbara Mack’s compassion for the homeless man outside started a chain reaction of kindness! And though the homeless man had no idea what transpired inside the gas station, he was truly blessed by the resulting wave of compassion.

“When I went outside, he was eating his ice cream and drinking his water with a pile of stuff all around him, a big old grin on his face,” Barbara said. “He didn’t look shaky anymore.”

After relaying her experience to a friend, the friend suggested Barbara Mack share her story on social medial. She did, and much to her surprise, the post quickly went viral, garnering thousands upon thousands of shares and comments.

So many commended Barbara for the kindness she showed to this homeless man. And this compassionate woman is hoping her story will inspire others to do something kind.

“I do believe people are mostly good,” she said. “I think sometimes we all need a reminder not to be selfish.”

Barbara continued on to say, “I don't have it in me to walk past people who need help. I’m not saying I'm a saint because I'm certainly not. I have a lot of empathy...I’ve had hard times myself. People have tried to help me, and I pay it forward.”

YOU MAY ALSO LIKE: Louisiana Car Dealer Finds Homeless Man Sleeping On Porch And Is Determined To Help

Big or small, just one act of kindness can have a huge impact.