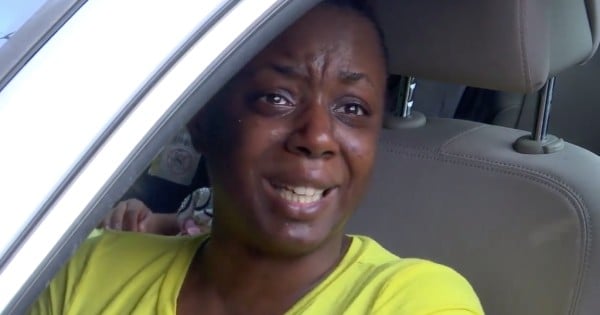 Single Mom Found Herself Homeless And Living In Car With Her Kids, Then Strangers Stepped In
Read Article »

An Olympic runner falls during the final lap at the Tokyo Olympics 2021 and that could have been it. But Sifan Hassan wowed the world with her astonishing comeback!

During a historic 1,500-5K-10K triple, Sifan Hassan of the Netherlands was waiting for the right moment to hit her stride and overcome the runners ahead of her. But with less than a lap to go, disaster struck.

Kenya’s Edinah Jebitok, who was in front of Sifan, fell. And as Sifan, wearing orange and blue, tried to hurdle over Edinah, she ended up falling, too.

With so little time left in the race, many would be tempted to give up and accept defeat. But what happens when Sifan Hassan, a dedicated Olympic runner, falls?

Sifan picked herself up and started running again. More than that, she kicked it into another gear!

Sifan Hassan knew this was it. She didn’t stay focused on the fall she’d sustained. Instead, she pushed herself to her limits. Sifan hit an incredible stride and overtook runner after runner. And in an amazing display of perseverance, she won the race!

In life, we will face trials. And I times, we will take some hard falls. But seeing what happens after this Olympic runner falls is a powerful reminder that we can do all things through Christ who strengthens us!

YOU MAY ALSO LIKE: Blind Runner Teams Up With 4th-Grader And It's The Picture Of True Discipleship

“I have fought the good fight, I have finished the course, I have kept the faith.” 2 Timothy 4:7

“We are pressed on every side, yet not crushed; perplexed, yet not to despair; pursued, yet not forsaken; struck down, yet not destroyed;” 2 Corinthians 4:8-9

WATCH: Olympic Runner Falls But Gets Up And Wins Race