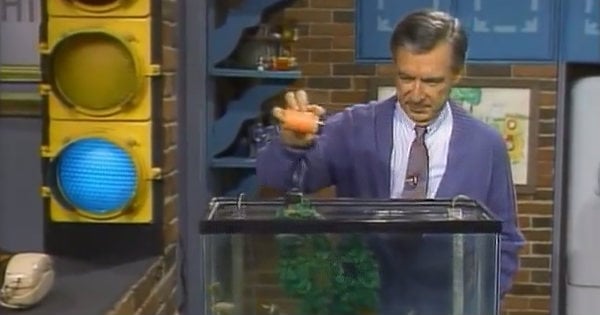 Bald and Beautiful Facebook blogger Shelly Proebstel had some choice words for a group of men who pointed and laughed at her on the beach. She responded to the body-shaming by posting an inspiring bikini body message online. And it is going viral!

New Zealand woman Shelly Proebstel is all about body positivity. In fact, she’s been on a journey to redefine how the world views beauty. And that’s because Shelly knows true beauty comes from the inside.

RELATED: Jogger's Awesome Response To The Man Who Drove By And Called Her Fat

“We live in a world where what a person looks like has become too important,” Shelly Proebstel says. “I believe that that media, especially social media and magazines, often put out the wrong message. You never learn about how to be beautiful on the inside. It’s always about how to lose weight in 30 days, not how to love yourself in 30 days.”

Long before her viral bikini body message, Shelly has been on her own journey to find self-confidence that doesn’t revolve around how she looks. A huge step in that was shaving off her hair.

“Shaving my hair off meant letting go of that security and choosing to see the beauty inside me. I’m making a statement that beauty is not in your hair - it’s in your heart,” she said. “I feel hopeful that this has inspired people to love themselves for who they are inside.”

Shelly gave the money she raised through cutting off her hair to charity. And she was feeling pretty empowered until body-shaming reared its ugly head.

Men Mock Woman In Bikini At The Beach

On a trip to Mt. Maunganui Beach, Shelly realized a group of men were pointing and laughing at her bikini body. And that’s what led her to write her motivational bikini body message.

For a moment, the men’s cruel body-shaming hurt.

“I won't lie, there was a split second that I almost quickly covered up again,” Shelly wrote on her Bald and Beautiful Facebook page. “Then I reminded myself of all I have learn[ed] on this journey, and I held my head high and stuck my belly out and wore that bikini with pride.”

Thankfully, Shelly knows the reaction from these bullies doesn’t define her. God looks at our heart, not our waistline. But she also knows not everyone is strong enough to brush off body-shaming so easily.

And that’s why she decided to rant a bit on social media.

Some of the “choice words” Shelly Proebstel has for her bullies aren’t appropriate for GodUpdates. So, we can’t share her full Facebook post (but feel free to check it out here if you’re interested). But Shelly’s overall message is truly powerful.

Shelly calls out her bullies for contributing to the harmful pressure society puts on women to look a certain way. She says this pressure is what pushes so many to dangerous behaviors like eating disorders and suicide.

“No, you are not responsible for the entirety. But YES, you have to take some responsibility,” Shelly says.

Instead of tearing each other down, Shelly encourages us to teach future generations how to build each other up.

YOU MAY ALSO LIKE: Plus-Size Model To Younger Self: ‘You Are Beautiful The Way God Made You'

And Shelly’s inspirational bikini body message certainly offers sound advice. Let’s use our time on this earth for good!

“Therefore encourage one another and build each other up” 1 Thessalonians 5:11