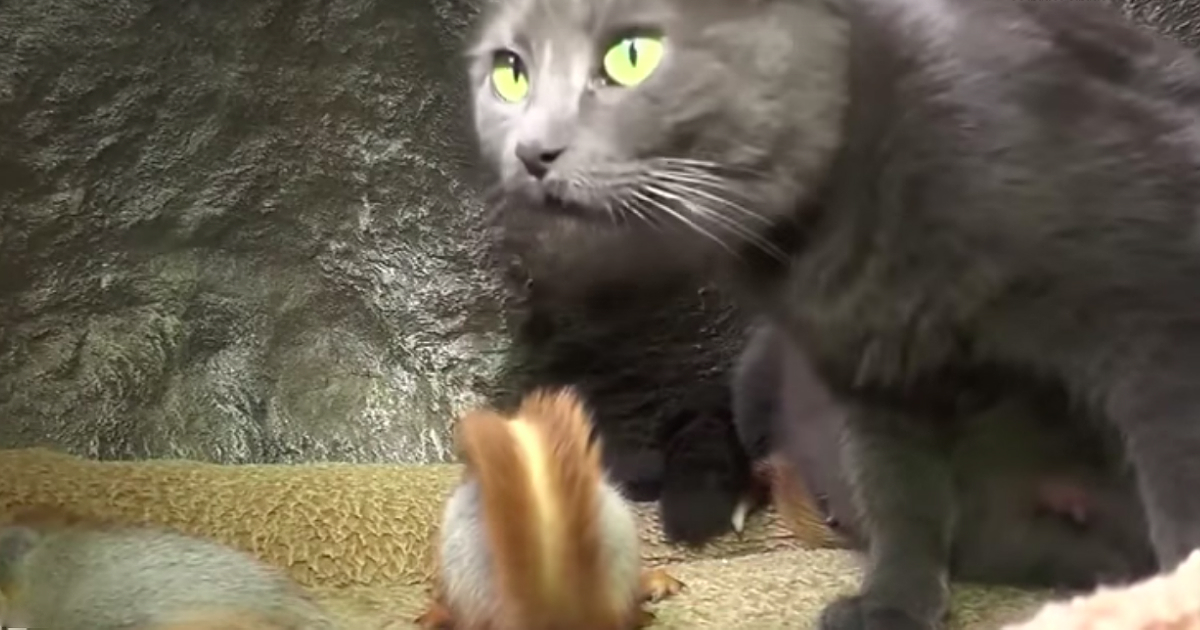 God led two Good Samaritans to Charlie the pit bull just in time. Someone had discarded the poor, injured pup in a dumpster and left him to die. But don’t worry, this inspiring animal rescue story has a happy ending. With more than ten thousand dollars worth of medical treatment, Charlie is finally living the life he deserves!

We’ll never know exactly what happened to Charlie, a severely abused pit bull mix. But we know it wasn’t good.

In October of 2017, Nikki Rubino got word of a dog in trouble. So, she and her roommate, Rob Rossi, went to investigate.

"Animal rescue is sort of my thing," Nikki explained.

Nikki spent 6 years as a vet tech so she knew she could help. And when she and Rob got to the dumpster containing Charlie the pit bull, Nikki knew the poor dog couldn’t have waited much longer for help.

“That would have been a death sentence for him due to his extensive injuries,” she recalled.

Cleary God put Nikki in the right place at the right time to save a life!

What Nikki and Rob found when they arrived was horrifying. Charlie barely had the strength to lift his head. In fact, Nikki initially thought he was dead.

"I tugged on the small piece of string attached to his neck that attached him to a pole. He turned his head and gave me the saddest face," she recalled. “He was covered in flies and filth.”

Nikki and Rob rushed Charlie the pit bull to the Philadelphia Animal Hospital, where the veterinarian staff couldn’t believe what they saw.

“The vet was almost in tears when I brought him in,” Nikki said.

Charlie’s was one of the worst cases they’d ever seen at the hospital.

"We lifted up his jowls, and the inside of his cheeks and lip were entirely infested with maggots," Adria Rebbecchi, one of the animal hospital staff, recalled. "He was in so much pain that he didn't even want to move."

Everyone was rooting for Charlie to survive. In fact, Adria’s father owns the animal hospital who treated him. And he decided right then and there to cover all of Charlie’s medical costs (which ended up being no small contribution!).

Even though Charlie the pit bull already had a special angel covering his treatment, his story left a big mark on the Philly community. They rallied around him on social media, sending donations as well, to help with his care.

“He touched the whole neighborhood with his story,” Nikki explained.

"His eyes show so much sadness, no hope," said Renee Jeanine Ragno, another person who helped with Charlie. "He so deserves a forever where he knows he's safe, is loved, a bit spoiled and has fun!"

Journey To Recovery For Charlie The Pit Bull

Saving Charlie’s life meant extensive surgery. Sadly, doctors had no choice but to remove nearly half of his swollen jowl, which was necrotic and teaming with maggots.

Charlie’s injuries made it tough for the poor dog to eat, but his team of angels fed him small meals multiple times a day to make sure he was getting stronger. His tragic story had already stolen everyone’s heart but Charlie’s sweet nature only deepened everyone’s devotion to his recovery.

“He was always happy to be with people and won't stop kissing and trying to play,” Adria Rebbecchi of the Philadelphia Animal Hospital said. “Given his condition, he was very comfortable around people.”

Charlie’s medical care cost over $10,000, which the Philadelphia Animal Hospital happily covered. They sent the $2,000 worth of donations to the City of Elderly Love, a rescue organization for senior pets who agreed to foster Charlie the pit bull once he was ready.

Unfortunately, investigators never could track down Charlie’s abusers or find out exactly what happened. But there’s comfort in knowing he’s finally safe and free from those horrifying circumstances.

Once Charlie’s medical care was complete, he spent time in two foster homes. His story reached far and wide and in addition to being called Charlie the pit bull, he also became known as Charlie the Philly Miracle.

Bill Gross had been following Charlie’s story. And he just knew in his heart he was the one meant to give Charlie, who is estimated to be 8 years old, a loving forever home.

“I’ve always been a guy who roots for the underdog,” Bill said. “Charlie just spoke to me in a way that I know I can give him the best rest of his life that he can have.”

Hi everybody! Guess WHAT?!? My Daddy informed @cityofelderlylove that he wants to permanently adopt me! I've been such a good boy this week, and he says I am perfect for him! I am so happy, even though I remained sleepy when he told me. 😬 Here's to many new adventures with my Daddy @billygphl and all of my new family and friends! 🐾🥂🐾 #adoptdontshop #dogsofinstagram #pitbullsofinstagram #cityofelderlylove

So, that’s just what he did!

Not only has Bill showered Charlie in the love this animal so richly deserves, he’s set Charlie up with his very own Instagram account so everyone can see what a happy life he now leads. And Charlie the Philly Miracle gets to rest easy knowing he’s loved!

Charlie the pit bull had such a rough start. And the abuse he endured surely showcases the worst of humanity. But his inspirational animal rescue shows that good outshines the bad. And it also shows the power we all have to step up and do the right thing.

We just know God will bless Charlie with many more years of love!