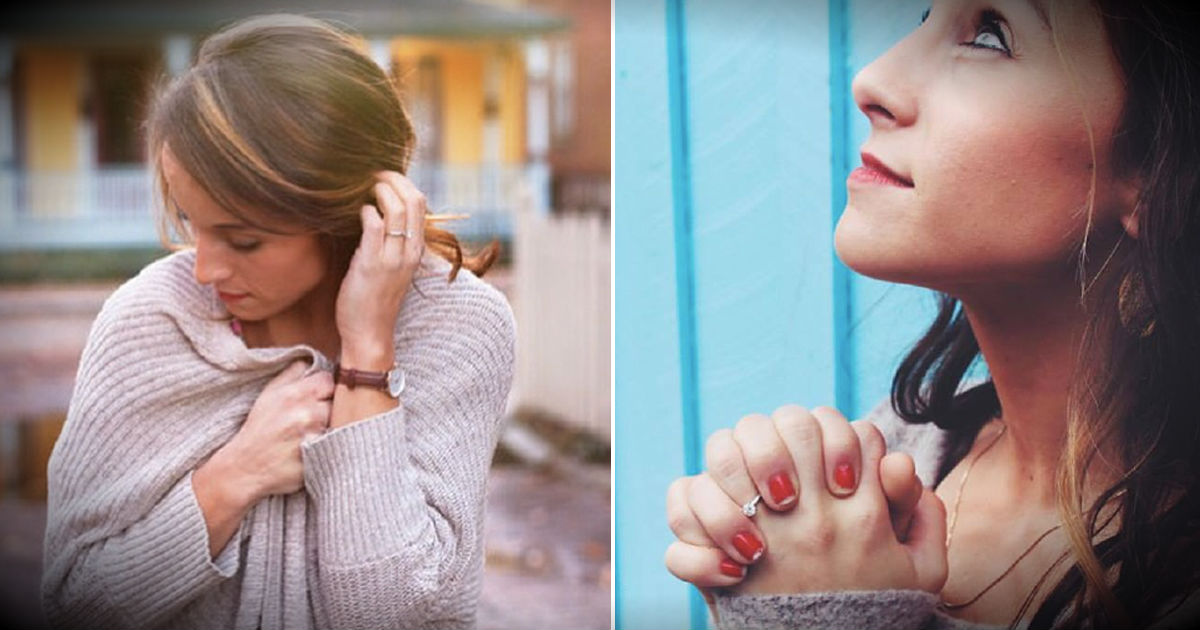 Have you ever been out to dinner and noticed just how many fellow diners are on their cell phones? Sometimes it’s even an entire family, with each member, kids included, engrossed in their own handheld device. Well, Chick-fil-A operator, Brad Williams, noticed too. And that’s why he started the Chick-fil-A Cell Phone Family Challenge! 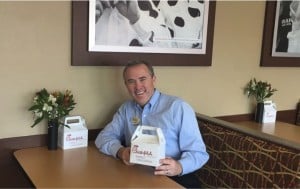 Brad, who owns two Chick-fil-A restaurants in Georgia, noticed one day that a mother of two spent the entire meal on her phone rather than engaging with her kids. That’s when he came up with the idea for a Cell Phone Family Challenge!

"It just got me thinking how to get people to disconnect in order to connect and to take a technology timeout," Brad said. "Be present where your feet are."

Brad worked with a team to come up with the “cell phone coop” — a box that sits on every table in the restaurant. 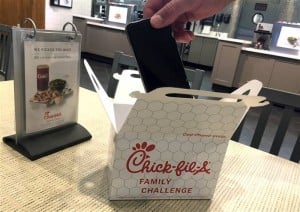 The directions are simple. Put all cell phones in the box (set on silent) and leave them there for the entire meal. Complete the challenge and each of the diners gets a free ice cream cone!

"The challenge has completely taken off," Brad says. "We have families who aren't successful the first time and come back to try again. We even have people asking to take the boxes home with them! Our whole community is talking about it."

RELATED: Kindness at a Chick-fil-A drive thru 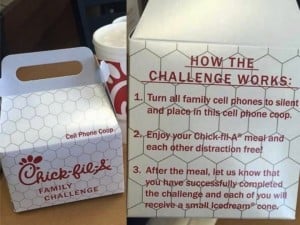 And Brad says he’s already seen a change in his restaurant since rolling out the idea:

"There's more conversation and chatter. It's hard to sit with your family and not do the challenge now."

We just love this initiative and hope that it will continue to spread to more and more restaurants. We also pray that it will inspire people to take this challenge home with them, and make it a habit to consciously disconnect from the many distractions available to us. Technology is supposed to bring us together when we are far apart. So let’s not allow it to separate us when we are together!

“I am saying this for your benefit, not to place restrictions on you. I want you to do whatever will help you serve the Lord best, with as few distractions as possible.” 1 Corinthians 7:35

Now, read the important message in a note from a student that had his teacher in tears! 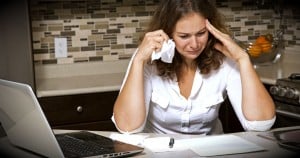