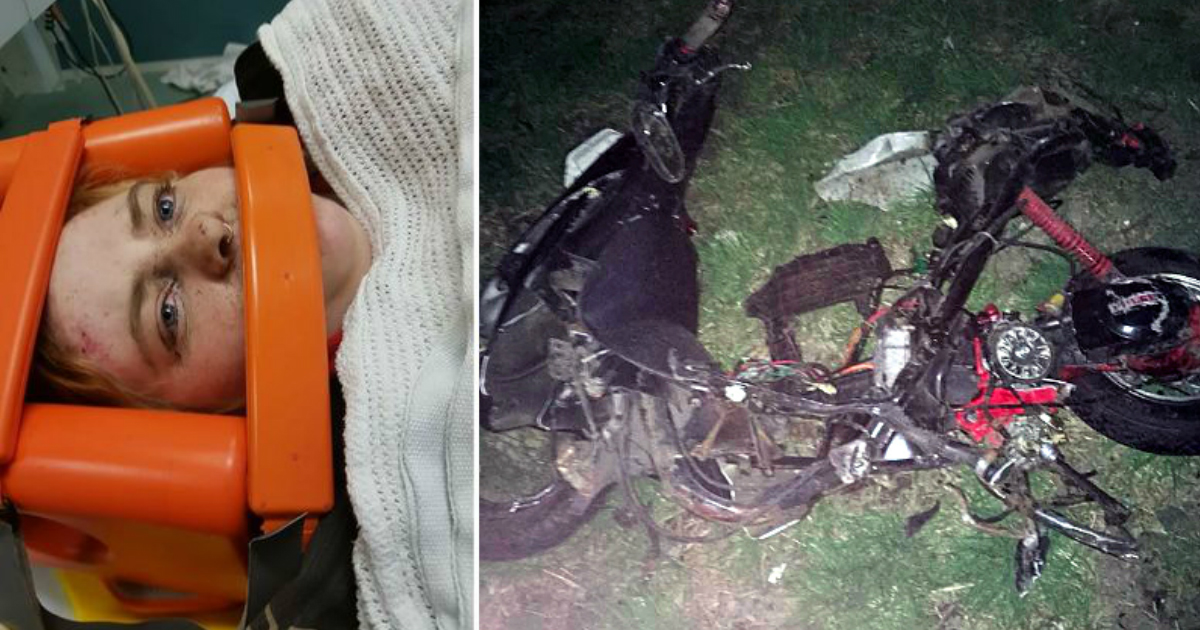 Tragedy and triumph came closely linked for Katie and Josh Butler. Their hearts shattered when they lost their newborn son, Dewey. But then they got a call from one of the nurses at the hospital. And God used their pain for good right away, as the couple’s loss led to adoption!

Katie and Josh Butler met in college, where they fell in love.

"I come from a big family," Katie recalled. "Josh was also very family-oriented, and that attracted me to him."

By 2012, they married, moved to Nashville and started preparing for a family. In September of 2014, they found out their dreams were coming true. Katie was pregnant with a baby boy they named Dewey.

RELATED: Couple Adopt Triplets, Then Mom-To-Be Gets News From Doctor

But everything changed at Katie’s 20-week ultrasound.

"In January 2015, we went in, and they told us there was some thickening of the neck and that the baby had club feet," Katie explains. "Those were all markers for genetic conditions."

Each week, specialists would check Dewey’s progress. Doctors weren’t sure how things would play out.

"They said that (ultrasound) machines could only do so much," Katie recalls, "and that we might just have a small baby. But as Dewey grew, things looked bad."

“They had no idea of the prognosis,” Katie says. “They just knew he would be a special baby."

No matter what, Katie and Josh knew they loved Dewey. The eager parents prepared as much as they could, determined to love and care for their special angel in every way possible.

At 39-weeks, doctors decided it was time. Dewey’s heart rate kept dropping, so they performed a c-section. Katie and Josh’s baby boy came out with the umbilical cord wrapped around his neck several times.

"They said the cord looked like it was only at 20 weeks gestation," Katie says. "It was not a healthy umbilical cord."

Katie cuddled her son briefly before doctors whisked him away to the NICU. Meanwhile, Katie and Josh prayed for the best. 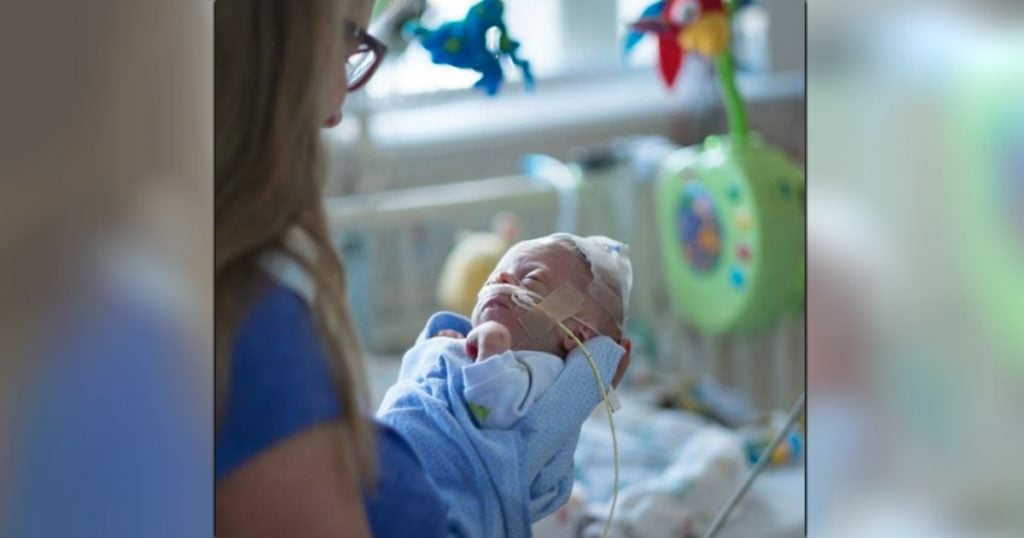 At first, Dewey’s situation didn’t seem as severe as doctor’s had first feared.

"But then they discovered that chromosomes 6 and 10 had broken off and flip-flopped, but it didn't happen equally,” Katie says. “Basically, he was missing some genetic information and some was duplicated."

This is something that had never happened before. So, doctors didn’t really know what to expect. But each week, something else seemed to go wrong.

RELATED: A Mother Shows Incredible Faith As She Sees Miracle During Tragedy

Dewey’s trachea collapsed and doctors put him on a ventilator. They started working toward trying to get him on a G-tube so they could send him home.

“We prayed for it, but it seemed like one thing after another,” Katie said. “It was actually a blessing, though, that he wasn't ready for the G-tube because we got an extra month and a half with him."

A Special Purpose For A Special Angel

Dewey kept fighting and his parents kept praying. But then things finally took a turn for the worst.

Doctors took Dewey back for what was supposed to be a routine procedure. But Katie and Josh sensed something was wrong.

“I felt like something was happening. For the two days before, I felt like a big change was coming,” Katie says, “like God was preparing us for something." 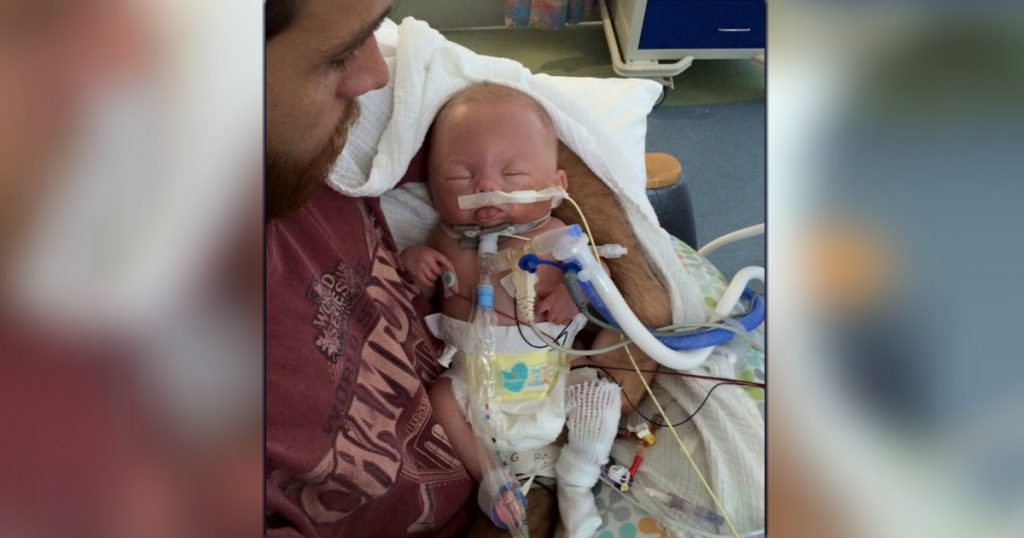 While in the hospital cafeteria eating lunch, doctors came to tell Dewey’s parents something had gone wrong. The infant’s heart had switched to an abnormal rhythm. As a result, they needed to install a pacemaker right away.

“This was all so fast and emotional,” Katie recalls. “And we agreed to the procedure – whatever we needed to do to keep him alive."

Sadly, though, Dewey didn’t survive the operation. It was such a harsh blow. The couple didn’t know what to do.

But Dewey was, in fact, very special. While he wasn’t here long, God gave him a special purpose. He was preparing Katie and Josh’s hearts for what was coming next. Dewey helped make sure the couple’s loss led to adoption.

Katie and Josh grew to know the nurses pretty well after spending so much time in the hospital. Since genetics were to blame for the complications with Dewey’s birth, the couple was discouraged from trying to conceive more children. The grieving parents felt lost.

“I really poured out my heart to God, crying, that I needed another baby,” Katie said. “We had so much love and poured it into Dewey and now he was in heaven ... I needed more kids to love.” 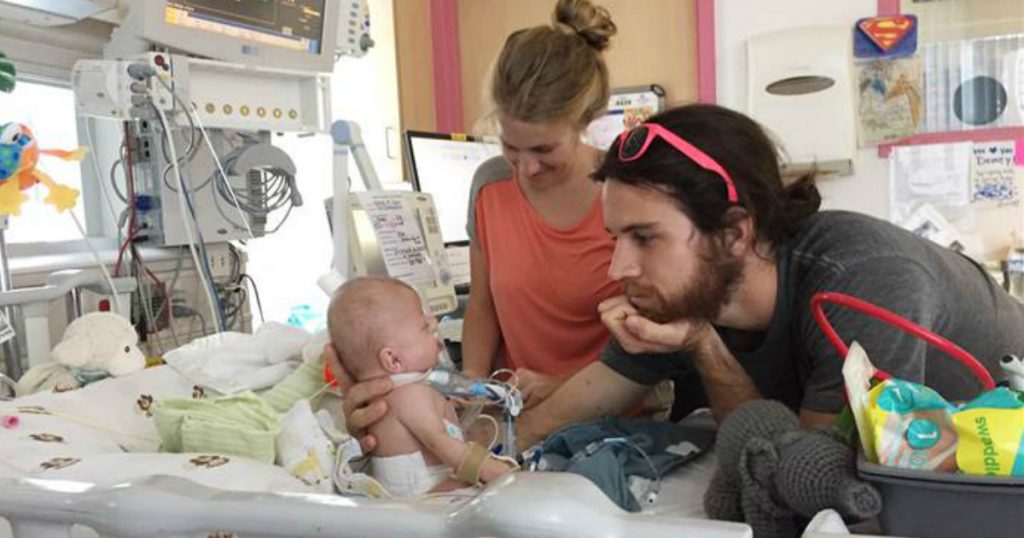 And God was already at work in answering that prayer. In the same hospital where the Butlers said goodbye to their baby boy, there was another sick, little baby who needed a home.

And so, one of the nurses gave Katie a call with unbelievable news.

"She told me that it might be too soon for us – it wasn't even two months since Dewey's death – but there was a baby that was ready to be discharged from the hospital. She didn't know the details but she knew that he needed a family," Katie recalled.

For Katie and Josh, it wasn’t too soon. It seemed as though God had been using Dewey to prepare them for this precise moment.

The baby in need was a boy named Braxtel. He’d been born several months before Dewey but had never left the hospital. He had all kinds of problem with his lungs and his family had made the decision to give him up.

"His biological mom decided to let him be adopted because she recognized that she couldn't provide the best care for him," Katie says. "And that's a hard decision. But I am so grateful she did, so we could love him and care for him."

God was indeed preparing Katie and Josh. The medical complications they endured with Dewey gave them a special ability to love and care for this orphaned child.

"Like Dewey, Brax was on a ventilator and had a trach, and when doctors told us, we were like, ‘We got this.' With Dewey, there was no chance of his lungs getting better, but with Braxtel, he could get better. It was an optimistic situation," Katie explains.

Brax was finally well enough to go home with Katie and Josh on February 9, 2016. The couple fostered and then adopted the precious boy. And while they miss Dewey every day, they trust in God’s bigger plan. 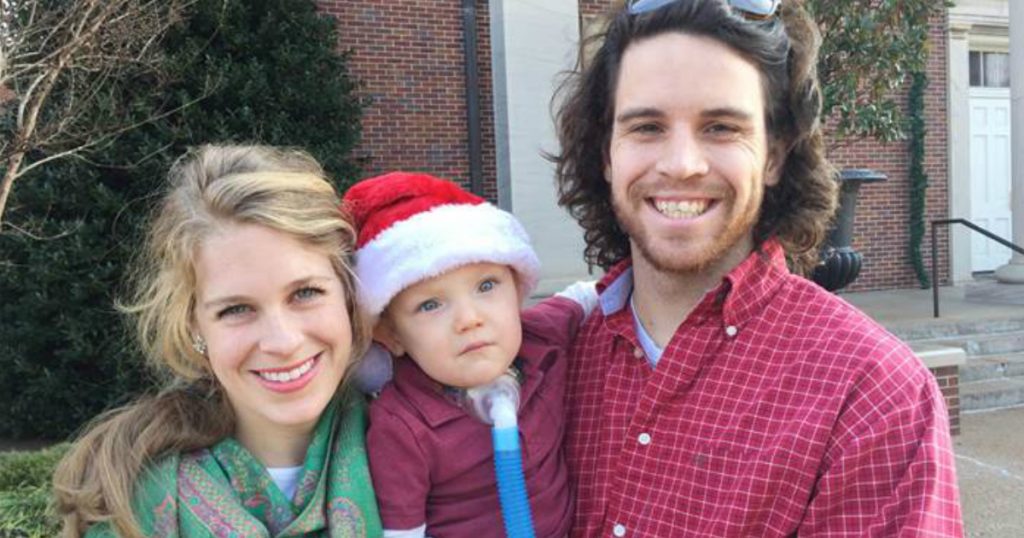 “Right away I knew it was an answer to a prayer,” Katie said. “This baby needed a home, needed a family. He’s experienced such healing, such supernatural healing, and we are so grateful.”

Brax still uses a breathing tube so that he gets enough oxygen. He uses sign language to communicate and sees many of the same specialists who treated Dewey.

The Butler’s incredible story got lots of attention after Josh participated in the TV show American Ninja Warrior (ANW).

And the faithful couple truly believes this is all part of God’s plan for both Dewey and Brax.

“Through sharing our story on ANW, we want others to know that there is a purpose to your life, that God has a purpose for you, in the good and especially the bad,” Josh said.

What an incredible story of how this couple’s loss led to adoption. God’s work is truly amazing!

YOU MAY ALSO LIKE: Nurse Adopted Abandoned Baby With Rare Birth Defect