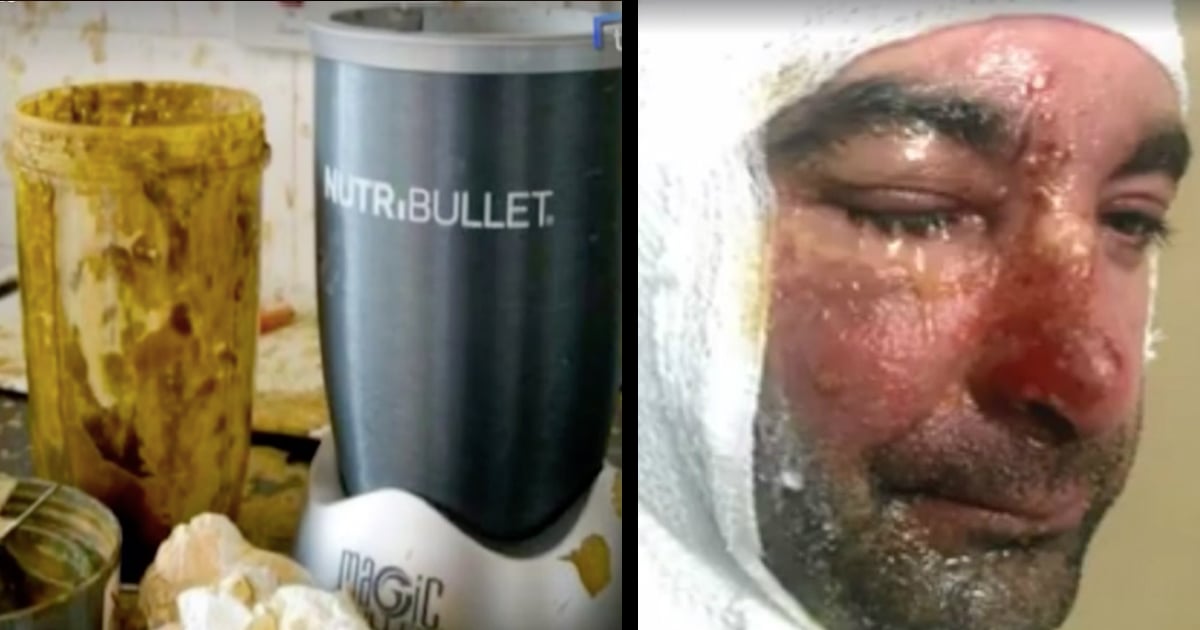 Kevin Breen headed to the emergency room for what he thought was just a bad stomach ache. It wound up becoming a fight for his life. Miraculously, Kevin survived, but not without lingering damage. The dad faces amputations in the near future, the extent of which is still being determined. And what’s crazy is it’s all because of complications from strep throat!

***WARNING: Some images are graphic and may be disturbing***

When the 44-year-old Michigan man checked into the hospital with a sore tummy, doctors discovered his stomach swollen. They didn’t know exactly why at first, but they knew his body was fighting something fierce.

They rushed Kevin into surgery, and found his abdomen filled with pus. The nasty stuff surrounded his organs.

"He's probably one of the sickest patients I have ever seen," said Dr. Elizabeth Steensma, one of the surgeons.

Kevin just kept getting sicker, and doctors couldn’t figure out why. But a rash on his chest tipped them off to the cause, which tests soon confirmed.

Strep throat was the culprit.

If you’re thinking, “Who knew strep throat could do that?” — well, you’re not alone. Kevin’s case is certainly extreme. But strep throat, when untreated, can cause serious complications.

Kevin’s son had come down with strep throat, and when Kevin’s own throat started hurting, he went to the doctor. But at the doctor’s office, the strep test came back negative.

But as it turns out, Kevin did indeed have strep throat. Left untreated, the infection somehow migrated to his stomach. The trouble is, by the time the hospital doctors figured all of this out and flushed the bacteria out of Kevin’s system, he was already slipping into septic shock. His blood pressure took a nose dive and his organs started shutting down.

The only way to treat Kevin was to provide supportive care and pray for his body to regulate itself back to where it should be. It was a tense game of wait and see. In fact, at one point doctors told Kevin’s wife, Julie, to start preparing to say goodbye.

"It was very, very hard," Julie said. "I started planning in my head how I was going to tell my kids."

Then, praise God, things turned around!

RELATED: 10-year-old boy miraculously survives a bite from one of the world’s deadliest spiders

Kevin started getting better. Soon, it was clear he was going to make it!

Unfortunately, though, some damage was irreversible. Since toxic shock causes blood pressure to drop so severely, it becomes very difficult to get enough blood to the organs. The medicine used to treat this condition make sure vital organs like the brain get enough blood. Therefore, the medication pulls blood from the extremities.

As a result in Kevin’s case, his hands and feet started turning black.

Because of the lack of blood, the tissue started dying. This means that the dad faces amputations, at the very least, of his fingers and parts of his feet. And while the family is grateful Kevin still has his life, the amputations will certainly be a huge adjustment.

"We're trying very hard to be positive and thankful," Julie said. "No doubt this will be life changing. We just have to figure out how to make the best of things with the long road ahead of us."

Friends, family, and strangers have rallied around the Breen family during this difficult time. Donations have rolled into the family’s GoFundMe page, and more than $200,000 has been raised in order to help pay for Kevin’s upcoming surgeries.

RELATED: Mom’s warning after her baby catches meningitis from a shopping cart

Reactions as bad as Kevin’s are rare. But still, his family hopes his story will inspire others to seek medical attention sooner rather than later when symptoms of strep throat arise and persist.

“And don't delay, absolutely don't wait to go to the doctor,” Julie said.

Dr. Neil Fishman, an infectious disease specialist and professor, says a high fever is usually the first sign that bacteria is to blame for a sore throat versus a virus. Any time a sore throat is accompanied by a rash that is hot and tender, medical attention should be sought immediately. Additionally, any swelling should act as a red flag.

“If you notice that your arm or leg or another part of your body is getting warm and red and swollen you see a doctor-the earlier the better," he said.

The doctors say Kevin is lucky to be alive. Of course, we believe more than luck is involved! And Kevin’s upbeat attitude about it all just shows God is moving in this family.

Please pray for Kevin as he faces future surgeries to amputate the dead tissue from his hands and feet. While he will have to adjust to a new way of life, there’s no doubt God placed a special purpose on his life!

YOU MAY ALSO LIKE: Mom Warns Others After Her Son’s Odd Sores Uncover This Hidden Bounce House Danger