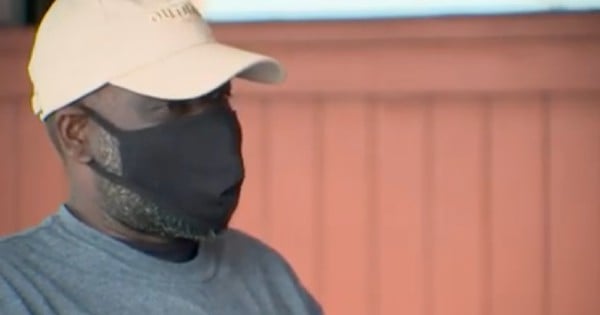 He Was Homeless, Hungry, And Unemployed Until God Used Strangers To Bless Him
Read Article »

Dealing with an angry customer is almost never pleasant, but this waitress was able to get something good out of something bad.

How angry was the customer? They chose not to leave a tip and wrote on the bill, “I’m sorry the server gets screwed on this. Don’t kick paying customers out after 90 mins."

The waitress works at Glenbrook Brewery in Morristown, New Jersey. Surprisingly, the brewery opened during the pandemic, a time where many places, including restaurants, have closed down permanently.

As part of their opening, Glenbrook Brewery had to comply with state laws concerning the coronavirus. This included opening at half capacity and other restrictions. The restaurant also uses digital menus and allows customers only 90 minutes per visit. This way they can make space for more satisfied customers.

The coronavirus has impacted everyone. Whether right or wrong, everyone is trying to cope and stay safe based on their preferences. Such was the case with the brewery. But waitress Beth was stuck dealing with an angry customer when she was just doing her job.

Server Stiffed After Dealing With An Angry Customer

Beth approached a table of four customers to tell them their 90-minute visit was nearing an end. They were not happy. Still, the patrons paid their $86 bill, albeit with no tip included.

Heath Traver, head brewer at the location, said their policy is posted in many places: online, at the entrance, and at each table.

Darren Cregn, Creative Director of the brewery said, "Our (taproom manager) said, ‘Did you enjoy yourself?’ and (the customer) said, ‘Yes,’ the manager asked ‘Was the beer good?’ ‘Yes.’ ‘Was the service good?’ ‘Yes.’ But he still chose to leave zero tip."

Perhaps the customers didn’t know about the time limit. Or maybe simply upset that they needed to leave. Regardless, taking that frustration out on Beth served no one. The server was stuck with no tip, as well as with dealing with a customer angry over something she couldn’t control.

Heath commented on Beth's behalf, "She’s working towards that, she’s a really hard worker and a sweet girl,” and "It hurt a little extra because she’s outstanding.”

People learned about the stiffed waitress stuck dealing with an angry customer at the brewery through Facebook. And the story has since made headlines. There's a Morristown Stimulus Plan in effect where people can support new and local restaurants. Can you guess who became a recipient of this support?

Donations for Beth amassed to about $1700.

Heath said, "It’s very heartwarming to see so many people come out in support of her and her efforts."

He added that Beth is going to keep some of the donations for herself, split some money with the other servers, and give the rest to health care workers.

This story shows that even what people intend for our misfortunate, can work out to be a blessing.

YOU MAY ALSO LIKE: Texas Waitress Gets Stiffed On Mystery Diner's $2,000 Tip But Ends Up Getting Money After All

"As for you, it was in your mind to do me evil, but God has given a happy outcome, the salvation of numbers of people, as you see today." Genesis 50:20

WATCH: Strangers Step In For Waitress Dealing With An Angry Customer