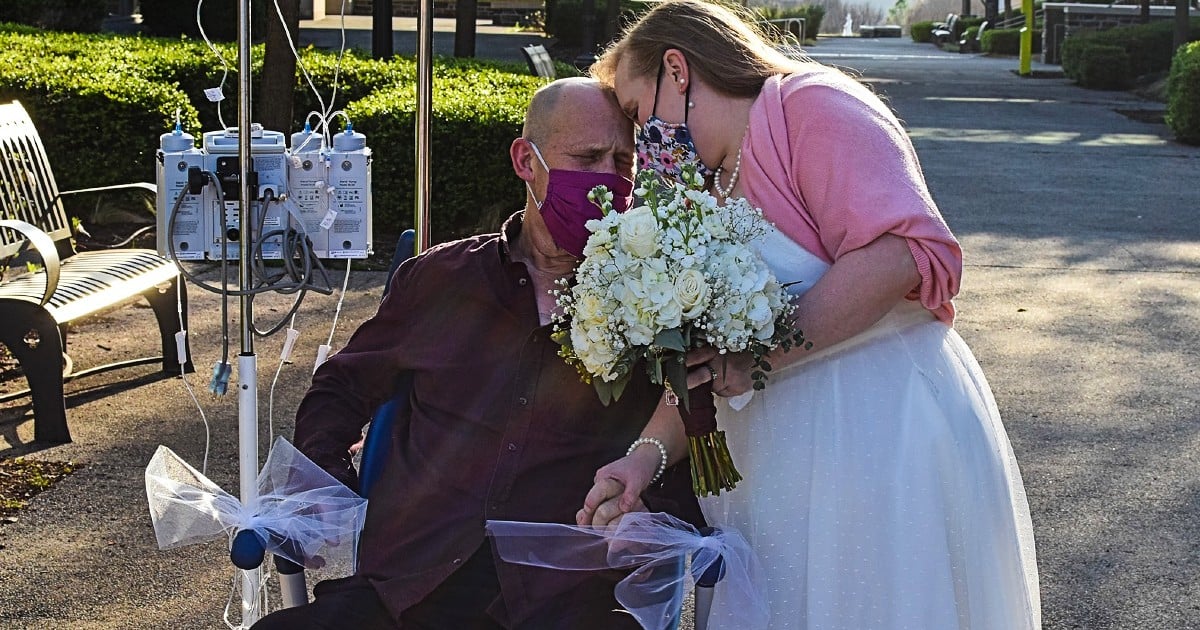 A homeless man on the street in Texas was blessed with a second chance at the life he had once hoped for — all because a stranger decided to give him a gift card to get food at Outback.

Kenneth Smith had been a homeless man on the street for four whole years, never knowing when he would next get something to eat. He had little to no connections with people who were willing to help him in his time of need.

One day, a stranger saw Kenneth outside the Outback asking for handouts. The stranger decided to give him a $100 gift card to the restaurant so he could get a few meals. While he was in there, he struck up a conversation with the manager, Laura Hodges and told her about what the stranger had done for him.

Inspired by the good deed, Laura gave him an Outback card and said, "Whenever you want to eat, just come on in." So he did. Again and again. He was a regular!

Laura ended up offering a busboy position to the homeless man on the street. And Kenneth happily accepted. He works 6 days a week, loves his new job, and treats it like a blessing.

Laura reached out to members of the Fort Worth Foodies Facebook group for suggestions on cheap housing for Kenneth. But she got more than what she asked for!

Laura's generosity for the homeless man on the street touched members of the group and they have paid for his housing at Extended Stay for more than six weeks. More people donated over $2,000, a bike, clothing, kitchen items, and groceries.

What does Kenneth have to say about his new life?

"This is a whole new beginning that God has blessed me with, so I’m trying to get on this right good track that he wants me to stay on. God is good. If he can do it for me, he can do it for anybody else."

A chain reaction of kindness gave Kenneth food, work, and a roof over his head. Let's all be inspired by this community's kindness for a homeless man on the street.

YOU MAY ALSO LIKE: Stranger Spots Handyman Standing In Hot Sun Begging For Work And Changes His Life

“I have showed you all things, how that so laboring you ought to support the weak, and to remember the words of the Lord Jesus, how he said, It is more blessed to give than to receive.” Acts 20:35

WATCH: God Uses Strangers To Bless A Homeless Man On The Street