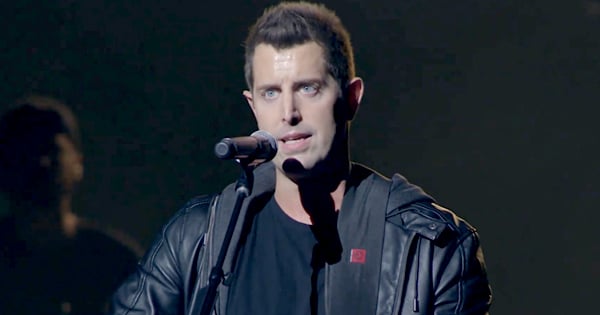 An incredible choir developed for the youth in the Metro Detroit area won the hearts of the judges and audience of America’s Got Talent. This group, the Detroit Youth Choir, even brought host Terry Crews to tears after their impressive audition.

Before their audition, choir director Anthony White spoke about the importance of the group. "We have a lot of inner-city kids. Some of them have bad home situations or they could be on the streets, there's violence. We give them something positive to come and be a part of."

Show host Terry Crews immediately bonded with the group, revealing that he grew up in Flint, Michigan. He gave the choir huge high-fives as they walked out onto the America's Got Talent stage.

RELATED: Inspiring ‘Climb Every Mountain’ Audition By Blind Singer Brings On The Tears

That's when they performed Macklemore and Ryan Lewis hit ‘Can't Hold Us.'

"Can we go back? This is the moment

Tonight is the night, we’ll fight ’til it’s over

So we put our hands up

The choir completely stunned the judges and audience when they combined traditional choir with rap verses. After the performance, everyone was on their feet and the judges had nothing but praise for the group.

But it was Terry Crews who brought everyone, including himself, to tears when he stopped the judge's vote. “Every young man and woman on this stage represents me and where I came from. I remember sitting at my window in Flint, Michigan, dreaming about wanting to make it and wanting to be here. And they are here and they did so well.”

That's when he walked down the steps and pressed the golden buzzer for this incredible youth choir. Now, these talented boys and girls will automatically move on to the live show. After the audition aired, the choir expressed their gratitude on Facebook.

YOU MAY ALSO LIKE: Simon Cowell Cried During Police Dog Audition And Here’s The Story Behind Why

"All it takes is one person to believe in you. For Detroit Youth Concert Choir & Performing Arts Company, Terry Crews knew the Golden Buzzer would make that dream come true. We are so excited for America to see what’s been going on here in the City of Detroit."