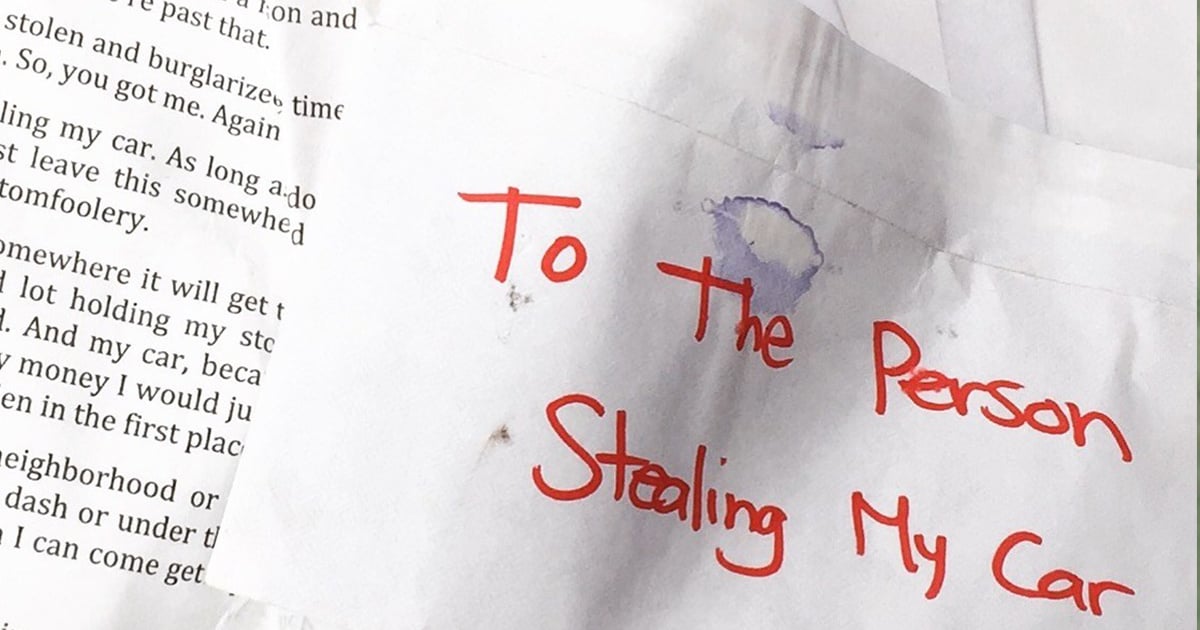 One thing about live TV is that it’s completely unpredictable. And when a dog interrupts a weatherman during his live segment, the meteorologist had the best reaction you could imagine!

As part of a News crew, you pretty much have to be on your A game at all times. That’s because you never know what’s going to happen in the middle of live TV. Sometimes bystanders may shout at the camera. Other times, something completely unpredictable may pop into the frame.

RELATED: News Reporter Hilariously Falls In The Pool During Interview

And that’s exactly what happened to one weatherman during his Morning News segment!

Khambrel Marshall is a weatherman for KPRC in Houston, Texas. Khambrel was giving his report for the day when an unexpected visitor strolled onto the set. 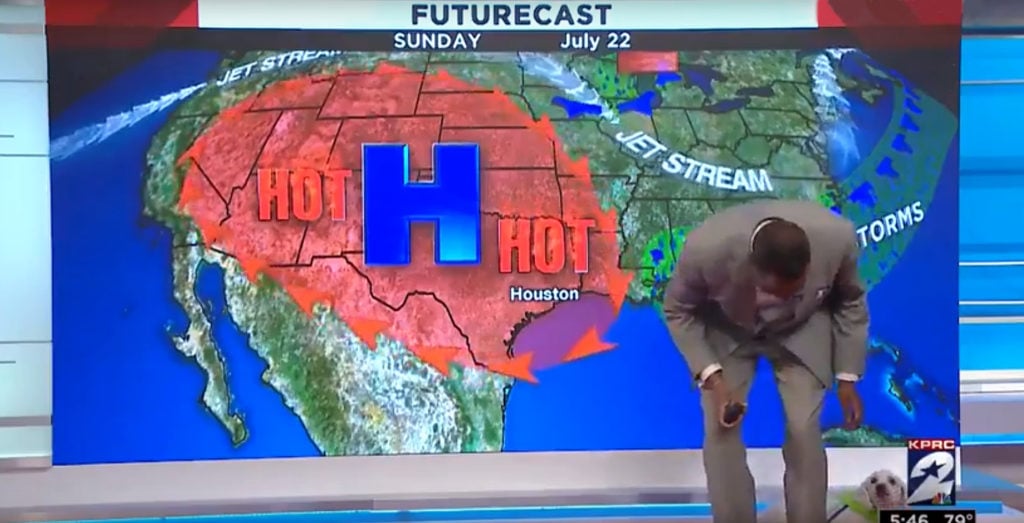 The camera crashing pup’s name is Angel. Angel is a one-year-old poodle mix who is up for adoption at the Houston Humane Society. He was going to be featured next for a segment about adoption.

But this spunky boy decided he didn’t want to wait any longer for his time to shine!

Volunteer Rachel McAlister was holding Angel as they waited for their segment. But when she set the pup down to readjust her microphone, the little guy saw his chance. Right then and there, he made his way for the camera.

But despite the unexpected interruption, Khambrel didn’t even miss a beat! He appears genuinely amused and even picks his furry new friend up to join in on the daily weather report.

I just love how this weatherman handled the blooper on live TV! Khambrel is the picture of grace under fire. And as for Angel, it’s obvious he has a wonderfully big personality. Whoever adopts him is sure to be entertained! Who else cracked up at this funny dog?

YOU MAY ALSO LIKE: Weatherman Gets Surprise Visit From A Feathered Friend On Live TV