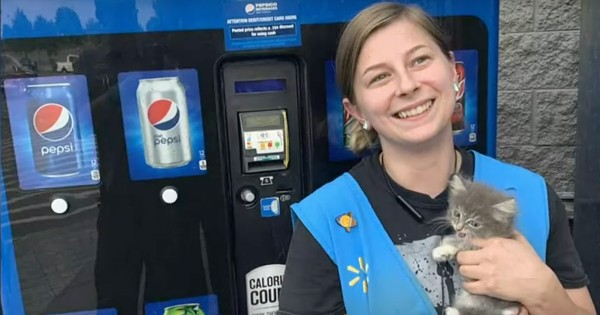 Here's a story about a frightened dog rescued from a bridge by a bunch of bikers. These special angels came to the aid of an animal in need, and in doing so, demonstrated kindness, trust in one another, and heroism. And, they made one "lucky dog" very happy!

The sMash Bros Plus One is the name of a group of Fort Worth cyclists, who meet religiously every Monday to ride together. The group, comprised primarily of men, includes one female, and her name is Abbey Robinson.

Abbey and the guys routinely ride around the city of Fort Worth; however, the group's members recently had extra time in their schedules and decided to take the rare opportunity to ride twice in one week. They decided to bike to Dallas on that Saturday bonus ride.

The trip to Dallas and back is approximately 80 miles. At about the 30-mile mark of the journey, they crossed a bridge over a drainage ditch and noticed a woman parked and yelling about a dog. They found the dog in question perched on a concrete beam just below the bridge, and it certainly wasn't safe.

The group stopped and soon a handyman joined them and produced a ladder. But the biker brigade provided the hero!

Chris Williamson climbed down the ladder onto the narrow beam, which was 15-20 feet off the ground. Once at the beam, Chris spent 15 minutes talking to, soothing, and laying next to the scared pup.

Chris rescued the dog from the bridge beam by gently lifting and handing her off to three of the other cyclists, who were reaching down to receive her. Chris simply said, "I mean it needed to be done, and who else is gonna do it if you don't just jump in and do it?" Wow! What a world it would be if everyone had the same attitude!

sMash Bros Plus One named the precious dog, "Mo" in tribute to one of their community, elite pro cyclist Anna Moriah Wilson. Moriah Wilson was murdered in Austin, Texas in May 2022.

YOU MAY ALSO LIKE: Tense Footage Shows Brave Firefighters Refusing To Give Up On Dog Rescued From Burning Home

Mo, the dog rescued from the bridge, is now safe in the hands of a foster family. And Saving Hope Rescue is collecting donations to provide for Mo's care. Someone did a bad thing, but one man, with help from his friends, did the right thing!

WATCH: Bikers Step In For Terrified Dog Left On Beam Of Bridge