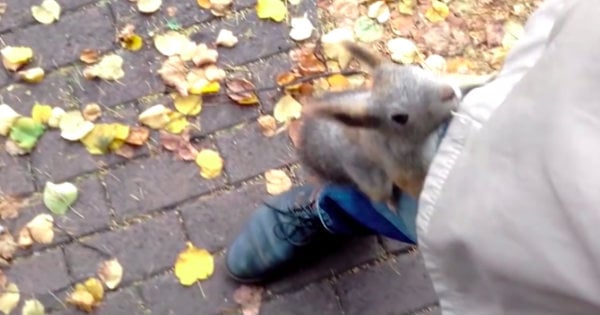 Firefighters in Washington, DC responded to a call where there were 6 dogs in a house fire. One pup almost didn't make it. Thanks to their quick action, these firefighters rescue the dog from the burning building and save his life.

Firefighters go to astounding lengths to serve those around them, often battling sweltering heat. They protect their communities by answering emergency calls throughout the day and night. Their goal is to save property and lives, including the lives of our four-legged friends.

The DC fire department received a call to a two-story row house on a Tuesday afternoon. The rescue was difficult due to the fact that there was a lot of clutter in the house and inoperable smoke alarms. Another challenge with the rescue was that there was an emergency heat advisory of 100 degrees.

The firefighters rescued six dogs and four residents in the household. Of the six pups saved, there was one dog that had a very close call with death!

The poor pup was pulled out of the burning building unconscious, and presumed dead. But the firefighters quickly got to work to save his life. They gave him water and resuscitated him, reuniting him with his family. All six dogs and residents were rescued without injury and are awaiting support by the Red Cross branch, as well as the mayor's office community.

There was a tweet that went about the heroic act reading, "#DCsBravest have brought the fire under control and rescued several dogs from home who are being given treatment."

"When we search for victims in a fire, obviously our first priority is human life, but we will do whatever we can to get those animals to safety," Vito Maggiolo, a representative of the D.C.Fire Department stated.

YOU MAY ALSO LIKE: ‘Miracle' Chihuahua Is The Reason 86-Year-Old Veteran Is Alive, & Here's Their Emotional Reunion

"Animals are part of people's families," he said. "They're often very precious to them. In the end, these very courageous heroes rescued a family from a terrible blaze, despite all of the challenges that were faced on that hot July day."

I'm sure that family is forever grateful to the firefighters who risked their own lives to save not only the lives of the family, but also their pets.