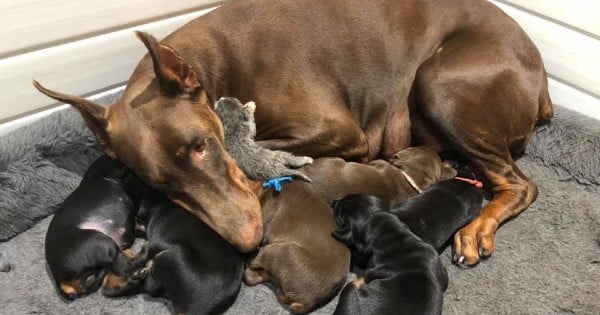 A lost swimmer nearly drowned had it not been for a few friendly mammals. The lost swimmer spent nearly 12 hours treading water but then a pod of dolphins surround him.

This man's guardian angels came in the form of bottlenose dolphins after he decided to go for a five-mile swim.

What was supposed to be a great way to get exercise quickly turned deadly when the 30-year-old man got lost in the frigid waters.

Dolphins Help Save A Lost Swimmer

Unsure of which direction to go or what to do, he began treading water and praying for help to arrive. Just when the exhausted man gave up on hoping for rescued, God sent dolphins to surround the lost swimmer until help could arrive.

These dolphins encircled him after they sensed he was in trouble. And it’s not the first time protection or aid in rescuing humans has come from dolphins.

A long-distance swimmer, Adam Walker made national headlines when a pod of dolphins protected him from a great white shark. In New Zealand, another group of these kindhearted creatures protected four swimmers from a great white shark too! Dolphins are extremely intelligent and playful creatures. They recognized these swimmers were in danger and put their own lives on the line to protect swimmers.

RELATED: 2 Fishermen Recall Their ‘Weird' Encounter in The Fog and Get An Amazing Surprise 35 Years Later

“They could have sensed the danger to the swimmers, and taken action to protect them,” said Orca Research’s Ingrid Visser. Another dolphin expert commented, “Dolphins have sometimes been known to occasionally engage in ‘reciprocal altruism,’ helping members of other cetacean species."

Angels Of The Sea

Some question why dolphins would help a lost swimmer or other humans. Some believe the dolphins do so out of instinct just as if they were protecting the babies of their pods or the elders. Others believe dolphins can hear a swimmer's heartbeat which signals we are in trouble.

Perhaps the best explanation is that God can do all things, amazing and miraculous things through his creation! These amazing rescues remind us that God is always watching out for us and he will send help when we need it most.

"He sent from on high, He took me; He drew me out of many waters; He delivered me from my strong enemy, from those who hated me, for they were too strong for me. They confronted me in the day of my calamity, but the Lord was my support." 2 Samuel 22:17-20

WATCH: Lost Swimmer Rescued By A Pod Of Dolphins