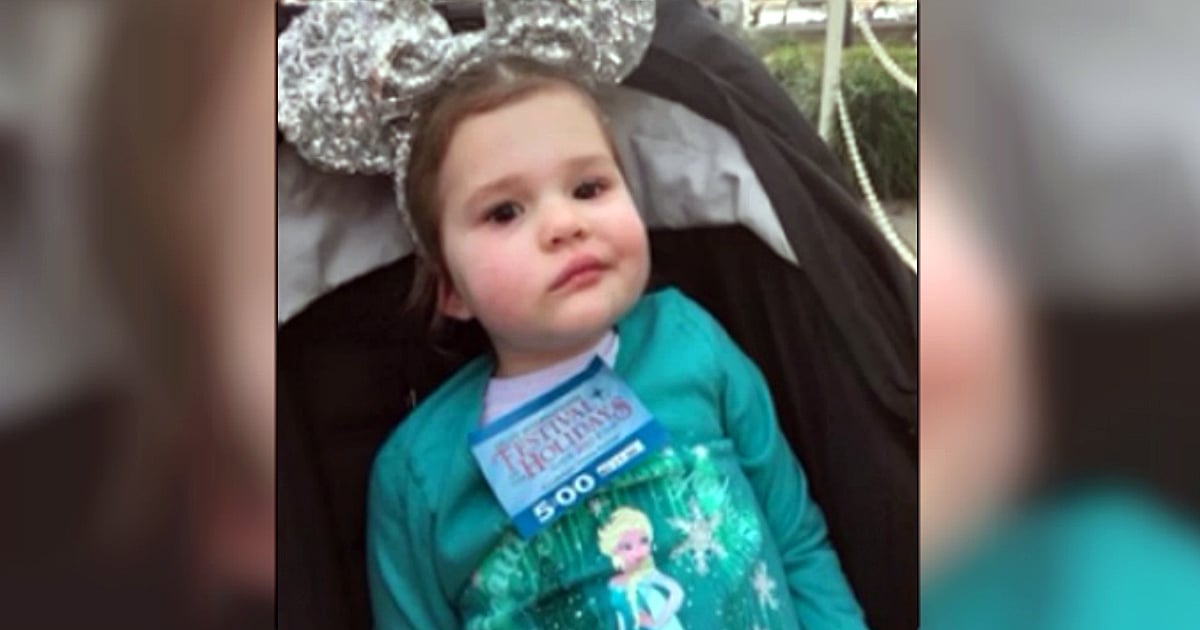 Brett fell overboard after being sick from food poisoning. He knew right away he was lost at sea and feared he would probably never see another boat.

Brett Archibald loved adventure. The 50-year-old father of two was on a surfing trip with friends when the unthinkable happened.

While in the Mentawai Strait near Indonesia, the boating friends contracted food poisoning. Brett woke in the middle of the night feeling ill. He got up to be sick over the side of the ship but his dizziness caused him to lose his footing. Brett believes that he must have blacked out. When he came to, he was in the water and the boat was drifting away.

RELATED: Drowning Man Says A Prayer, Then God Responds In An Unexpected Way

No one saw or heard him fall overboard. Brett’s first thought as he realized his situation, was that he was going to die.

“I just watched the lights of the boat disappear. I screamed, I screamed with everything I had in my lungs, but I realised very quickly that they were never going to hear me.” Brett shared.

While treading water, he calculated how long it would take the crew or his friends to realize he was missing. Seven hours. Which meant, seven more hours sailing back to the spot he was lost. Fourteen hours he needed to tread water. Could this avid swimmer, surfer, and boater do it?

Conversations While Lost At Sea

That’s when he started to talk to God. Brett recalls that his first thoughts weren’t humble.

“The first conversations were very anger-driven,” he said. “I scream. I can’t even use the profanities that I used in that ocean.

Then, he started to think through his life. As he assessed it, Brett realized he wasn’t the father or husband he should have been. He wasn’t a “good person”. Brett knew he wanted to survive to see his wife and children again. 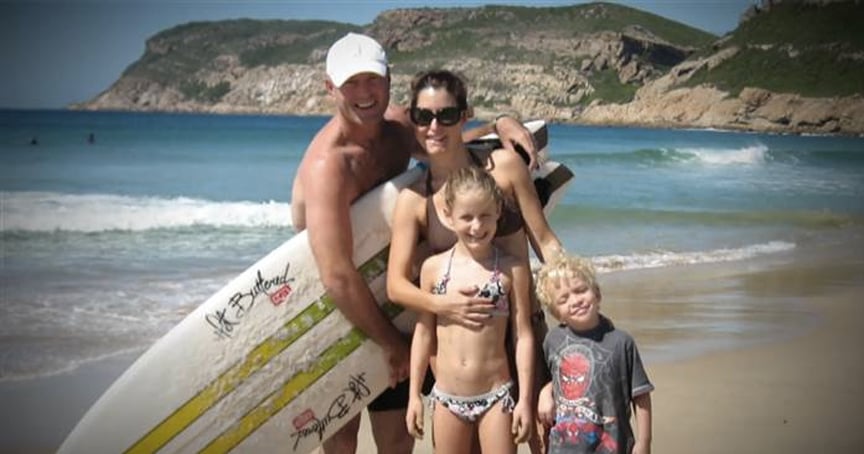 “I’m fighting, I’m hanging in there for you” from the water.

Trying not to get upset, he changed tactics.

Brett started reciting favorite books, CDs, cell phone contacts and eventually singing to keep his mind occupied. But the fatigue, leg cramps, and jellyfish stings were quickly becoming too much for him. That’s when he started hallucinating.

“It was like a rainbow with no color coming out the sea, but then it was the Virgin Mary,” he said. “It was bizarre. I knew it wasn’t real.”

His hopes for rescue were crushed when he saw a charter boat sail nearby without stopping. The emotions were overwhelming.

“I just lost it,” he said. “I screamed at the world…screamed at life.”

And then, it hit him. Literally. A shark crashed into him under the water.

“I just remember seeing him, going, ‘Oh my God,’ because magnified under the water, I thought it was the size of the red bus (in London).”

The fear and exhaustion were almost overwhelming. Thinking he was going die from a shark attack, Brett was beginning to feel like giving up. But his surfing and boating training took over. That’s when he saw the markings on the fish and realized the shark was a reef shark. It was not a risk to humans and would not be his cause of death but perhaps his means of rescue.

Brett began plotting how to hold onto the shark hoping it would pull him closer to shore. He found new hope in the burst of opportunity. Then, the shark lost interest and swam away.

“I’ve never been so devastated in my life. It was the closest I came to crying, because it was the first time I’d found something that I thought could save my life.”

The adrenaline rush from the experience left him completely exhausted. He truly believed he could not go on any longer.

“So I said all my goodbyes, swam down,” he said. “I remember lying on my back and just going, ‘Okay, just breathe.’ And I just took a huge breath.”

Choking on the water, his body’s instinct took over, pushing him back to the surface. As he began swimming upwards, Brett shared that he saw what looked to be a black cross.

RELATED: Her House Was On Fire Then A Hero Broke Down Her Door

After nearly 29 hours at sea, Brett thought he must be hallucinating again. But the cross turned out to be the mast of the ship “Barrenjoey”, manned by skipper Tony “Doris” Etherington, which had joined the rescue party.

When Brett hadn’t shown up for breakfast the next morning, his friends had alerted the authorities. Local boats, including the Barrenjoey, joined in the rescue search for him.

The ordeal took its toll on Brett’s body. A medic on board the Barrenjoey believes that Brett truly was rescued just in time. He had lost 13 lbs. in the harrowing experience! The blood had completely drained from his hands and feet. 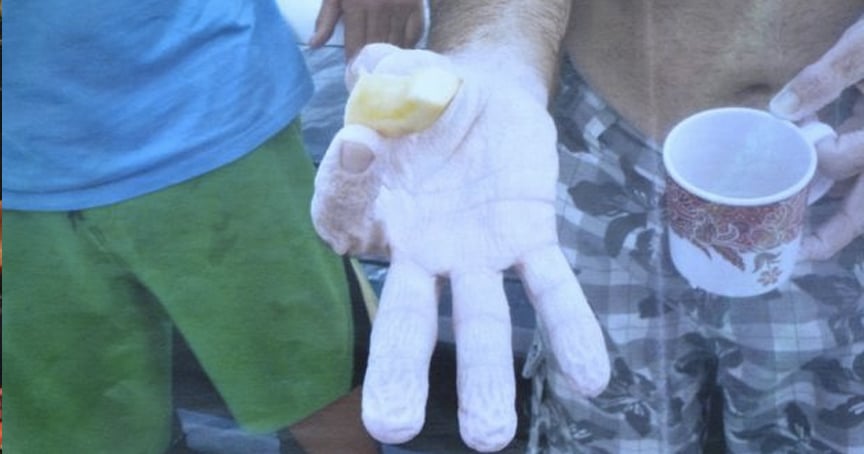 Living With A New Purpose

Even with the trauma he had gone through, Brett quickly rejoined his charter trip.

“…life is short, and if you don’t live it well, you have regrets. I had 28 hours of regrets, and I’ve got a second chance.”

The next day, he found himself back on his surfboard. While he remains slightly apprehensive, Brett says he still calls the ocean his “happy place”.

“I knew I just had to get back in the ocean. If I hadn’t, I never would have gone back in again.”

“I have absolutely no doubt that GOD was with me every step of the way during that ordeal… I AM ALIVE, I AM BLESSED AND I AM FOREVER GRATEFUL – FOR SO MUCH!!! I thank GOD each and every day for all of you special people who played a role in my being here! God bless… “ 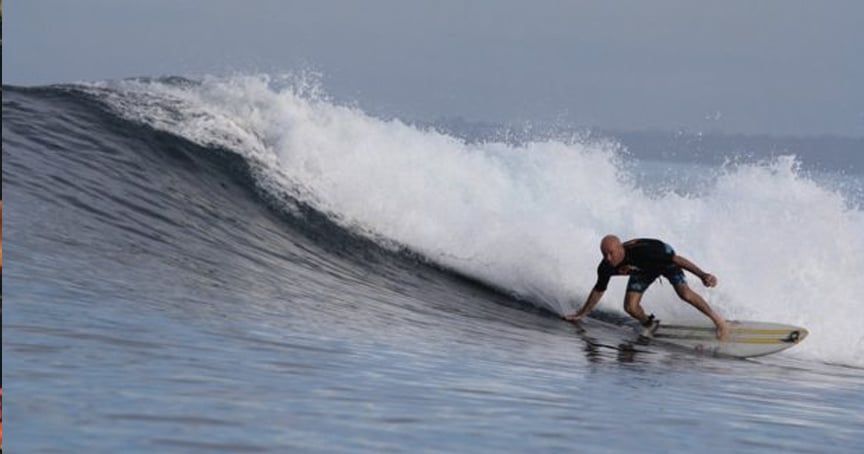 YOU MAY ALSO LIKE: Italian Avalanche Survivors Open Up About Their Miraculous Rescue