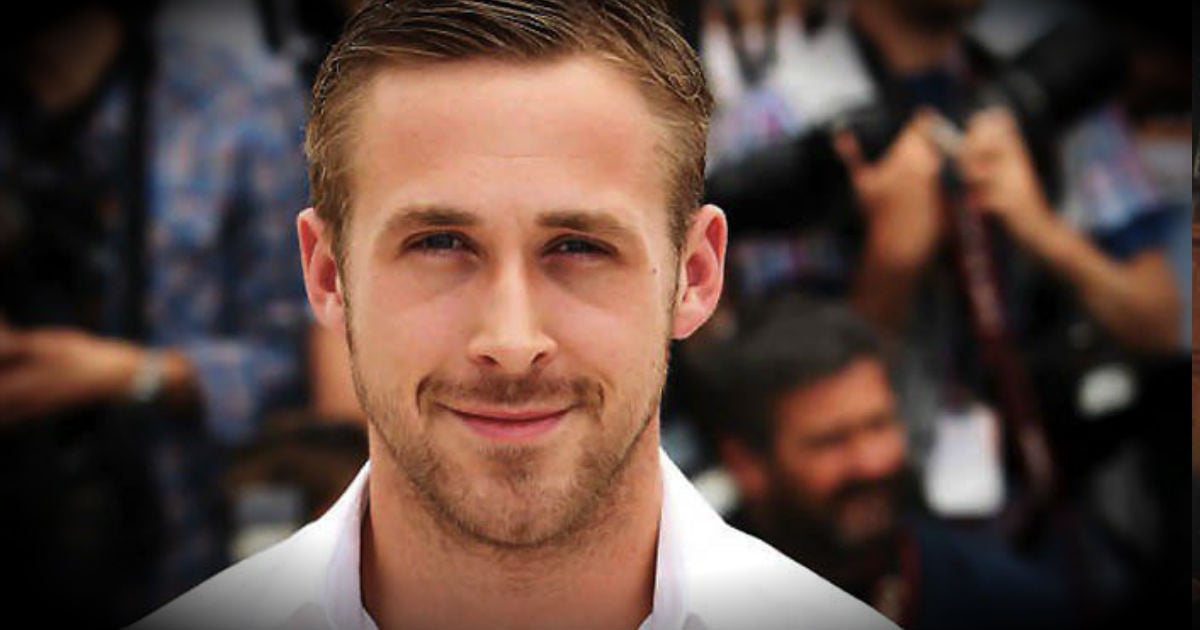 When commercial fisherman, Nick Haworth, brought home a beautiful 8-week-old German Shepherd Husky mix, he named her Luna after the moon that guides them at sea. Turns out, it was the perfect name for the blue-eyed pup who, after being lost at sea and presumed dead, showed up more than a month later to prove everyone wrong. And her incredible story of survival has earned Luna the reputation of being a miracle dog!

Luna regularly went out to sea with her beloved human, Nick. But on a trip off the coast of San Diego, roughly two miles from the Island of San Clemente — home to a military training facility — Luna suddenly went missing. 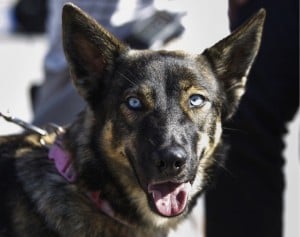 Nick says that one minute she was there, and the next minute she was gone. He searched the water and all around the boat, but there was no sign of his friend.

The Search Is On

Nick immediately contacted the Naval Base Coronado. He knew Luna was a strong swimmer and hoped against hope she’d be found. He spent several days on his boat, searching around the island for Luna, and the Navy deployed several search teams as well, including plane flyovers. But there was no sign of the dog, and woefully everyone assumed she must be dead. Nick came to the same heartbreaking conclusion.

RIP Luna, you will be greatly missed

It was difficult to accept that his best friend was gone, and so Nick hung on to Luna’s things for a while. But after a month passed, he finally gave up hope that his companion had somehow survived.

RELATED: Dog is reunited with his family after he’s been missing for 6 years

A week later, Nick finally got the call he’d been awaiting for so long. 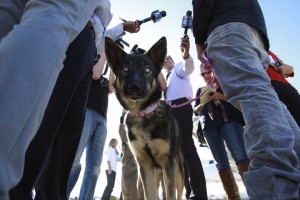 As staff members were arriving for work at the Naval Base, they spotted a dog sitting by the side of the road. It was a startling sight because there are no domestic animals on the island.

"They literally opened up the car door, whistled, and she jumped right in," said Navy wildlife biologist Melissa Booker.

The “miracle dog” was a hit with the Naval staff. No one could believe that she’d survived all this time on her own. Though she was a bit malnourished, Luna was otherwise happy and healthy. 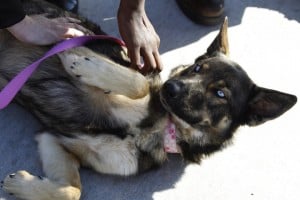 It is believed that the determined pooch paddled across two miles of “treacherous” waters, and then hunted small rodents on the island in order to stay alive.

It’s a feat that left the Navy staff in awe. After all, the island is used to train Navy and Marine personnel in Survival, Evasion, Resistance and Escape (SERE).

"That is the most amazing dog, we send people out there for serious training, and she did it all on her own," said Sandy DeMunnik, public affairs officer for the U.S. Navy's Naval Base Coronado. 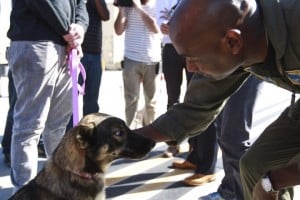 Luna made such an impression on the Naval Base that she was given her very own personalized dog tag. It’s been engraved with the powerful message, “For Luna, keep the faith.”

Nick was out of the state on a fishing expedition when the call came in that Luna had been found. She was flown to the Naval Base where Nick sent two of his good friends to pick her up. They, too, were overjoyed to see the brave pup! 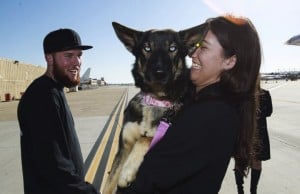 Nick, who never thought he’d get to see those beautiful blue eyes again, is ecstatic to have Luna home.

“I always knew she was a warrior,” he wrote on Facebook.

And Nick admits that, when the two sail off into the sunset, he’ll make sure Luna is kept safe under a more watchful eye, along with the use of a leash and doggie safety vest.

You can watch Nick being reunited with Luna in the video below:

“All things are possible for one who believes.” Mark 9:23

YOU MAY ALSO LIKE: This amazing dog survived being lost in the desert for 65 days 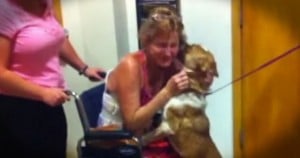