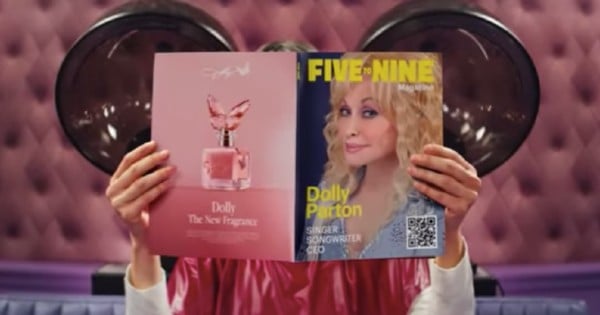 What a powerful moment it was as a young fan fighting cancer belted out ‘Don’t Give Up On Me’ on stage with singer Andy Grammer. The emotional duet is sure to bring tears to your eyes!

Celebrities are known to use their platform for their fans, especially those whose lives are different because of an illness. And Andy Grammer is no different. He was caught on camera singing, ‘Don't Give Up On Me' as a duet with a fan fighting cancer.

RELATED: Andy Grammer And The PS22 Chorus Sing A Moving Rendition Of ‘Don't Give Up On Me'

As it turns out that day, Andy needed someone to sing with, and Isaac Rodriguez was the perfect kid to get up on stage. Why? Because little Isaac has been fighting brain cancer since 2018. This video captures parts of his journey and how Andy made a difference for him.

WATCH: Andy Grammer’s ‘Don’t Give Up On Me’ Duet With Sick Fan

It all started when Isaac discovered Andy's new hit song. His mom and dad, Lynette and Jesse said he loved the song so much, he played it on repeat. He then became one of Andy's biggest fans especially after the superstar paid a visit to kids in the cancer ward at the hospital. This visit gave him the boost he needed to keep fighting.

RELATED: Singer Andy Grammer Hears A Young Fan's Mom Is Dying And Shows Up With Guitar In Hand

‘Don’t Give Up On Me’ Takes On Special Meaning

When he discovered Andy Grammer's song, his parents said, he connected with every word. It became his theme song.

He wasn't going to give up fighting and he didn't want anyone else to give up on him too. Even up until his last dying breath, as the lyrics of the song say, Isaac is going to fight and asks that everyone keeps up the hope, faith, and belief that he will beat his brain tumor.

RELATED: Brave 6-Year-Old Cancer Patient Belts Out ‘Fight Song' At Wedding And It's Too Good To Miss

His parents knew their son would need a reason to keep fighting his cancer. After a month of treatment, they took him to see Andy in concert. "I've met Isaac a couple of times now and he always amazes me. He has this quiet strength." I met him at the hospital and then I met him at this meet and greet before I brought him on stage," the singer said.

Andy saw him in the crowd and did something no one expected. He invited this frail little boy to get up on stage and sing with him. He asked Isaac to be the guest of honor!

"Who would be better to come and sing this song with me other than someone that as a kid is doing something that is heroic?" Andy said.

YOU MAY ALSO LIKE: Singer Andy Grammer's Real-Life Act Of Kindness For 5 Older Ladies Is Really Divine Intervention

What an incredible gift both Andy and Isaac gave each other. "There are heroes among us and Isaac is one of them," Andy added.

"Be on your guard; stand firm in the faith; be courageous; be strong." 1 Corinthians 16:13