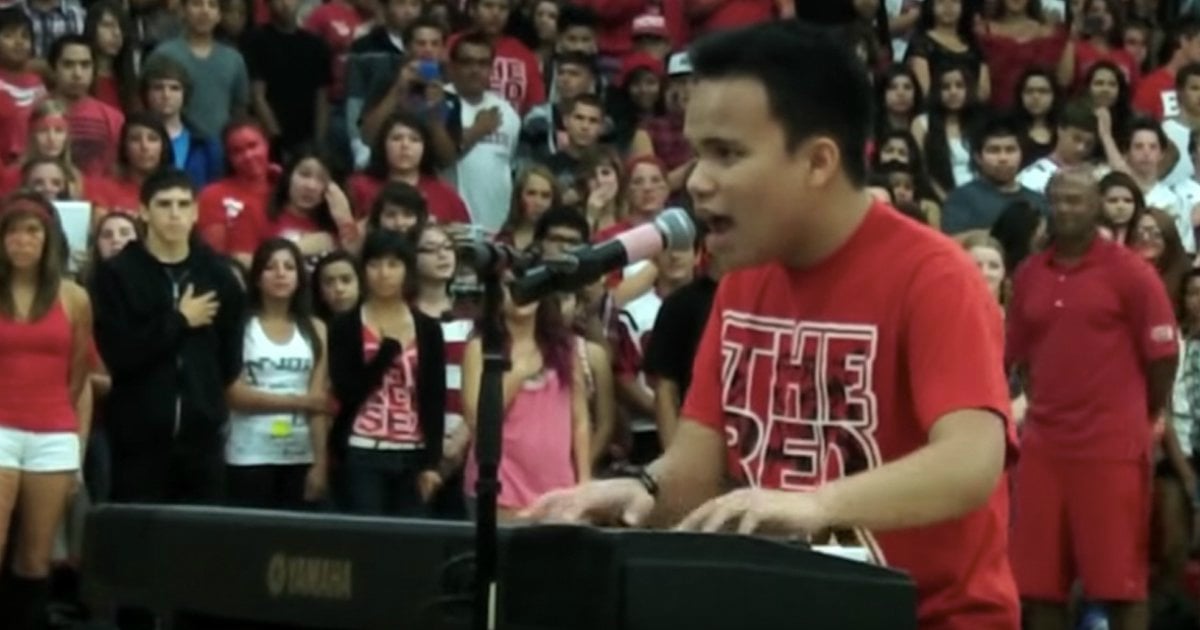 Dying mom Ellie and her son Jalen got the surprise of a lifetime when singer-songwriter Andy Grammer turned up on the doorstep with a special serenade.

35-year-old Andy Grammer has been a staple in the music scene for over a decade. He garnered national attention with hit songs like "Honey, I'm Good" and "Keep Your Head Up." The versatile artist even appeared as a contestant on season 21 of Dancing With The Stars.

But Andy Grammer isn't immune to the ups and downs of life.

In 2009, Andy lost his mother to breast cancer and her death still effects him to this day. There are moments when he thinks of a memory or sees a family together and finds himself missing his beloved mom. So, when Andy heard about another mother and son going through a similar battle, he knew he wanted to step up in a special way.

40-year-old Ellie is mother to a young son named Jalen. Recently, she was given just weeks to live after battling breast cancer and brain tumor. Now, Ellie is doing all that she can to prepare her son and family for her departure from this Earth. Jalen is a huge fan of Andy Grammer.

Jalen and Ellie would listen to his songs and even watched him perform on Dancing With The Stars. Today, Andy is surprising this mother and son with a special serenade of an original song he wrote just for pair. Andy told Jalen that he lost his mom too so he wrote ‘Ellie' for Jalen during his times of grief. "This is a song that when you really miss her a lot, you should sing this one."

Everyone in the room was full of tears after this emotional performance and it's such a beautiful gift from this kind artist.

YOU MAY ALSO LIKE: Stranger's Rally Behind Mom's Desperate Plea To Wrestling Star John Cena

Sadly, Ellie passed away on February 9, 2016 but the legacy she left will truly last a lifetime.