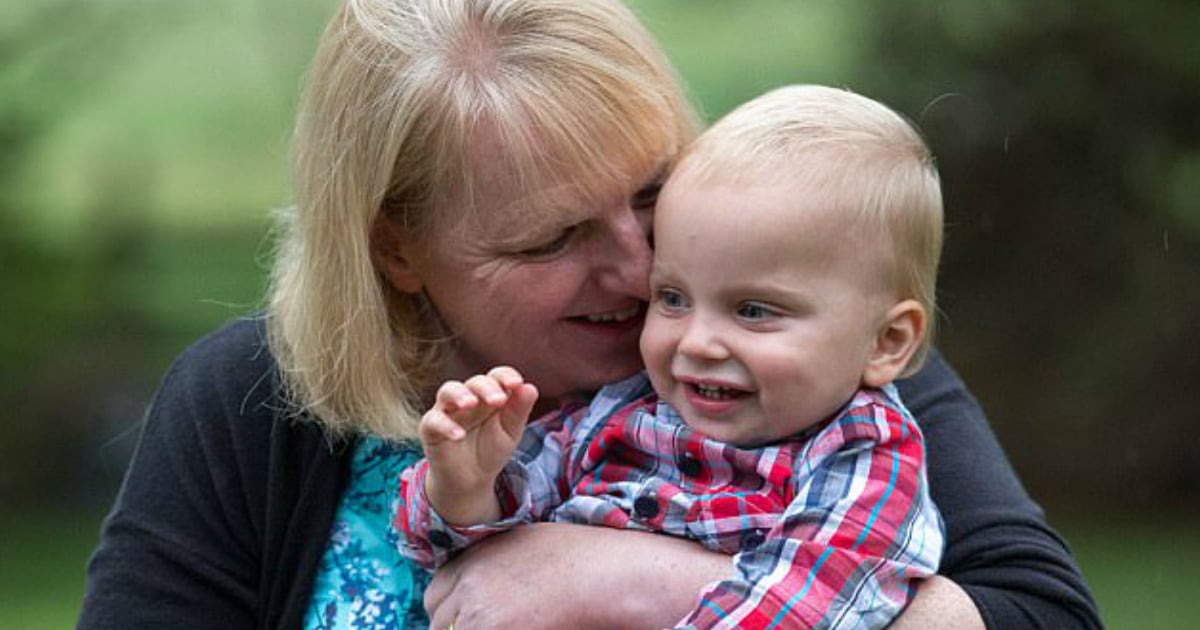 It's hard to understand how Andy Sandness, at just 21 years old, suffered from such despair that he sadly tried to take his own life. But miraculously he survived. And through an incredibly rare surgery, Andy became the first-ever face transplant recipient at the Mayo clinic. Now, this suicide survivor is inspiring others with his incredible testimony and renewed purpose in life!

During Christmas in 2006, Andy Sandness attempted suicide at his home in Wyoming. Depressed and having drank too much, he decided to take his own life and shot himself. Instantly, when he realized what he had done, regret set in. "Please, please don't let me die! I don't want to die," Andy begged of the responding police officer.

Doctors were able to save Andy's life. But his face was so severely damaged, that he avoided going out in public. Children asked questions, people stared. Andy felt worse than insecure, he felt isolated. “I wouldn’t go out in public. I hated going into bigger cities," he shared.

Ten years later and states apart, a young Minnesota man lost his battle with depression. 21- year-old Calen "Rudy" Ross took his own life, leaving behind a young wife, Lilly, who was eight months pregnant with his child.

Calen lost his battle with depression, but his life was not in vain. He left behind the legacy of a beautiful baby boy, Leonard, and a priceless gift for a complete stranger. That rare gift would not only change the life of a struggling man he'd never met but also provide some comfort to the family he left behind. Calen was an organ donor, and even more than that, doctors discovered that he was an extremely rare perfect match for a face transplant.

Meanwhile, Andy was still unaware of the possibilities for a better life that lay ahead of him because of a man he'd never met. But there was still the question of Calen's family agreeing for the face transplant. Could Calen's family agree to this? Would Lilly be okay seeing her husband's face worn by another man? She knew Calen would have wanted to offer himself for the face transplant. Lilly said, "I am filled with great joy knowing that he was able to give a little of himself to ensure a better quality of life for someone else." Lilly understood how much Calen's contribution would mean to their son one day.

"I believe there is a reason I am here," Andy stated. “If my story could help just one person reach out to somebody, just to talk, then I would feel like that was my purpose now.” Andy's new approach to life was apparent when He finally met with Calen's widow, Lilly.

Andy and Lilly both took comfort from their meeting. He closed his eyes as she rubbed her fingers across the bare patch on his beard. She recalled that Calen had always grown his beard long so he could cover this area on his chin. The two made the decision that they'll form a friendship, and Andy vows to set up a trust fund for Calen and Lilly's son, Leonard.

This meeting was an opportunity Andy used to express gratitude and explained, "I wanted to show you that your gift will not be wasted."

YOU MAY ALSO LIKE: Marine Vet Gets Double Arm Transplant

Even in the midst of such a hard story, it's easy to see God's hand at work in the story of these two men and how he orchestrated their lives to intertwine. There are no coincidences with God! While we don't know why some things happen, we can trust that He has a plan.

Before his suicide attempt, Andy lived with depression. Afterward, he felt isolated. Now, Andy believes in his purpose. He's prepared to embark on a new life. He's planning to marry, and enjoys the small moments of life that so many take for granted. "Now I'm just really spreading my wings and doing the things I missed out on - going out to restaurants and eating, going dancing," Andy happily shared.