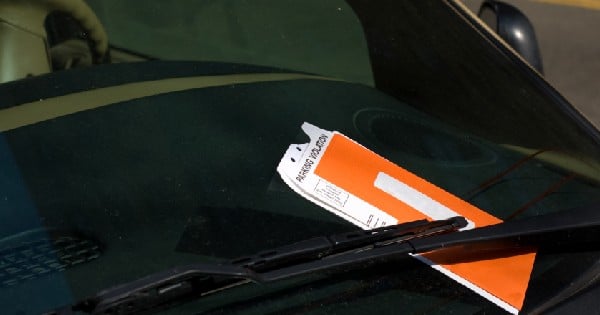 At a church in Forth Worth, Dallas Wiens’ old life was taken away from him. But, years later, he was blessed with a new life at that very same church when he married the love of his new life, Jamie Nash of Garland.

“I am blessed beyond measure that you have chosen me, and I love you with all of my heart,” Dallas vowed to Jamie while all of their friends and family looked on at the Ridglea Baptist Church.

The two, a match made in heaven, met at Parkland Memorial Hospital in 2011. There, they were in a support group for burn victims together. Dallas went to the group for support after a work accident robbed him of his sight and face in 2008. While making repairs to a church window, his head touched a high-voltage power line. Jamie was in the group because over 70% of her body was burned during a car accident in 2010.

One of the most amazing things about Dallas is his recovery. He lost his face in the accident and doctors spent months smoothing out his skin so that he could be the FIRST recipient of a face transplant. The surgery was successful, but he had lots of ground to cover before he was back to his normal self – or at least close to it. Jamie is the glue that now keeps him together. They are absolutely perfect for each other, bonding in ways that many other people can’t understand.

“This is a giant step for him being independent,” Sue Peterson said. “He’s marrying someone who can share about their pain that they’ve gone through, and their recoveries. They have fantastic attitudes about why they’re where they are.”

After the Reverend Scott Cox pronounced Dalls and Jamie as husband and wife, they held each other tenderly and held a long kiss, eager to start their new lives together and give each other the support they need and deserve. Dallas underwent more than 30 surgeries to get a face back, but when he married Jamie is when his true new life began at that fateful church.

No matter what trials we face, God has a plan for all of us. Both Dallas and Jamie have suffered much in their lives, but now they can grow closer together in love and happiness, all because they just happened to meet in the support group. God knows where we’re going – even if we do not!