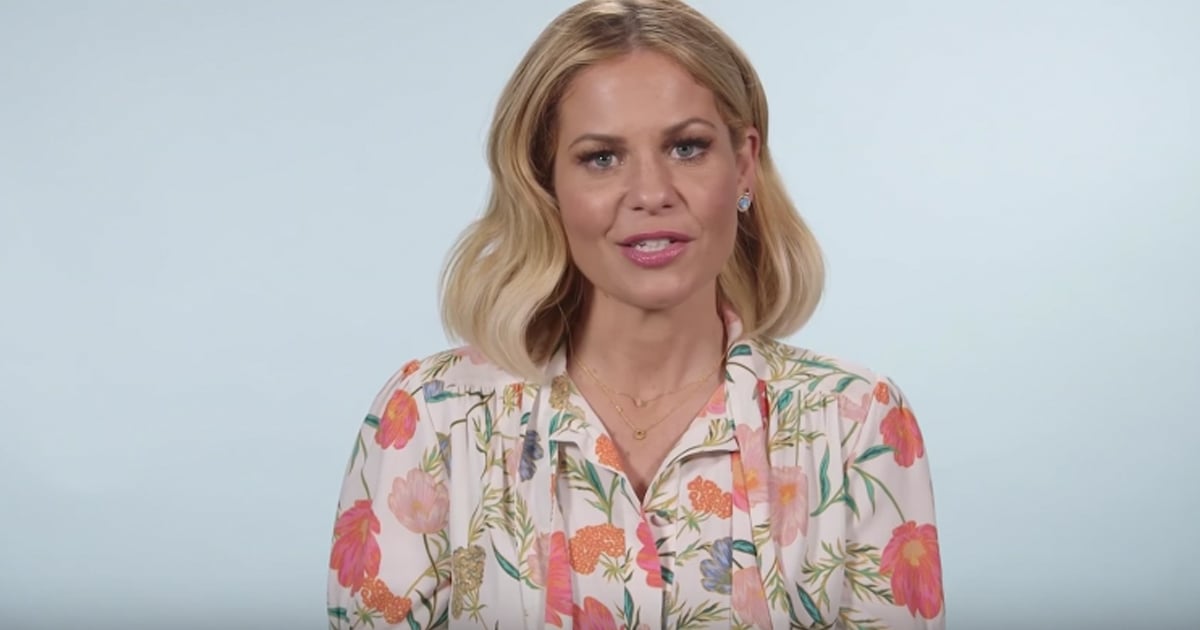 Faith Hill and Tim McGraw’s real-life love story has spanned more than two decades. And now, the Country music power couple is preparing for the “empty-nest” stage of their lives. After 21+ years of marriage, they’re opening up about what keeps their love going strong.

Not surprisingly, music brought these two together. Their paths first crossed in 1994 backstage at the annual Country Radio Seminar in Nashville. They kept their relationship strictly professional, but Tim felt sparks instantly.

Two years later, Faith became Tim’s opening act during his first major headlining tour called the “Spontaneous Combustion Tour.” Their connection was impossible to ignore and Faith broke things off with her fiancé.

One of the sweetest stories of their whirlwind courtship is when Tim showed up on Faith’s doorstep with cornbread and a big bowl of chicken and dumplings he’d made himself.

“He said, ‘I made these myself. They’re homemade from scratch.’ He had the bowl covered in aluminum foil, and he had a spoon and a fork on top of the bowl,” Faith recalled. “He said, ‘I didn’t know if you liked to eat your dumplings with a spoon or a fork.'”

Music may have brought them together, but it was their troubled childhoods that bonded them.

"Although our stories are very different, there was a missing link within our souls that we both related to," Faith explained.

Faith was adopted. And while she loved her “salt of the earth, hardworking” family, as more of a free spirit herself, she always felt like a misfit. The stark difference in her personality paired with no knowledge about her biological family left Faith feeling like she never really fit in.

But God used Faith’s and Tim’s early struggles to uniquely bond them together in a special way.

"I knew I had that ­instability and dysfunction in me, from the way I grew up," Tim said. "And when I met Faith, I knew I needed her in my life — to keep me stable, solid and on track."

Faith Hill And Tim McGraw’s Real-Life Love Story: I Do

With such powerful chemistry, it was no time before Tim spontaneously proposed. During their tour, the two lovebirds made a few jokes about getting married. Then, one rainy day, Faith completed her set and came offstage to the dressing room.

Tim grabbed her hand, dropped to one knee and said, “I’m really serious. I want you to marry me.” Faith thought it was another joke.

“We’re at a country music festival in a trailer house, and you’re asking me to marry you?” she laughingly replied.

It was Tim’s turn to perform. But as he left for the stage, he assured Faith he was serious. When he finished his set, he came back to find a special message from Faith drawn onto the mirror of his fold-out armoire.

Woke up to on our anniversary!!! pic.twitter.com/GoAIfSdGhK

“Yes, I’m gonna be your wife! I love you,” read the message Faith had written with Sharpie marker and surrounded in lipstick kisses.

Tim never got rid of that mirror. He says he still has it to this day.

On October 6, 1996, Faith and Tim invited friends and family to a softball game and concert in Tim’s hometown of Rayville, Louisiana. But it was actually their surprise wedding!

The happy couple didn’t wait long to start a family. By May of 1997, their first daughter, Gracie Katherine, was born, followed by Maggie Elizabeth in August 1998 and Audrey Caroline in December 2001.

Of course, celebrity status can be hard on marriages. And by 2008, the music star lifestyle caught up with Tim.

By then, Faith had put her career on hold so she could put family first. She stayed at home with the kids while Tim continued touring.

Tim was good about coming home every chance he got. But his life on the road led him into dangerous territory. By his own admission, he’d gone too far with drugs and alcohol.

That’s when Faith dropped her ultimatum:

“Partying or having a family. Pick one, buddy.”

Thankfully, Tim chose to honor his marriage. He did the hard work to get (and stay) sober, as well as got in shape. 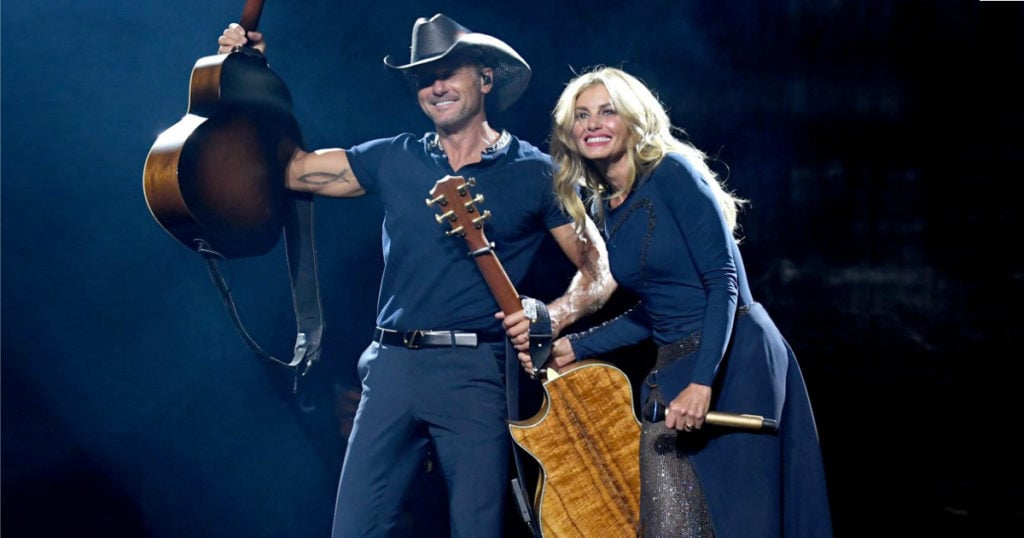 Faith and Tim have weathered more than 21 years of marriage. And while they say a lot has changed from the “early years,” through all the ups and downs, their devotion to one another has stayed the same. But how?

For starters, the two continue to prioritize their time together — both as a family and as a couple.

When Faith stayed home so their girls could attend school and have a “normal” life, Tim flew home to show up at nearly every play, musical and track meet. He even did some coaching for his daughters’ sports teams.

"We made a choice to do it that way, and we don't regret it for a second," Faith said. "They come first no matter what."

But the two also always make time for date night. And through the years, it’s really become more about enjoying each other’s company.

"Funny, as we get older it's less about the big gestures and more about just spending the time together at home," Tim said. "For our 20th wedding anniversary, we stayed home, in our pajamas and watched TV. We loved it."

With all three of their daughters nearly all grown (Gracie, 21, Maggie, 19, and Audrey, 16), the couple is spending even more time together on tour. 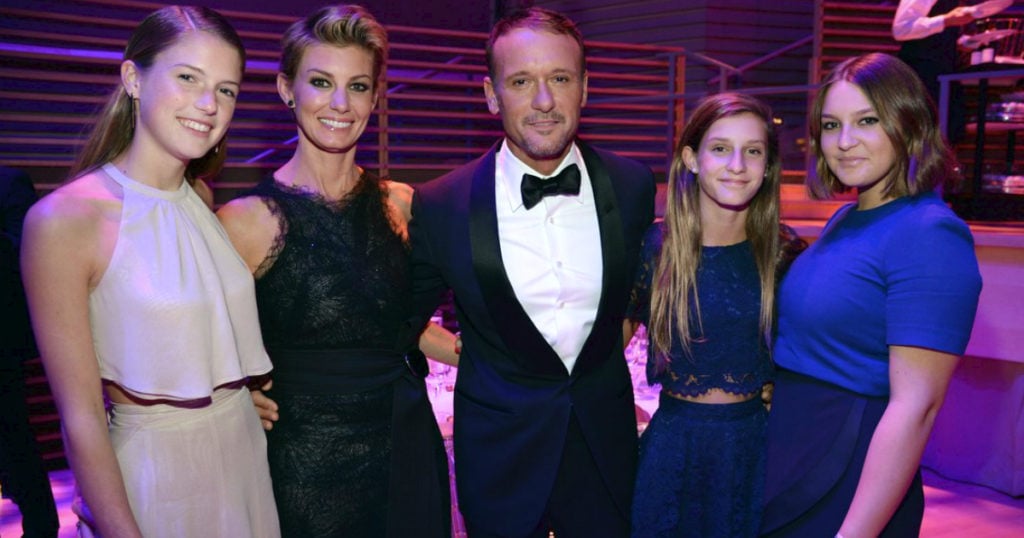 But the couple does more than just make time for each other.

"Tim and I share a quick quiet moment together before hitting the stage," Faith says. "Always praying."

Prayer is certainly one of the most important parts of marriage. God is the cord binding two together and the best way to keep a marriage strong!

WATCH: Faith Hill And Tim McGraw Sing ‘Keep Your Eyes On Me’

“Two are better than one because they have a good return for their labor: If either of them falls down, one can help the other up. But pity anyone who falls and has no one to help them up. Also, if two lie down together, they will keep warm. But how can one keep warm alone? Though one may be overpowered, two can defend themselves. A cord of three strands is not quickly broken.” Ecclesiastes 4:9-12

YOU MAY ALSO LIKE: Inspirational True Story of Woman Finding Love After Acid Attack Nearly Killed Her