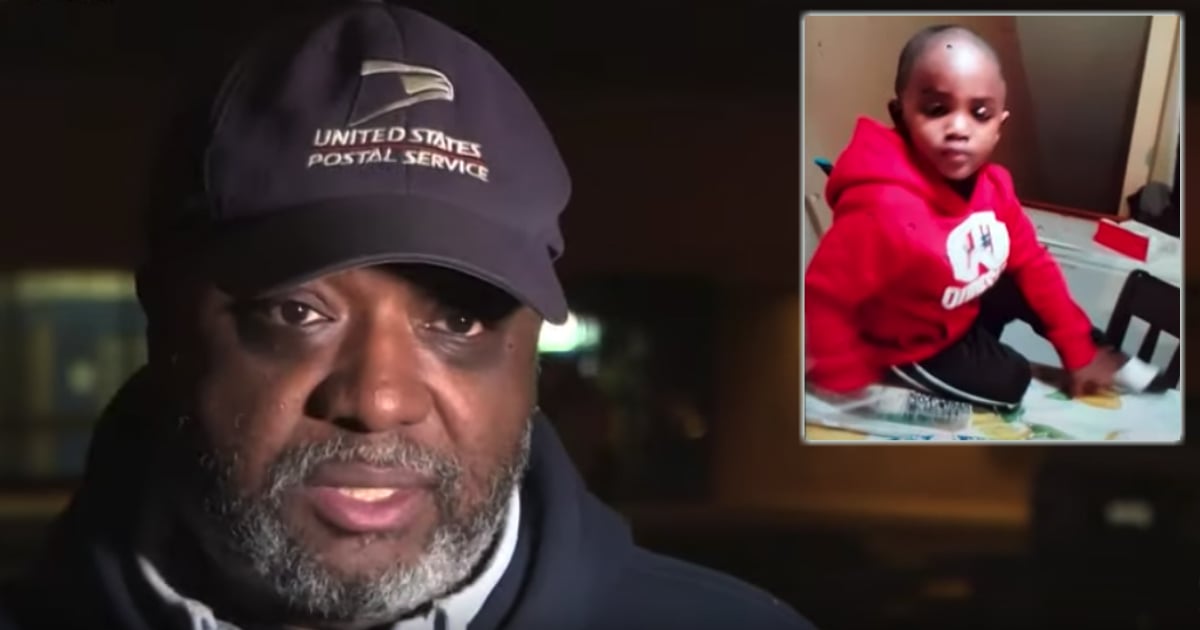 While delivering pizza, a 2-year-old boy surprised Ryan Catterson with a spontaneous goodbye hug. But after losing his own child that week, the embrace felt like it came straight from Heaven!

God shows His love to us in so many different ways. And after pizza delivery man, Ryan Catterson, lost his 16-year-old daughter, God showed up in an unexpected goodbye hug.

RELATED: Dying Trucker Gives Wife Of 44 Years Goodbye Hug As He Heads Out For Final Ride In 62-Year-Old Studebaker

Ryan Catterson showed up on the doorstep with Lindsey Sheely’s pizza. But the delivery was anything but routine!

Lindsey’s 2-year-old son, Cohen, surprised everyone as he bolted outside to give Ryan a goodbye hug. And the Sheely family’s doorbell security camera caught the sweet moment on film.

The proud mom decided to share the precious moment on social media.

"I put it on my Instagram, actually. I just put it up in my stories because we thought it was funny and cute," Lindsey Sheely says.

The video eventually made it back to Ryan. After seeing it, Hhe reached out to thank Lindsey and Cohen for the unexpected goodbye hug. And that’s when Lindsey discovered the pizza delivery man had recently lost his own daughter.

Lindsey knew right away divine intervention was behind her son’s unexpected act of kindness.

“That hug from Cohen was a little blessing from God,” she said. “I believe in divine appointments and know that Ryan was the one to deliver our pizza for a reason.”

Ryan Catterson lives in Rhode Island. But his 16-year-old daughter, Alyssa, lives in California with his ex-wife, Danielle McCord.

Sadly, Alyssa struggled with mental health. And the night Cohen ran out to give Ryan a hug was the same week his daughter had passed away unexpectedly.

"It's going to be tough to know that I'm not going to be able to hug her again," the grieving dad said.

So, at the time, neither Lindsey nor 2-year-old Cohen had any idea just how much the sudden embrace meant to Ryan. But it was just what he needed, right when he needed it. And Ryan, too, believes Heaven sent the goodbye hug.

"After losing my daughter this past week, it just touched me because it was like she was there," Ryan said. "It just meant a ton to me."

Toddler’s Act Of Kindness Inspires Many

As the sweet video circulated, the goodbye hug had a huge impact on Ryan’s ex, too.

"It's so easy to miss people and their internal pain," Danielle McCord said. "That even goes to our daughter. We didn't know her pain. I can't help but be grateful that somebody saw his pain and was able to be there for him."

And after the video of the 2-year-old embracing the pizza delivery man went viral, God’s love has continued to pour in by way of support from strangers.

“I give my thanks to Lindsey Sheely for being so supportive of us,” Danielle said on Facebook. “We're total strangers, but you'd never know that based on the love and support she's given.”

Likewise, donations rolled in to help the grieving family from both Rhode Island and California reunited for a memorial service for Alyssa.

YOU MAY ALSO LIKE: Twins Made History With A Miracle Hug

It’s amazing to see the many mysterious ways in which God works. You never know when a small act of kindness, something like a goodbye hug, will have a huge impact!