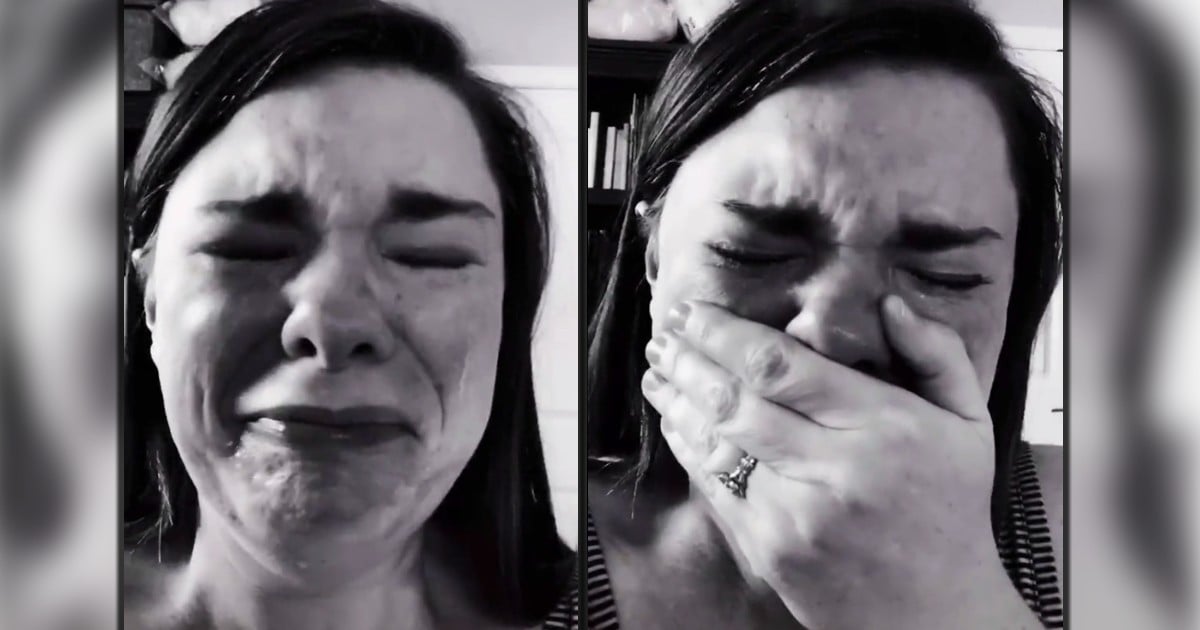 Hannah Setzer looks different due to ‘thousands’ of cysts on her neck and head caused by a cystic hygroma diagnosis. And she’s endured plenty of taunts and stares throughout her life. But this inspirational overcomer won’t let any of that stand in the way of her big dreams!

A story about someone who’s been bullied and persecuted because of her disfigurement may not sound like a positive news story.

But seeing how Hannah Setzer responds to all the adversity is so inspiring!

Rare Diagnosis Causes ‘Thousands’ Of Cysts On Neck And Head

Doctors urged Hannah’s parents to abort their little girl, warning she likely wouldn’t survive birth. And if she did, they claimed she would never walk or talk.

Thankfully, Hannah’s parents declined the doctors’ advice. And since the day she was born, Hannah Setzer has shown only God has the power to say what she will or won’t do!

Hannah was born with cystic hygroma, a rare lymphatic disorder causing the growth of cysts. And as doctors tried to remove some of the cysts following birth, they accidentally removed some of Hannah’s facial nerves, too. This left Hannah with “literally thousands” of cysts on her neck and head, along with the inability to close her eyes or mouth. So, things like smiling and eating/drinking orally are impossible for her.

"There are literally thousands of the cysts in my head and neck, they're in my airway and esophagus so I need the trach and feeding tube," Hannah explained.

While growing up, the disfigurement caused by her cystic hygroma diagnosis and the doctors’ errors made Hannah the subject of stares and, at times, bullying. It’s something she still faces today.

But this inspirational overcomer hasn’t ever let any of that hold her back.

“People have stared, pointed and whispered ‘what's wrong with her?' a million times over – I've heard it all,” Hannah Setzer recalled. “But I honestly don't care – people can think I'm ugly or dumb or look weird or scary and that's fine. I think I'm really great and that's what matters.”

After her birth, doctors estimated Hannah Setzer wouldn’t live beyond one year. But Hannah not only survived but thrived. She kept proving doctors wrong and was even changing her own feeding tube as a teenager.

Part of Hannah’s journey involves a wonderful support system. She’s always had her mom and dad cheering her on. Growing up in a small town in Virginia, they joined a support group for parents of children with facial anomalies. So, while Hannah’s cystic hygroma diagnosis was unique, she interacted with other kids who also relied on feeding tubes and tracheostomy tubes.

Hannah met her husband, Brandon, in 2016 and they married a year later. Now, the couple is raising four foster sons, ages 10, 11, 13, and 14. And the boys are fiercely protective of their mom. They are quick to defend her if anyone makes comments about her appearance from the cysts on her neck and head.

"They often joke that they'll always protect me!" Hannah said. “They'll protect me until the sun goes down. . . . I also know that kids are kids, and mine are no different. They'll stare at someone in a wheelchair, but it's my job to tell them how to handle it.”

Overcomer With Cysts On Neck And Head Inspires Change

Hannah Setzer is inspiring more than just her own boys to take a more accepting approach to physical differences and disabilities.

In 2018, Hannah accepted a 30-day exercise challenge as a part of her New Year’s resolutions. But she didn’t stop when the 30 days passed. And her commitment to fitness became just another way Hannah Setzer defied the limitations so many put on her life.

“On Instagram, I didn’t see a lot of people with disabilities who were exercising and moving. I felt maybe I should do that,” she explained. “I had never seen someone with a feeding tube doing what I was doing online or in magazines, so I thought maybe I should be the first person to do these things-so no one else can say I haven’t seen someone who looks like me.”

And Hannah and her husband, Brandon Setzer, are working to do even more to help change the world for people with disabilities. They want to create an accessible playground and community center catering to people living with disabilities.

Because of the physical differences caused by the cysts on her neck and head, Hannah Setzer has endured plenty of stares and cruel words in her life. And she thinks it is "ridiculous that disabled people get talked to like that constantly."

In addition to the challenges of unwanted attention comes the difficulty of navigating spaces not built with accessibility in mind. Essentially, Hannah and Brandon long to create a supportive “hub” for people with disabilities, especially those aging out of the system.

"We have big dreams," she said. "This is not like the end solution to ending inequality. But it's creating something out here in the country where there is not a lot for the community."

Hannah’s efforts at paving the way for people with disabilities is a beautiful example of 2 Corinthians 1:3-4. Because of the trials she’s faced, Hannah is now helping others facing similar experiences.

God blessed Hannah with incredible tenacity. And the support she received from family and friends helped fuel that tenacity as she faced mistreatment over the disfigurement from the cysts on her neck and head.

Now, Hannah Setzer is looking to offer that support to others. What an inspiration for us all!

YOU MAY ALSO LIKE: Mom of Ryder Wells Has a Message to Those Calling Her Son a ‘Monster' on the Playground

“Not only this, but we also rejoice in our sufferings, knowing that suffering works perseverance; and perseverance, proven character; and proven character, hope: and hope doesn’t disappoint us, because God’s love has been poured out into our hearts through the Holy Spirit who was given to us.” Romans 5:3-5