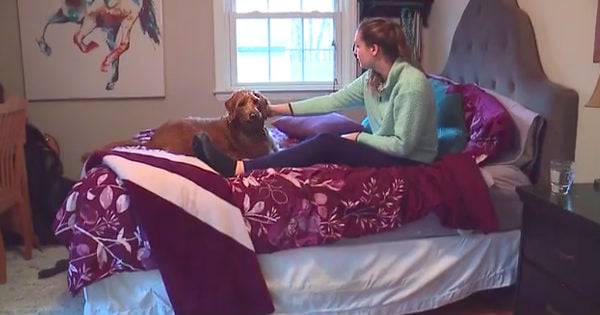 In this hilarious clip going viral, a horse plays dead in order to get out of being ridden. The video is sure to make you laugh, and it shows that this horse may have a future in acting!

Throughout time, horses have helped humans in numerous ways, and they continue to do so today. From pulling plows and other agricultural needs, to being used as transportation such as pulling a buggy, they have been an asset in so many ways. But some horse's work ethic, just like humans, can differ.

RELATED: Mom Bringing A Cat Home Even Though She’s Allergic Is Fulfilling A ‘Dying Wish’

That case can be said for the horse Jingang. What a fun-loving, playful horse he is! Whenever it appears like someone might start riding him, he stubbornly refuses and plays dead. And he goes all out! He collapses on the floor, spews his limbs out, and even sticks out his tongue from time to time. It is definitely a comical sight to see!

Comical Horse Has A Knack For Playing Dead

"It's cute but naughty," says Jingang's owner. "Quit it and get up now!" he tells the horse as he's lying on the ground and not cooperating.

Jingang has kept up this playing dead act for a while, as you can see through the many instances that are shown in the video. People find it absolutely hysterical, and the clip has been viewed over 25 million times on Facebook. It has also been shared over 600,000 times.

YOU MAY ALSO LIKE: 2 Bears Stealing Honey Get Caught In The Act And Farmer Cleverly Turns Them Into Taste Testers

Thanks to his playful antics and stubborn personality, Jingang has brought smiles and laughs to many people. God bless that silly horse!