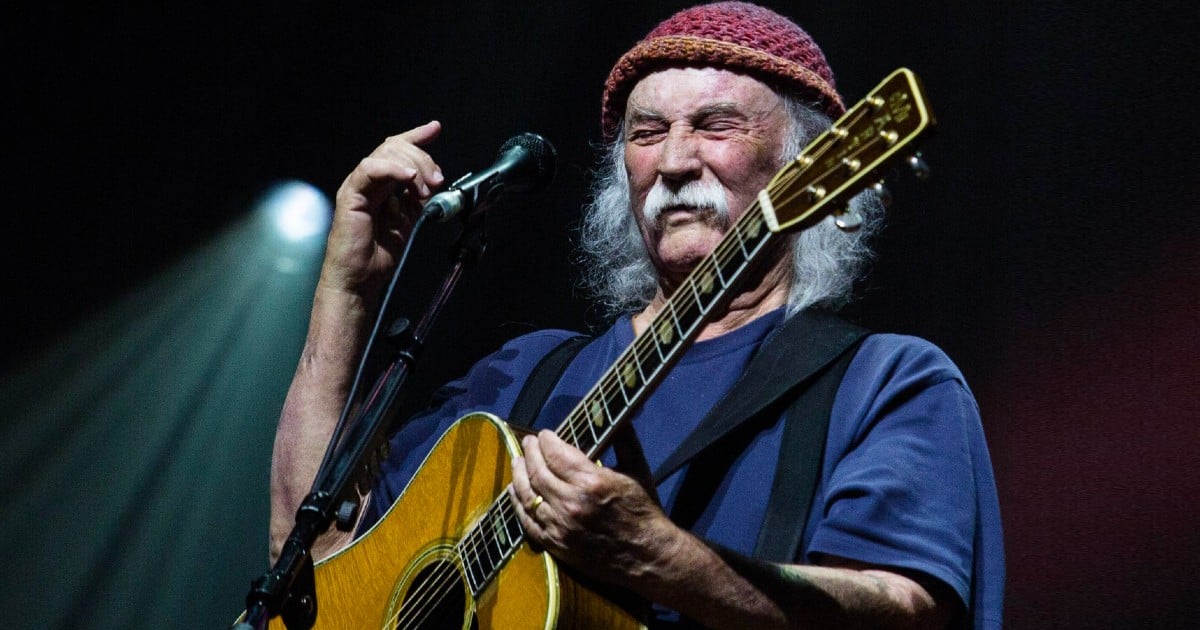 Singer David Crosby Dead At Age 81, But Not Before Reuniting With His Long-Lost Son
Read Article »

At 19, most kids don't know what they want to do tomorrow, let alone what they want to be when they grow up. Well, in 1991, Brad was on a date to see "Father of the Bride." He remembers noticing Kimberly on the big screen. Soon after that, Brad's date broke up with him for his best friend. So, when the sequel came out four years later, he went to see it by himself.

He went to the same showing on the same day as his previous date in hopes that she might come and they could mend their relationship. Well, she didn't show.

But Brad's disappointment was short-lived when he saw Kimberly on the screen again. He remembers thinking, "she seems like a great girl - smart and funny and all those things that are so hard to find."

The Sweet Story Of How Brad Paisley Met His Wife

Five years later, he was writing and singing songs and making music videos. He was named Academy of Country Music's top male vocalist that year too.

He wrote the music for his fourth studio album, ‘Part 2,' the name of which is based on the Father of the Bride sequel. When looking for actors for his video to the hilarious song "I'm Gonna Miss Her," he knew just who to ask. And this is how Brad Paisley officially met his wife!

He said, "It felt natural to ask her to be in it. Even though I didn't know if she was married, divorced, or just out of rehab." He called Kimberly himself, and they ended up talking on the phone every day after that.

RELATED: Harry Connick Jr. Serenades His Wife Jill With ‘One Fine Thing,' The Song He Wrote For Her

Kimberly jokes, “He stalked me. That’s the long and the short of it. He says it was love at first sight for him, and for me, it was more like love at first month or two.”

The Touching Love Story Of Brad Paisley And Kimberly Williams

Kimberly, being a born and raised New Yorker, didn't know a thing about country music when the couple met. She thought they sang Opera at the Grand Ole Opry. Kimberly has said, "We just felt like all the events of our lives had come together for us to meet right when we did."

RELATED: Kimberly And Brad Paisley Open Up About Dementia

Brad says that Kimberly and the life they've built together give him more to write about. He told Good Housekeeping, “Before, I had nothing to write about but failed relationships and life on the road. Now, I feel emotions more deeply in every sense. When you feel that kind of love … it even makes for better songs.”

This duo is as sweet as it is hilarious. The couple is known to post hilarious pictures and videos on Instagram and Facebook. They live in Nashville, TN, and have two children, Huck and Jasper.

This sweet love story proves that if two people are meant to be, God will make it happen.

YOU MAY ALSO LIKE: Melissa Gilbert Married Her Soulmate And Here's The Unlikely Way Their Love Story Began

Therefore what God has joined together, let no one separate. Mark 10:9

LISTEN: They Never Stopped Looking For Their Baby | Real "Big Mike" From The Blind Side Just Married