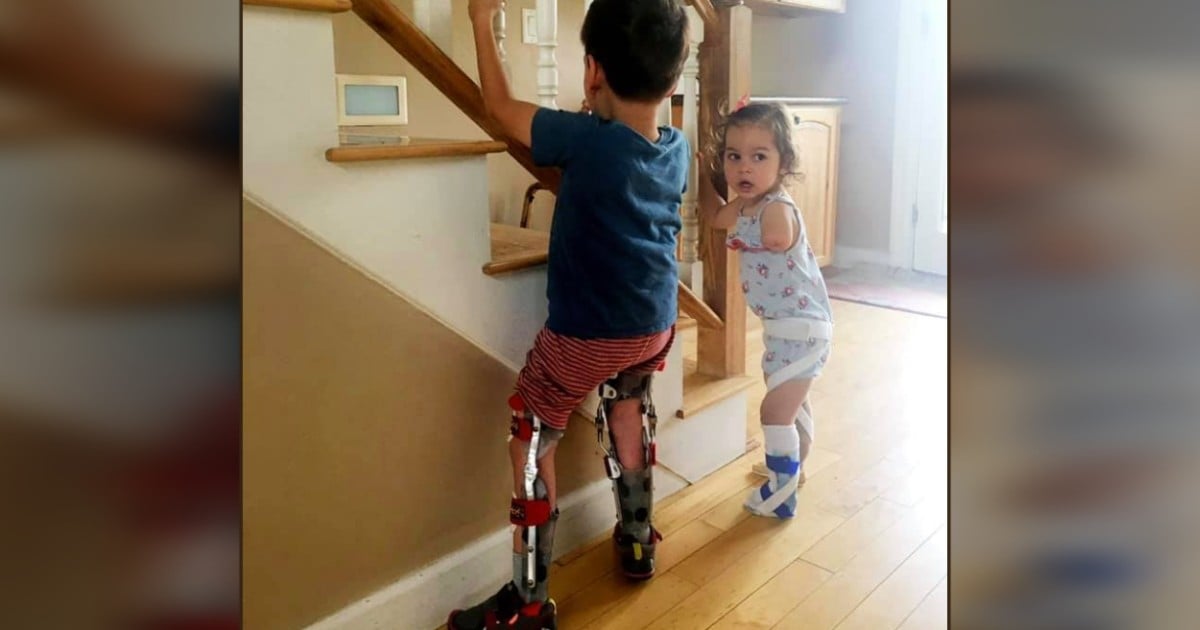 If anything were to ever happen to us, in those final moments our last thought is typically to say goodbye to our loved ones. And that was what was running through Nick Copson's mind when he was involved in a terrible car crash. This husband shares his last goodbye with his wife after quickly grabbing his phone.

Chef Nick Copson was on his way to work in September 2018 when he was in a head-on car accident with another car.

The crash was really horrific, and it left Nick in really bad shape. He didn't know it yet, but he'd lost both of his legs and suffered from some pretty severe injuries such as broken ribs, punctured lungs, shattered vertebrae, and a severed spinal cord. At this point, all Nick knew was that he probably wasn't going to survive. That's when Nick reached out for his phone.

Nick found his phone, and in the moments that he was certain were going to be his last, he called his wife Nikki and their son, Connor, and left them a 12-second message. He wanted to tell his family that he loved them and goodbye.

Husband Shares His Last Goodbye With A Message On His Phone

When medics found him, they also believed that Nick would not survive. Nick's wife, Nikki, was driving in her car when she overheard a report on the radio about the accident. Nikki immediately had a ‘sick feeling' hearing the report.

"I knew that it was bad when I heard a female police officer answering my husband's phone. I just said ‘is he dead?" The police explained the terrible accident and the severity of Nick's injuries. They also shared that he had left her an emotional final message on his phone.

When Nikki arrived at the hospital, she found that the doctors had placed Nick in a medically-induced coma to save his life.

About a week after the crash, Nick underwent an operation on his spine which did not go well. He had to be saved three times in the midst of the surgery. In addition to his injuries, Nick would go on to face a fungal blood infection–sepsis, kidney dialysis, as well as a blood clot condition.

Miraculously, Nick would pull through. But his recovery was not without difficulties. The 47-year-old would remain paralyzed because of his spinal injuries. He showed incredible strength through this because he remembered who he was fighting for, the loved ones for whom he'd recorded that ‘final' message.

"I was very emotional listening to the message," admitted Nick. He then added, "It was quite harrowing. I thought ‘wow I cannot believe that I did that." Nick shared. "I knew that I might not make it, and I thought, ‘I cannot leave the planet without saying goodbye.'"

After 20 months, Nick was finally able to leave the hospital to continue to rehabilitate in his own home.

Nikki commented, "We cannot thank the air ambulance and intensive care staff enough, they know how fantastic we think they are. They saved his life."

YOU MAY ALSO LIKE: Fleeing Suspect Slams Into Police Officer But Wife Says Angel Was Watching Over The Father Of 6

The story behind Nick's recovery is nothing short of a miracle. Though his life looks very different now, he remains grateful for his blessings. “My wife has and continues to be my rock, always by my side every day.”

Give thanks to him and praise his name. For the Lord is good and his love endures forever; his faithfulness continues through all generations. –Psalm 100:4-5