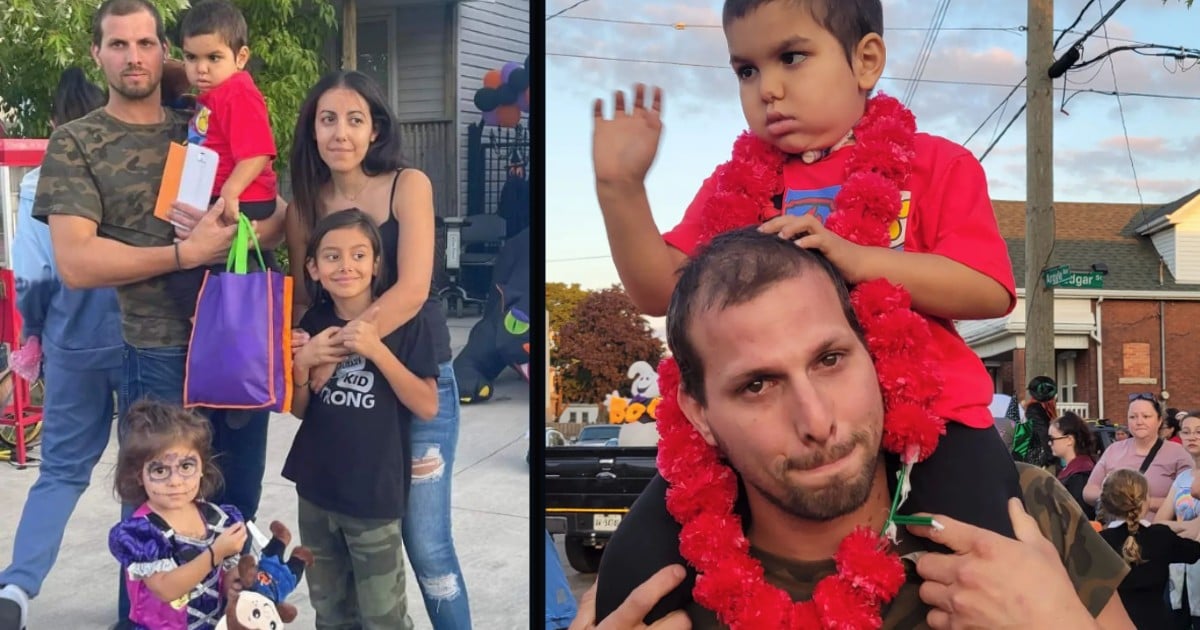 His mother hoped for the best and expected the worst as her Indiana teen survived a horrific moment. But this teen prayed as his car flipped multiple times, and he credits Jesus with his miraculous survival.

As a mom to three, the toughest part of parenting is letting them get behind the wheel of a potential one-ton death machine with control. How did I know they will be safe, that they won't speed, or that others on the road are driving safely?

RELATED: They Said His Daughter Died In A Car Crash, But Father Prays And Discovers Police Were Wrong

I don’t, which is why I breathe ‘protective prayers' over my children as they walk out the door. I can't imagine what it would be like to get the phone call Amber Lavengood received when her son Jaydon was in a terrible car accident that he should never have survived. As an emergency room nurse, Amber had seen an array of injuries and feared the worst for her son.

Amber said, "I was instantly worst-case scenario, expecting some major chest trauma, knowing that the force of any kind of a car flip is enough alone to kill a person."

But what Amber didn't know was how God was using this situation to shape her son's faith and everyone they knew.

When the car began to flip, Jaydon Lavengood sent up a prayerful cry for help. The Indiana teen survived! When he emerged from the car, he called his mom right away.

As he sat dazed on the side of the road, he took in the car and instantly knew he should have been dead. Right then, he began declaring God's healing.

Jaydon suffered severe deep bruising to vital organs, possibly a broken arm, and a concussion. Yet, he was instantly at peace as God's presence wrapped around him.

At the same time, God gave his mother supernatural peace as she raced to the scene of the accident. When she arrived, she had no words for how horrific and mangled the car looked.

She recalled what she was thinking in that moment when she took in her son and the car accident:

"Jaydon, at that time, kept saying that he was not going to have any broken bones, that he had prayed and asked Jesus, and Jesus had healed him. And he kept saying over and over again, ‘My Jesus saves, I’m not going to have any broken bones.’ As a Christian mom I'm like, ‘oh yeah, that's great. And the nurse in me is expecting he’s got a broken neck, possibly broken back, he’s got chest contusions. You could see where the seatbelt was. There was internal – it looked like internal bleeding, especially around where the liver was located.”

To everyone's amazement, the Indiana teen not only survived, but Jaydon had no injuries. When he was cleared to go home, Jaydon remembers thinking, "I was like, that’s crazy. I was really thanking God, and I was really happy. I felt great in a week. But my body, I can move again. It was just my – I had a little head problems, but I just prayed about it, and I felt great. I was ready go back to school in two weeks."

Amber said, "From a medical standpoint, I can’t give you any explanation as to why he didn’t have any broken bones. To have a mild to moderate concussion only is really miraculous."

We all are thanking God for this miracle as we lift up our children in prayer. Yet, the most beautiful part of this story is how God took this horrific situation to test and strengthen Jaydon's faith as well as his mother's. Friends and family have noticed how different Jaydon is since the Indiana teen survived the accident. His faith is deeper, and he is confident in the power of praying to his mighty, heavenly father.

"I’ll sit here and pray, and they’re like, ‘You’re not the same person.’ I’m like, ‘No, I am not the same person. I’m a different person. The biggest thing is the power of prayer and just believing in God because He does have a plan for you. And He does give you strength too, it is true," he said.

As a mother, I want nothing more than for my children to be safe and protected. Yet, at the same time, I want God to do what it takes to strengthen their faith. I constantly pray, ‘Not my will be done but yours.'

Like Amber, I can rest in the fact the Lord loves my children more fiercely than I, and their lives are in his hands. May we all be inspired to follow Jaydon's example to seek God through prayer and see that He is ready and able to perform miracles in our lives too.

"After they prayed, the place where they were meeting was shaken. And they were all filled with the Holy Spirit and spoke the word of God boldly," Acts 4:31.

LISTEN: God Can And Will Heal My Daughter' Says Dad After Freak Accident | Pat Sajak Says ‘The End Is Near'