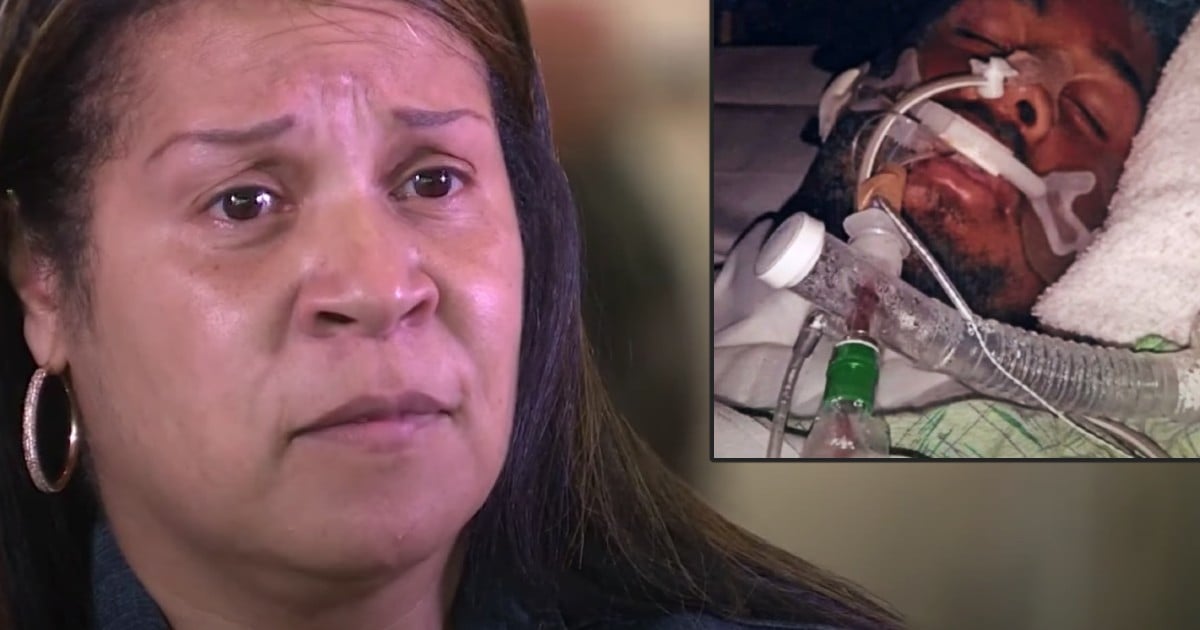 Doctors told motorcycle crash victim Rob Hull he is lucky to be alive. But Rob knows luck has nothing to do with it. He says his survival and healing are all God!

It can only take a matter of seconds for our entire lives to change. Usually, though, the busyness of life distracts us from this fact. But in October of 2022, Rob Hull and his family experienced one of those life-changing events firsthand.

As Rob rode his motorcycle home from a meeting in Nashville, a truck hit him from behind. According to the apologetic truck driver, he didn’t see the motorcycle. In any event, the impact launched Rob over his handlebars and across the freeway ahead.

"I woke up on the freeway with no memory of why I was there," he explained. "It was the weirdest feeling to just wake up, open my eyes, look at cars that are slowly going by me as I laid on the freeway, and just wondering, ‘What am I doing here? Why am I laying here?'"

As an ambulance rushed the motorcycle crash victim to the hospital, a nurse at the scene called Rob’s wife, Keri Hull, to inform her of the situation.

"I had no idea he was on his motorcycle that day," Keri recalled. "The first thing I heard was a woman on the other end saying, ‘Your husband’s okay, but he’s been in a motorcycle accident and he’s on his way to the hospital.'”

Rob drifted in and out of consciousness at the hospital as doctors worked on determining the extent of his injuries. And in the meantime, his faithful family did the only thing they could. They prayed.

"Through prayer, I’ve seen God work miracles. I just knew we needed prayer. We needed people to rally around us and we needed to pray for Rob," his wife, Keri, said.

"We were texting all the people that we knew, just to pray for him and we were praying for him on the way there, because we had no idea how bad it was going to be or what to even expect," recalled Rob’s daughter, MJ.

RELATED: 20 People Race To Help Free A Motorcyclist Stuck Under A Car

Because of COVID restrictions at the time, the hospital only allowed Keri in to see Rob. His children, Mason and MJ, had to wait in the parking lot. And seeing her husband bruised, battered, and in a neck brace hit Keri hard.

"I remember looking down and seeing his boots and his clothes on the ground and they were shredded,” Keri said. “Like the boots were shredded. That really hit me, how bad it actually was. And then when I came up to the side of him, I could see all the road rash and everything on the whole right side of his body."

Meanwhile, Mason and MJ anxiously waited in the hospital parking lot for updates. And the siblings used the time to bring their dad’s needs before their Heavenly Father.

“Immediately, in that moment is where I think my sister and I weren’t scared of the intimacy of really praying together,” Mason recalled. “With faith, boldness and expecting…I think that’s something I’ll always appreciate looking back, was getting to share that with my sister, being able to pray together.”

As Rob’s friends and family prayed, doctors ran all kinds of tests and scans. And what they found — or rather, didn’t find — is truly miraculous!

It’s highly likely for a motorcycle crash victim to suffer serious and even fatal injuries. And while doctors diagnosed Rob Hull with a traumatic brain injury, it was mild enough for them to release him from the hospital that same night. Additionally, Rob suffered absolutely no broken bones!

“When they told me that there was no broken bones or internal bleeding, I just knew God had him. I mean, God really protected him that day," Keri said.

Rob feels the same way. He knows the only reason for his safety is because of our Lord and Savior.

On the same day an F-150 truck hit his motorcycle and sent him flying over the handlebars, Rob Hull walked out of the hospital and right into the arms of his overjoyed family.

"It was just a miracle knowing how bad it really could have been, and then seeing my dad walk out of the hospital that night and hugging us and everything,” MJ said. “It was truly a miracle.”

And with continued prayer, Rob made a complete and full recovery.

Both Rob and his family are incredibly grateful God spared his life that day. And the terrifying experience only served to further strengthen their faith and trust in Jesus!

"The comfort of friends and family praying for us was huge, and then I was feeling the peace of the Holy Spirit, which I know came from the power of prayer," Keri Hull shared.

YOU MAY ALSO LIKE: Sudden Impact Threw Her Off Her Motorcycle And Then Angel Sent By God Was Holding Her Hand

What an incredible testimony Rob Hull has to share! His story reminds us that God performs miracles each and every day.