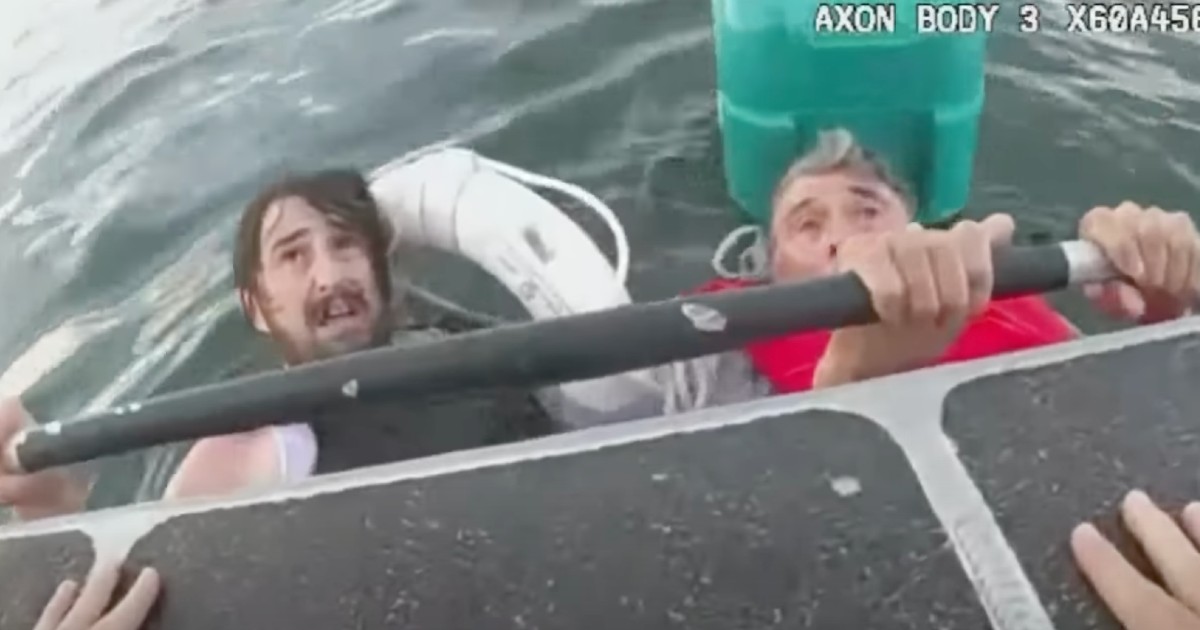 A woman was trapped in a burning car with her three kids until an 18-year-old named Justin came to their rescue.

RELATED: Family Clings To Faith And Requests Prayer For Baby Boy In Hospital After House Fire

There were no officers on the scene yet, so Justin stepped into action to help the family in trouble. “I just felt like if I was in that situation, I would want somebody to help me out,” Justin said. "I guess my instincts took over.”

Justin soon noticed something when he was helping get the woman out of her burning vehicle. There were also three children stuck inside the car! “As the flames grew larger, Justin pulled all three of the kids from the car, including a 1-year-old baby in a car seat,” said Captain Michael DaSilva of the Waterbury Police Department.

Family Trapped In A Burning Car Saved By Teen

“It kind of got scary because I didn’t know whether I was going to be able to get everyone out in time,” Justin recalled. “And luckily, I did.”

To honor Justin for his bravery and heroic efforts, Police Chief Fernando Spagnolo presented Justin with a “challenge coin.”

“One of the things I do to recognize people's heroic feats or excellent work, I provide them with what's called a challenge coin. It's just to acknowledge this heroic act that you conducted today, and just a token of my appreciation for you being a great member of this community,” the police chief told Justin. “I hope that when you have that coin, it just reminds you of this day and you can reflect back on all the good that came out of this for you and the family you saved. Any time you can always look at that time and reflect back on this great moment in your life.”

YOU MAY ALSO LIKE: Father Races Back To Save Family During Oregon Wildfires Only To Find The Worst

What an incredible act of bravery by Justin! And thank the Lord that he was there when he was to save that family from the fire!