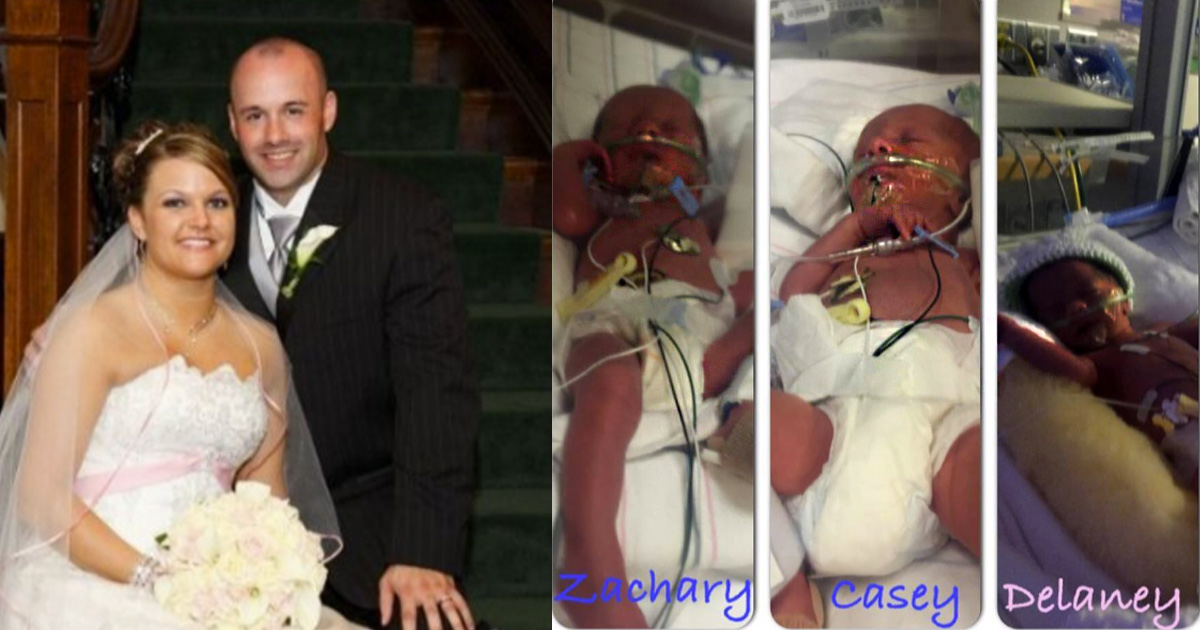 After Enduring 3 Miscarriages, This Couple Received A Miracle To Make Up For It…TRIPLETS!
Read Article » 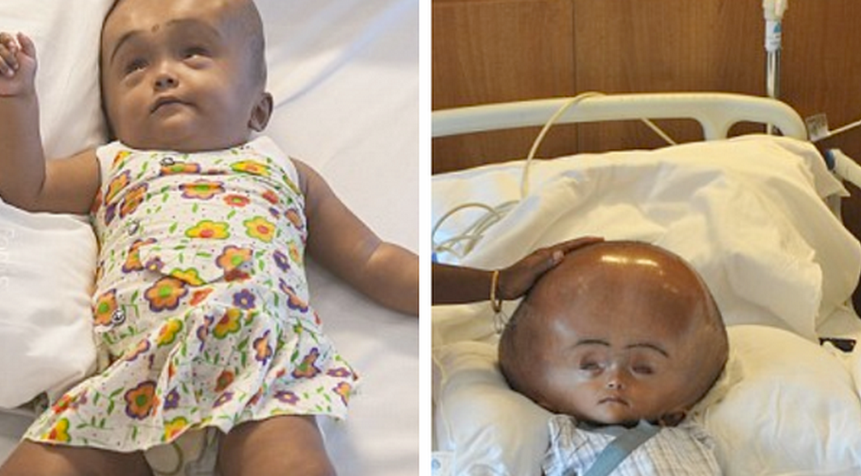 The pictures are hard to look at, but this babyâ€™s story of survival is nothing short of miraculous.

Roona Begum is a two-year-old baby girl whose rare condition made headlines in an effort to save her life. Roona had an extreme case of hydrocephalus, where excess fluid forms around the brain, causing her head to swell three times its normal size, and doctors gave her just months to live. 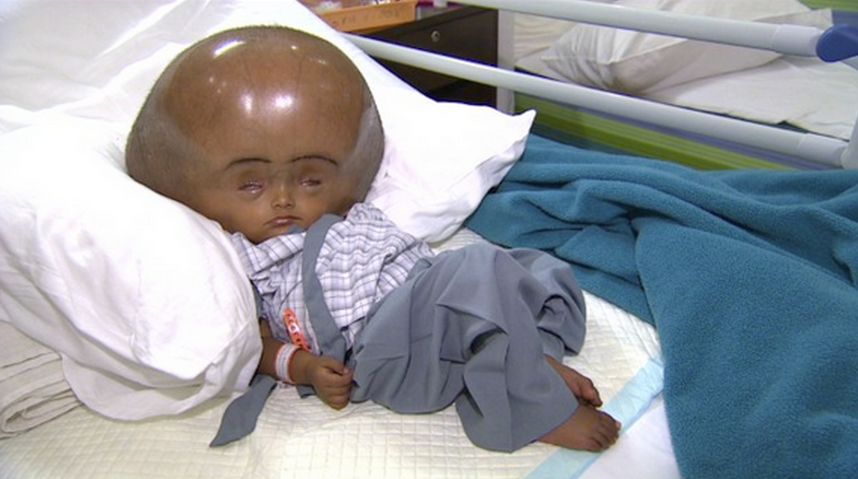 The condition affected the girlâ€™s sight and her ability to communicate. It also prevented her from being able to sit up properly or crawl.

When she arrived at the hospital, even the doctors were shocked by her condition.

“We had never seen anything like that and we were completely clueless as to how we’d go about treating her. There was no precedent of treating a child with such an extreme case of hydrocephalus. We learned as we wentâ€ said chief neurosurgeon Sandeep Vaishya, who has treated hundreds of children with hydrocephalus.

Initially, Vaishya wasn’t hopeful about the surgery. Roona was malnourished, she had major infections on the back of her head from the pressure of lying down all day, and her skin was very thin and delicate.

They knew her only chance to survive was to undergo surgeries, but Roonaâ€™s parents were very poor and didnâ€™t have the money to pay the hospital. 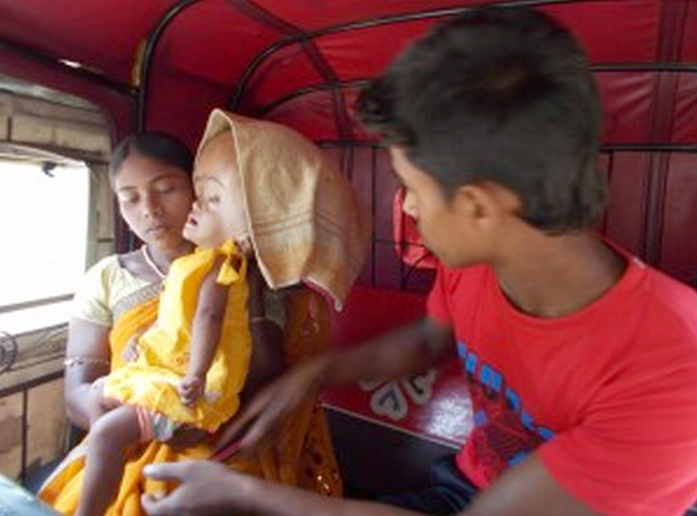 Thatâ€™s when two Norwegian students, Jonas Borchgrevink and Nathalie Krantz stepped up. They had seen Roonaâ€™s pictures online and knew they couldnâ€™t just sit by and wait for her to die!

So the two students started an online campaign to raise funds for Roonaâ€™s treatment. 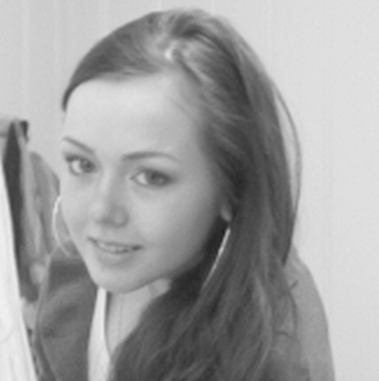 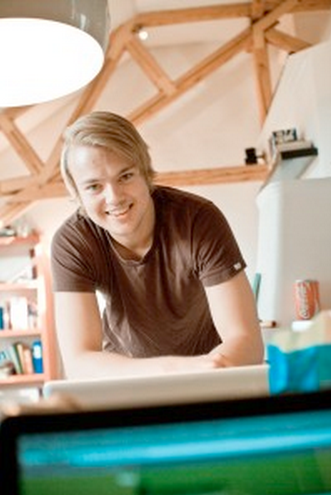 Jonas Borchgrevink (22, Oslo), has been organizing the help efforts. Jonas is founder of the website, MyGoodAct,com where people can reach out to fund their favorite causes!

Roona is now recovering from five surgeries that removed more than 10 liters of excess fluids from her brain cavity, reducing her head size by nearly half.

Vaishya says the surgery posed a huge risk to her life, and at one point they almost lost her.

Much to the relief of her parents and her doctors, Roona pulled through.

The baby girl is doing well in her treatment and is now much healthier.

She constantly moves her head around, she is playful and most importantly, she can now see. She is finally getting the chance to be the baby she really is.

“It feels really good to see her now, she looks beautiful and happy,” her mother says.

It’s too early to tell if Roona will ever be completely normal in her appearance as several operations still lie ahead, but the signs thus far are promising.

Praise God for the people who stepped up to offer help for this sweet girl. Please continue to pray for Roonaâ€™s recovery.

Click here to watch a video about Roonaâ€™s miracle: 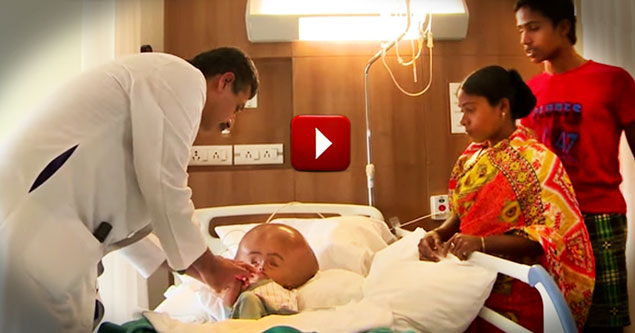