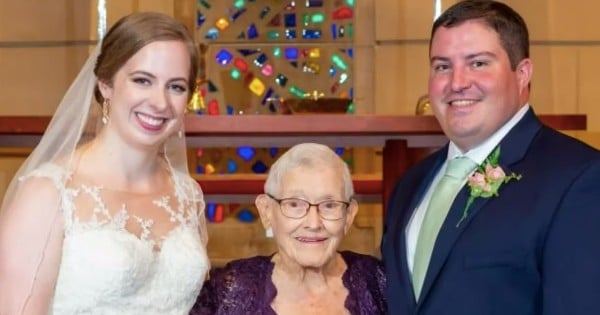 Chloe was devastated when her little sister’s birthday party got just 1 RSVP. So, she turned to social media for help and couldn’t believe the response she got. What a beautiful reminder that we are never truly alone!

Charlotte was getting ready to turn eight when her sister Chloe began planning a birthday party for her. Both Charlotte and Chloe were looking forward to having a moment of joy in their lives after dealing with the heartbreak of losing their mother to a brain tumor less than three months before.

RELATED: Mom of Little Boy with Down Syndrome Sobs When Only 1 Person Shows for His Birthday

Chloe thought a birthday celebration would be just the ticket to bring in joy and create some new memories. But as the day of her little sister’s birthday got closer, Chloe began to worry if any of Charlotte's classmates were coming because she had only received one response.

Heartbroken and grieving, Charlotte reminded people on Titktok that if you're invited to a party–just go! Just show up. You can have no idea what someone is truly dealing with.

All it takes is a little kindness. Charlotte didn't think anything would really come of her Tiktok video until she logged back on later. She was stunned by so many kind strangers asking how they could help make her little sister’s birthday a little brighter. Strangers were sending gifts and wanted to know when Chloe's party would be so they could attend too!

What was a dismal and devastating situation became a ripple effect of kindness! One stranger after another became friends with both Chloe and Charlotte as they brought friends and helped decorate for the party! It was such a beautiful moment to share in the joy of celebrating this sweet little girl's birthday.

I can't help but become teary-eyed. May we all find a way to brighten another person's day as God has called us to show love and kindness to one another.

YOU MAY ALSO LIKE: 43 Best Bible Verses for Birthdays

Ephesians 4:32 "Be kind and compassionate to one another, forgiving each other, just as in Christ God forgave you."