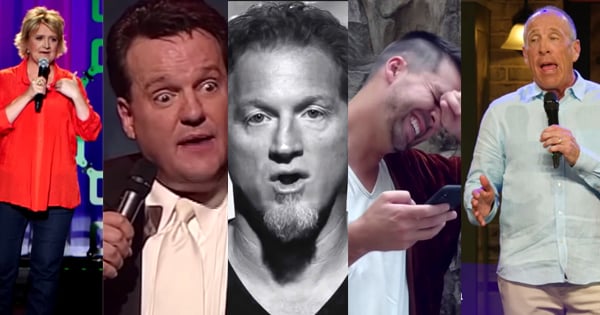 When Lindsay Larsen realized her son with autism only had 1 RSVP to his birthday party, she made a heartfelt plea online. And a high school football team inspired everyone when they showed up to save the day, chanting the young boy’s name!

Christian Larsen, a boy with autism, desperately wanted a big party for his ninth birthday so he could invite all of his friends.

RELATED: Kids Wouldn't Come To Birthday Party For Boy With Autism, So 200 Strangers Step In

As Christian brimmed with excitement, mom Lindsay Larsen worried. And it broke her heart when they received only 1 RSVP to the birthday party.

Lindsay had firsthand experience with how some people shied away from people with special needs.

“I remember growing up and watching my brother ride on the special needs bus. I remember being young in Elementary school and standing up for him and defending other special needs children,” she explained on social media.

From the way she’d seen some of Christian’s “friends” react to his invitation, she felt certain the 1 RSVP to the birthday party meant most of his classmates wouldn’t attend. And that’s when the devastated mama poured her heart out on social media.

Sadly, people don’t always react to those seen as “different” in the best way. But as Lindsay shared her hurt online, something beautiful happened.

People came together, many of whom were strangers, to show Christian and his family the love of Jesus!

Word traveled to Dan Holtry, the football coach at Nampa High School in Idaho. Dan briefed his players on the 1 RSVP to Christian’s birthday party.

“The players jumped at the opportunity. They were ready and willing to celebrate with Christian,” Dan said. “Within seconds of a sent text they were 100 percent in. No hesitation whatsoever.”

Some other classmates did end up coming to Christian’s party, as did some children from the neighborhood. So, the sweet boy was already having a special birthday.

But the moment the football team showed up chanting his name, you can just tell it meant the world to this precious boy with autism!

What a beautiful example set by these high school boys! And in addition to their act of kindness, Lindsay also received a ton of support online from strangers.

“I have lost count [of] the number of beautiful messages I’ve received,” Lindsay shared on her blog. “I can’t count how many people have taken time to share a few words, or express gratitude for the teams.”

The football team did more than just show up. 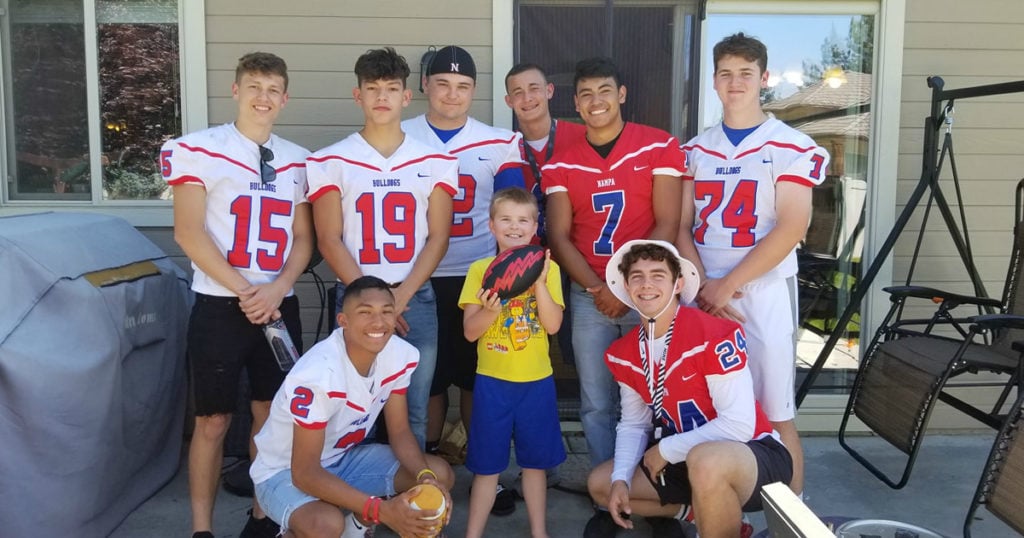 The teen boys stayed the whole time and played with Christian and his friends. And it made a huge impact!

YOU MAY ALSO LIKE: Kodi Lee, Blind Musician With Autism, Astounds Judges And Earns Golden Buzzer

“I know that Christian felt amazed and blessed by the turnout,” his mother said. “He talked about it for days. One of the best things about his personality, is that he is always looking for the positive. He didn’t question why the players were there, he just loved it. He has said multiple times that it was the best birthday ever!”

What a treasured memory for Christian Larsen and his family. This is truly acting as the body of Christ.