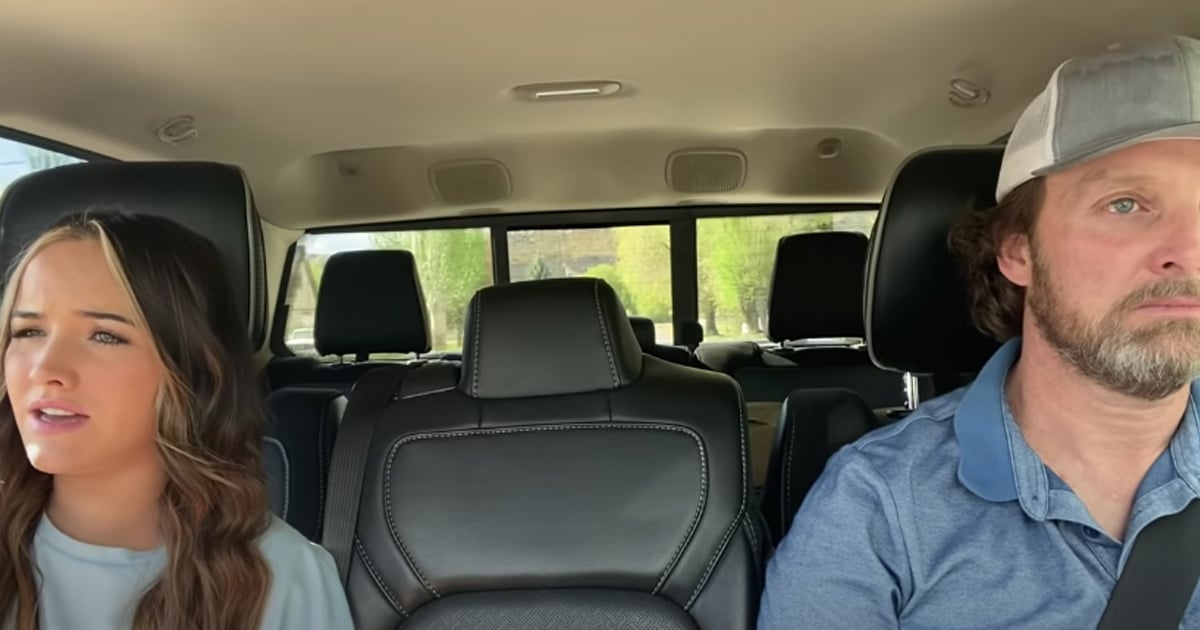 Magician Dustin Tavella on America’s Got Talent used mind-reading tricks in his audition to share a tear-jerking story from his own life. And the incredible performance is like nothing I’ve seen before!

Dustin starts out sharing that he is from Virginia Beach, Virginia as the crowd cheers. He seems like a kind and laid-back guy as he proudly introduces his wife and son. Dustin tells of his joy in sharing a combination of the two types of "magic."

The first is the performance on a stage and the second is "when one individual makes a decision to positively impact another human life forever." Dustin Tavella proceeds to have each of the four America’s Got Talent judges complete a task.

Heidi has a deck of cards to shuffle. She selects one card, then holds it secretly. Sophia has a calendar for the month of February and must circle any date. Howie gives a last name and writes it down on a piece of paper. Dustin has Simon write down any random time on a piece of paper. Lastly, he asks Terry to share "one inspiring word that sums up his heart and his passion." Terry answers, "Power."

After each task is complete, Dustin shares that he and his wife adopted Zander when he was two months old.

Dustin Tavella Blows Everyone Away On America’s Got Talent

First, he pulls a polar bear stuffed animal out of the box and has Heidi turn her card, revealing a polar bear. Next, Dustin has Terry pull up the email which reveals two pictures of the adoption day and Zander sitting in a box.

Sophia shares that the date she circled was February 21, 2020, which was the adoption date on the box in the picture. Then, it said "Judge Smith" on the box which was the last name randomly selected by Howie. Afterward, Dustin asks Simon what time he wrote and it was 7:04. Terry zooms into the picture and reveals the time on the clock is 7:04. Everyone is in total shock.

Finally, Dustin Tavella tells the America’s Got Talent audience that they are not the heroes of the story, but the birth mother is the one to be honored. He asks Terry what word he selected as Terry says, "power." He instructs Terry to go to the next picture and it reveals the birth mother holding a sign that says the word, "power." The crowd goes wild and every single judge joins in giving a standing ovation.

As a believer this makes me reflect on the mystery of God and how He has made known Himself to us. But as we journey through life, there will always be things to learn. Part of the joy is the mystery.

"He made known to us the mystery of his will according to his good pleasure, which he purposed in Christ, to be put into effect when the times reach their fulfillment-to bring unity to all things in heaven and on earth under Christ." Ephesians 1:9-10