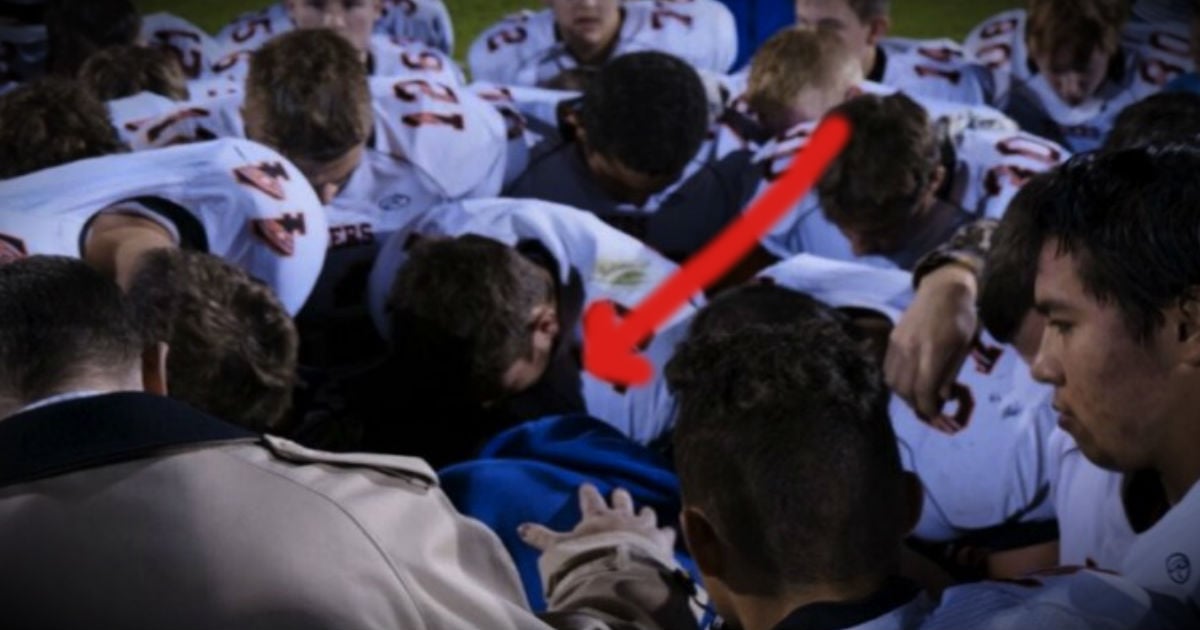 He Was Told To Stop Praying. But This Coach Is Standing Up For JESUS!
Read Article »

We've all seen it happen. Someone pulls into the handicap spot in a parking lot, and folks automatically start checking for proof they deserve the space. And if a handicap is not obvious at first glance, then there's grumbling and nasty looks. How dare they, right? Not exactly. Remember — you can't always judge a book by its cover.

This type of disapproving reaction is exactly what happens to 24-year-old Ste Walker on a regular basis. Most see him as just a young, attractive guy. Very few are able to recognize his disabilities. But you see, Ste has Crohn's disease and a host of ailments as a result.

Most of the signs that would give away Ste’s illness are internal or hidden beneath his clothing, allowing him to look "normal." And considering the staring, whispering and finger pointing many with disabilities have to endure, this could be seen as a small advantage to this particular illness.

But even though Ste is able to disguise most of the disease's horrible side effects, it doesn't make it any less painful. Yet, when he utilizes things like handicapped parking, his walking cane, handicapped toilets — he gets flack from those around him.

The frequent accusations that he's scamming the system finally pushed Ste to post the following "rant" on Facebook, posting side by side photos to show exactly what's hidden beneath his clothing. To his surprise, it went viral!

In his post, Ste shared very specific information about his daily life. He hoped that by putting himself out there, it would help others learn to be more understanding to those who need handicap services.

"People are too quick to judge these days, just because I look normal and speak normal, that doesn't mean I don't have a major disability....to look at me I look like any normal guy my age, but that's because I want you to view me like that....look a bit closer tho, or ask me questions, and you will soon realise that I have a major illness...”

Ste’s post continued to explain how his body is held together on a thread.

“…all my medication are IV…the downside to this is it has caused one of the arteries in my liver to clog up. My kidneys are also not in the best condition as I am dehydrated constantly…”

Crohn’s Itself Isn’t The Only Battle

The side effects of Crohn’s aren’t the only things that Ste has to fight on a daily basis.

“… osteoarthritis in my knees from prolonged steroid use, gastro-paresis from not using my stomach in so long, chronic pain syndrome, anxiety from spending all my time in hospital, these are to name but a few.”

“…there is also a mental battle raging inside me all the time, not been able to eat a meal in 2 years, or only been at home for 4 weeks in the last 18 months, been away from my family and friends, seeing what my illness does to them has a massive effect on my mental state of mind.

…Stop and think before you speak, think about the struggle I've gone [through] just to get out of bed and get dressed and tried to look ‘normal'...

Sorry for the super long post but I needed to rant :)"

Since Ste's post went viral, he's received tons of messages of encouragement and support. Please continue to pray for Ste. Sadly, Crohn’s disease is something he will have to manage for his entire life. Right now, there is no cure.

He's not looking for anyone's sympathy, just for people to take a pause before jumping to conclusions about others. Looks can be very deceiving. This is a great reminder that you never really know what's going on behind the scenes. And that's exactly why we need to extend grace to all those we meet.