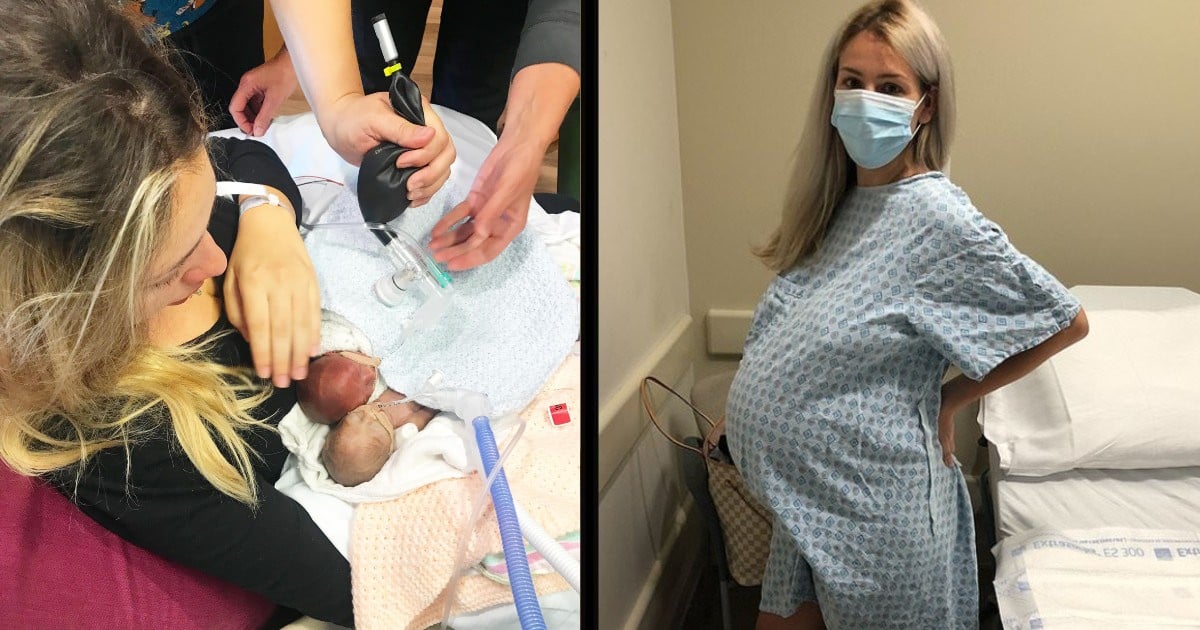 Nikki and David were planning a 2021 wedding, but these middle school sweethearts fast track their wedding after the bride receives a scary diagnosis.

Not everyone is blessed to find love at a young age, but when they do, there's something so special about it. Middle school sweethearts, David Rhoades and Nicole Weiss have been close since 8th grade, and have been a couple since their high school days.

RELATED: When Sadie Robertson's Pregnancy Test Came Back, She Hit Her Knees And Cried Out To God

David was not the most impressive of students, skipping a number of his classes at Sturgis Brown High School, in Sturgis, South Dakota. The one good part about school for him was Nicole, a student who was a year younger than he was with a talent for art.

"Nikki and I had known each other since eighth grade, but in high school we really started talking…We have a shared sense of humor and we both like the same movies, the same music."

"Once we were together, neither one of us ever wanted to be with anyone else."

When David dropped out of school in 2009 the two were already dating. They keep dating through Nicole's graduation in 2010. Afterwards she went off to college at Black Hills State University. David followed, taking up various jobs in the area to support himself financially.

Marriage Talk For A Pair Of Middle School Sweethearts

In 2016, the middle school sweethearts started talking about the idea of marriage. And a year later on March 5, 2017, David proposed to the love of his life.

After that, the next few years flew by. Both of them took up jobs working, and they spent their days happily in love and in no rush to plan their wedding.

Though normalcy started to set in, their love story seemed to only be getting better with marriage on the horizon.

"We talked about July 2021 in the hopes that Covid would be over," Nicole said.

In July of 2020, their plans would drastically change. Nicole found herself having difficulty breathing. But what she assumed was a panic attack was actually something much worse.

"She called me during lunch and said she thought she was having a panic attack, so I walked her through the steps she had told me about to help calm her down," David shared. He called her to no avail. Then he got a text. "Help."

Bride-to-be is Diagnosed With Rare Form of Brain Cancer

At the clinic, Nicole was told awful news by the doctors. She had been diagnosed with a rare and incurable form of brain cancer. Their only sign of hope from the doctors was they could potentially slow the cancer.

Yet, despair did not set in for these two sweethearts.

"We're more in love than we are scared," David admitted.

In October of 2020, they married at Prairie Berry Winery, located in Hilly City, South Dakota. This was Nicole's ideal spot and what made the wedding more special was she implemented decorations from her Pinterest boards. Touched by the couple's story, several local wedding vendors even stepped in to donate their services.

"We just wanted to have a day when we weren't thinking about it," she said.

"We're taking it one day at a time, trying to make each other happy and keep each other laughing," he added.

Middle School Sweethearts Wed in the Face of Difficulties

This story is very heartwarming considering the inevitable outcome of her condition. Yet, her testimony offers inspiration that we can take advantage of the days God has blessed each of us with. Our prayers go out to this sweet couple.

YOU MAY ALSO LIKE: Couple Who's Story Of Loss Included 4 Babies In 2 Years Joyfully Welcomes ‘Miracle' Triplets

We don't know when our time will be, so with the time we have we can work to love God and those around us, thus fulfilling the first and second greatest commandments (Matthew 22:36-40).