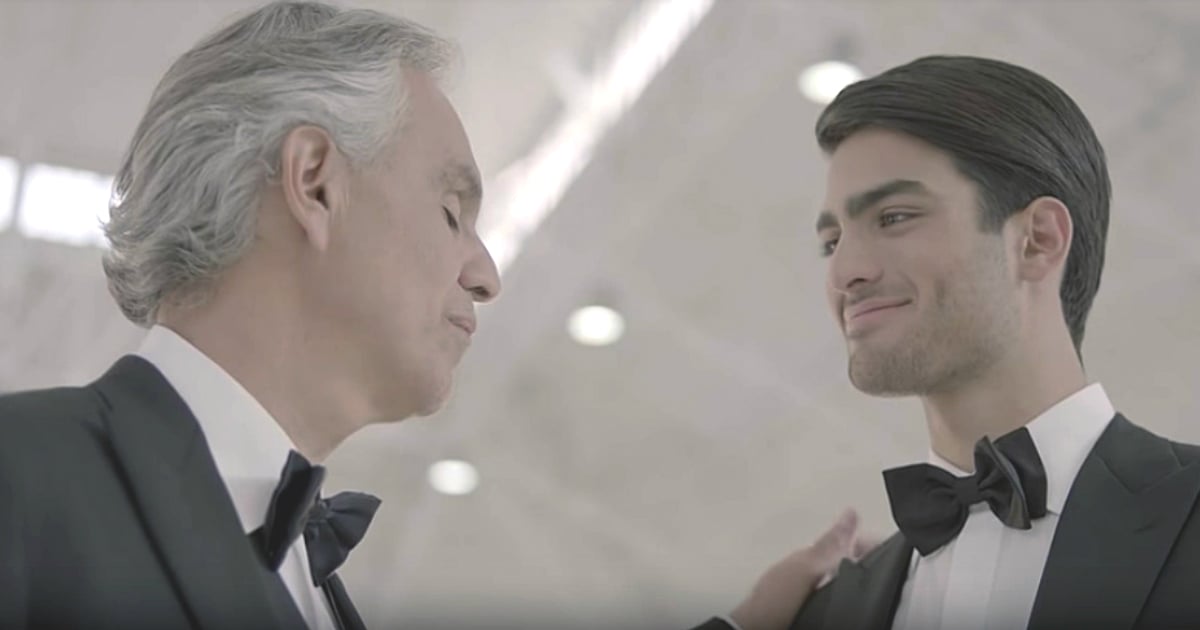 Believe it or not, doctors wanted to abort singer Andrea Bocelli. And had his mom listened, the world would have missed out on the blessing of his angelic voice. So, Andrea shares his mom’s story in the hopes it will save even more lives.

Andrea Bocelli is famous all over the world for his amazing God-given talent. And his beautiful music has touched so many lives. Recently, the singer has been getting a lot of attention after debuting his first-time duet with son Matteo Bocelli.

The incredible performance between father and son is a powerful tribute to Andrea’s musical legacy. Andrea Bocelli’s career is far from over. Yet, you can already see how his passion and talent for music will live on in his two sons, Amos (23) and Matteo (21).

Andrea’s daughter, Virginia (6), is still young but she’ll undoubtedly leave her mark on the world, too.

And yet, had Andrea’s mom, Edi Bocelli (née Aringhieri), not made the bold decision to defy doctors many years ago, none of this could have happened.

The world-renowned artist shared the surprising truth years ago during a concert in Italy. As Andrea sat at the piano, a lovely melody effortless pouring from his fingertips, he told his mother’s story.

Apparently, while pregnant with Andrea, Edi rushed to the hospital with appendicitis. As doctors treated her, they also suggested she abort singer Andrea Bocelli.

“They told her it was the best solution because the baby would be born with some disability,” Andrea told the audience.

When Andrea told the story, he kept the identity of mother and baby secret from the crowd at first. But then he revealed the “young, brave wife” who decided not to abort was, in fact, his mom.

“That woman was my mother and I was the child,” he revealed. “Maybe I’m partisan, but I can say that it was the right choice.”

Andrea Bocelli’s Inspirational Story Of How All Lives Matter

Not long after his birth in 1958, doctors diagnosed Andrea with congenital glaucoma, a disease that left him partially blind. Then, at the age of 12, Andrea lost his vision completely during a game of football after he was hit on the head. And yet, he’s living proof that a disability doesn’t have to hold you back from pursuing and achieving your dreams.

RELATED: Mother's Letter To The Doctor Who Told Her To Abort Her Baby

It took a lot of courage for Edi to defy her doctors’ advice to abort. But God blessed her with a bold spirit! And she clearly passed that courage on to her son, who used it to overcome his physical disability to excel as one of the greatest musicians of our time!

"My mother is the person who, above everyone else, has tried to teach me courage," Andrea said.

And this family man shares his mother’s story of standing up to abortion to inspire other young moms.

“I hope that this could encourage many mothers who sometimes might find themselves in difficult situations but want to save the life of their baby,” Andrea says.

Andrea’s story is an important reminder that all lives are important. You don’t have to grow up and become a world-famous singer in order to matter. God has a special purpose for all of us!

“I am not only fighting against something, I am fighting for something,” the singer explained. “And I am for life.”

“Before I formed you in the womb I knew you, before you were born I set you apart; I appointed you as a prophet to the nations.” Jeremiah 1:5

YOU MAY ALSO LIKE: Abortion Survivor Shares Her Testimony With Congress To Try And Save Unborn Babies