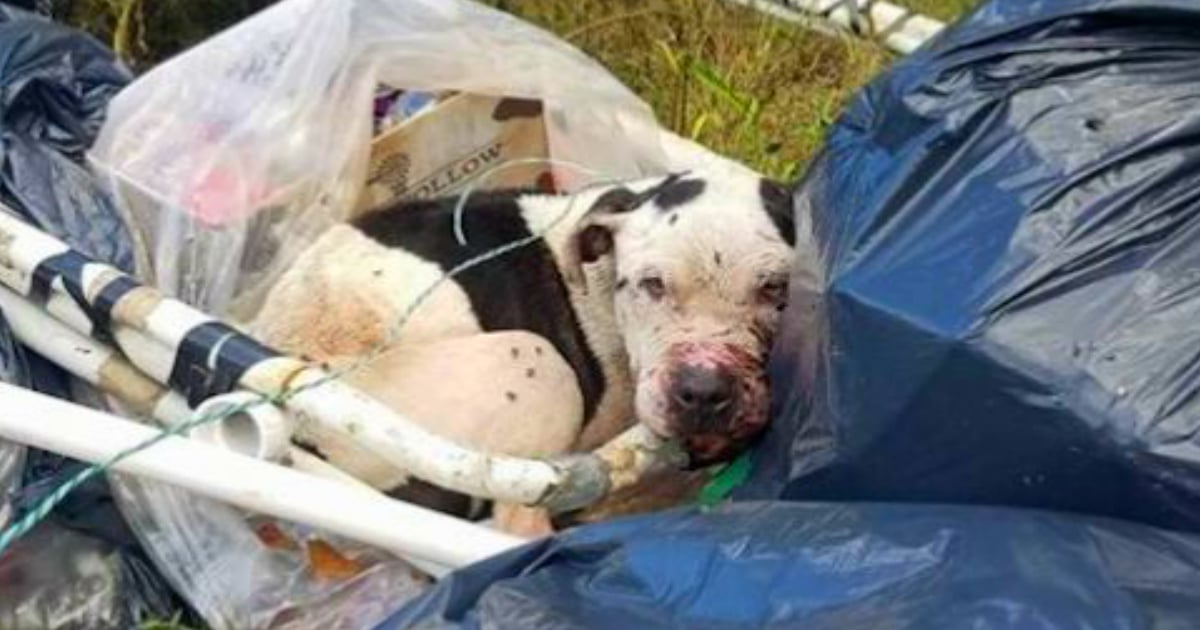 Charlie The Pit Bull Rescued From Trash And Over $10k Later, He’s Living The Life He Deserves
Read Article »

While Matty Miles was on vacation in Thailand with his fiancée Aprille Hughes, the unthinkable happened — a random monkey attack. But in this one-of-a-kind animal rescue story, a heroic stray dog named Burt is the one doing the rescuing!

When Melbourne couple Matty Miles and Aprille Hughes took a trip to Thailand, they never could have anticipated the bizarre twist awaiting them. While out sightseeing on a foggy day, they encountered a pack of monkeys on the trail to the famous landmark The Great Buddha of Phuket.

RELATED: An Earless Cat No One Wanted Ends Up Rescuing The Human Who Saved Him

"There was fog everywhere, it was like something out of a horror movie," Matty recalled. "I don't know why but these monkeys, there were about seven of them, got really angry with us. I think they might have wanted our bags and they started hissing and raising their shoulders.”

The pack grew even more aggressive and Matty began fearing the worst. But God had a special angel in place to protect the couple — a stray dog they named Burt.

Just as things started looking bleak, a stray dog they are now calling Burt jumped in to save the couple.

"Burt protected us, she got between us and the monkeys," Matty said. "Aprille was freaking out but the dog stayed by her side."

The pack of monkeys continued to follow the couple, but so did Burt.

"She kind of guided us, walked in front of us and made sure we were OK," Matty recalled.

Beyond saving the couple from the monkey attack, it seems as though God gave the furry angel another purpose, too.

Aprille was wrestling with terrible news after doctors diagnosed her father with stage four cancer. But Burt gave Aprille a new outlook.

“She did more than protect us – she put the fire back in my heart," Aprille told Matty.

The couple visited Burt every day of their stay in Thailand.

"I played tug-of-war with her," Matty said. "I realized she's quite clever and playful too."

As their bond grew, Matty and Aprille knew they couldn’t just go home at the end of the trip and leave their furry angel on the streets. But had saved them from a monkey attack even though they were complete strangers. So, they decided to return the favor by adopting the homeless dog!

To start, Matty and Aprille took Burt to a vet, who checked for any microchips or signs the dog may have a home. But the vet confirmed the dog’s stray status and guessed her age to be around two.

Next, the couple had Burt treated and vaccinated. Getting their furry hero medical treatment was the least they could do for the dog who saved them from a monkey attack.

Then, they began the process of bringing Burt back home with them to Australia — a fairly difficult and expensive undertaking.

"We want to bring her back to Melbourne," Matty said. "We've spent about $1,800 on vaccinations, blood testing and other treatments to get her ready."

The couple had no choice but to leave Burt at an animal shelter in Thailand that has agreed to care for Burt as Matty and Aprille arrange her adoption. The couple returned home to Australia and immediately began raising funds to cover all of the medical treatments, licensing, and travel arrangements necessary for bringing the stray dog to Australia.

Support poured in through a fundraising page and soon, Burt will be trading the streets of Thailand for a loving forever home with the humans she rescued from a monkey attack! 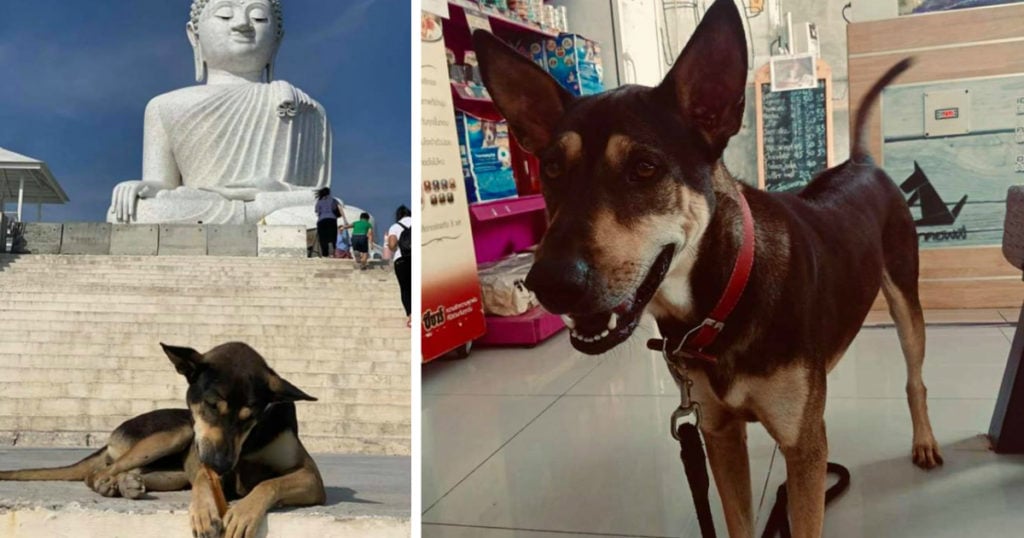 Matty and Aprille eagerly await their fur baby’s arrival and Aprille has already bought all kinds of treats and comforts for Burt.

YOU MAY ALSO LIKE: Simon Cowell Cried During Police Dog Audition And Here’s The Emotional Story Behind Why

"It feels like there's more dog stuff in our place now than human stuff," Matty jokes.

Clearly, divine intervention put Burt in the couple’s path to save them from the monkey attack. And we’re so glad they are returning the favor by saving this stray dog!