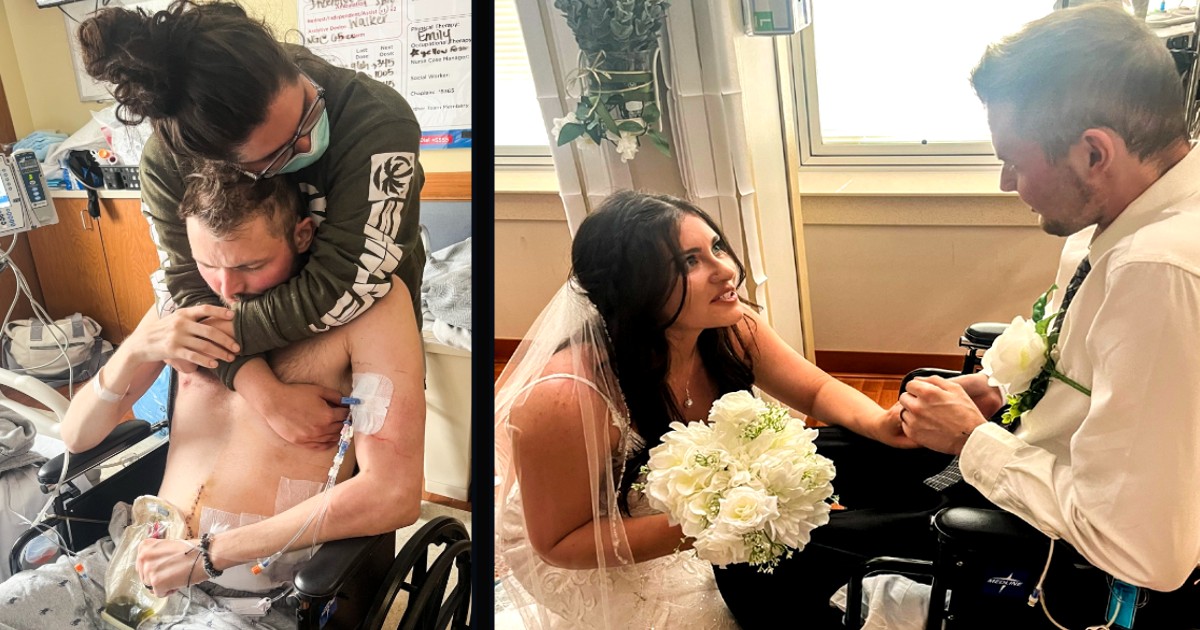 Groom Fighting Stage 4 Cancer Gets Married In Hospital, And Then Doctors Have Amazing News
Read Article »

Doctors gave a toddler only months to live, but this little miracle proved them wrong. It's a parent's worst nightmare–to be told you will outlive your child.

Chris and Leanne Waites were told their son Albie was dying at 21 months old. They were getting their son dressed one day when he cried out in severe pain after his arm got caught in his shirt.

RELATED: Miracle Baby Survives Covid and Liver Transplant, All Before His First Birthday

Just to be safe, they took him to the doctors, who assumed maybe he had somehow hurt his collarbone. But, after a few more tests, they learned Albie had a Rhabdoid tumor. As if that was terrifying enough, Chris and Leanne were told Albie only had six to 12 months to live.

"I cannot even explain the shock of finding out Albie had cancer. It went from an injury to a prognosis," Leanne said. Instead of planning summer activities like swim lessons and T-Ball, they were now having to plan for his funeral. Their world was turned upside down with hospital visits, cancer treatments, and radiation therapy.

Miracle For Toddler With Months To Live

Instead of tucking him to bed with his favorite truck, they were holding his hand that was wrapped in wires and tubes. But Leanne and Chris refused to give up. They refused to believe God would allow cancer to take their little boy. Instead, they prayed for a miracle as their lives became more focused on cherishing family time.

God was already at work healing Albie's body, and he was about to do something that would stun the medical community. Just two days before Christmas, Leanne and Chris learned that Albie was completely cancer free!

When he was released from the hospital, this sweet little boy got to ring the bell. "For Albie, ringing the bell marked the end of having his chemotherapy treatment," Chris said.

Albie is living proof that God is the author of our stories. Struggles, trials, and heartache may be a part of our journey, but God is the one who holds our future in his miraculous hands.

The Waites will have a powerful testimony for years to come about how just great and mighty our God is.

YOU MAY ALSO LIKE: Rescuers Rejoice Over Missing Infant Found Alive And Say It's Nothing Short Of A Miracle

"Your eyes saw my unformed body; all the days ordained for me were written in your book before one of them came to be," Psalms 139:16.

WATCH: Toddler Given Months To Live Is Declared Cancer-Free