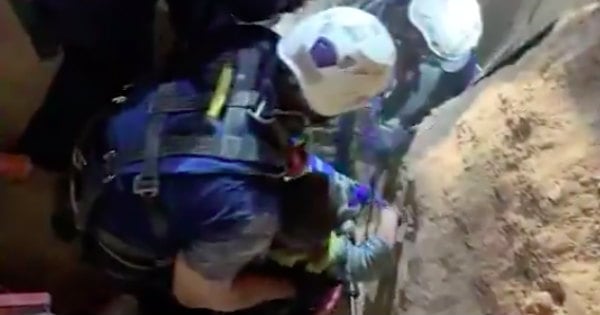 One family was about to pull the plug on a mother of four, but then she miraculously woke up!

The year 2020 was filled so with much bleak news and sadness, but for others, it was the year where God showed he is still in the business of miracles. Because of miraculous stories like Lisa Martin's, we know God is still God and He is still on the throne. Her family was about to pull the plug on this mother of four but then she miraculously woke up.

RELATED: Sudden Impact Threw Her Off Her Motorcycle And Then Angel Sent By God Was Holding Her Hand

Even though Lisa had received a negative result on a rapid COVID-19 test, she had no doubt that she had the dreaded disease. Her husband, Jeff, had already tested positive but was doing pretty good on medication. But then, Lisa began running a fever and her breathing became painful.

A family friend advised her to seek emergency care right away. When she arrived at the emergency room, she had no idea she would not be going home for three months.

After nearly a month of fighting the virus, things took a turn for the worse. She was intubated and what no one realized was that she would be on it for 59 days. For 40 of those days, she would be in a coma. The worse part, she also suffered a stroke. As the days passed, her health grew worse and her medical team believed she would not be going home.

Lisa's story was so miraculous, that the hospital shared her story on social media, telling everyone what God had done.

"On Oct. 20, Lisa was comatose, her eyes fixed. The hospital called in her family to say goodbye. But they decided to give it 11 days before making a decision about removing her from the ventilator that was breathing for her. But God had other plans," the hospital posted on their Facebook page.

Jeff told the doctor that Lisa's will indicates that no such measure can be taken and so the physician said, "We will do what we can." Jeff replied, "You do what you can do, and we'll ask God to do the rest!"

God showed up and certainly did the rest. He not only healed her body, Lisa was cleared to go home. The hospital began calling Lisa their “miracle patient." The hospital then posted a video of Lisa leaving the hospital as staff members cheered her.

YOU MAY ALSO LIKE: Off-Duty Police Officer Hears An 11-Year-Old Boy Screaming And Becomes Guardian Angel

And his name-by faith in his name-has made this man strong whom you see and know, and the faith that is through Jesus has given the man this perfect health in the presence of you all. Acts 3:16

WATCH: Family Was About To Pull The Plug On Mother Of Four But Then She Miraculously Woke Up