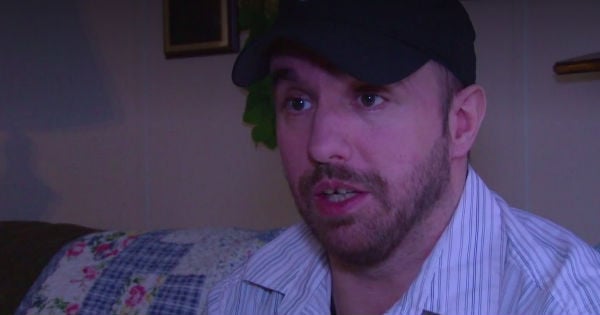 A 4-year-old spent six hours stuck in a well, but his rescue was truly a miracle!

After responding to reports that a child had fallen into a well at a local ranch, first responders and firefighters of Mission, Texas arrived at the scene. They got there just before sunset, where they learned that a four-year-old boy had fallen into a 44-foot deep well!

Fortunately, the little boy had only fallen nine-and-a-half feet into the deep water well.

RELATED: Arizona Police Officer Shows Up To Save 2-Year-Old Girl And Ends Up Bringing Her Home

Nearby mission residents gathered around the well during the rescue. Firefighters and first responders worked meticulously to free the child from the dangerously narrow 8-inch diameter well. Because of this extreme narrowness, assistant Mission Fire Chief Robert Alvarez shared, "Any vibration, any wrong strike of a shovel, could cause more soil to fall into the hole where the victim was."

In order to take the utmost precaution, the firefighters and first responders took an unconventional route. They dug next to the hole, rather than to dig into the hole itself, to prevent the hole from collapsing in on itself.

Stuck In A Well For 6 Hours, 4-Year-Old’s Rescue Is A Miracle

After 6 hours of careful planning and excavating, the heroes of Mission were able to miraculously free the four-year-old boy from the well to the applause of the surrounding locals. Upon being rescued from the well, the young boy was "alert and talking." He was immediately transported by helicopter to a local Texas hospital. The boy is now in stable condition. And he is being monitored as he undergoes a series of tests to make sure he sustained no injuries.

When asked for a statement, Sheriff Rene "Orta" Fuentes stated, "Last night proved to be a testament of our community and neighboring communities' unity and sincere concern for each other. Through prayers and actions from everyone, a little boy lives today."

WATCH: GodUpdates 4-Year-Old Spends 6 Hours Stuck In A Well But His Rescue Is A Miracle Video

The incredible moment rescuers pulled out a 4-yr-old boy that fell into a well hole in Garceño. So proud of our Mission firefighters & all 1st responders that rescued the child after 6 long hrs. Pit was only 8-10 inches in diameter. It’s a Christmas miracle! pic.twitter.com/Ntj6XydlZ2

"For thus says the Lord God: Behold, I, I myself will search for my sheep and will seek them out. As a shepherd seeks out his flock when he is among his sheep that have been scattered, so will I seek out my sheep, and I will rescue them from all places where they have been scattered on a day of clouds and thick darkness. Ezekiel 34:11-12