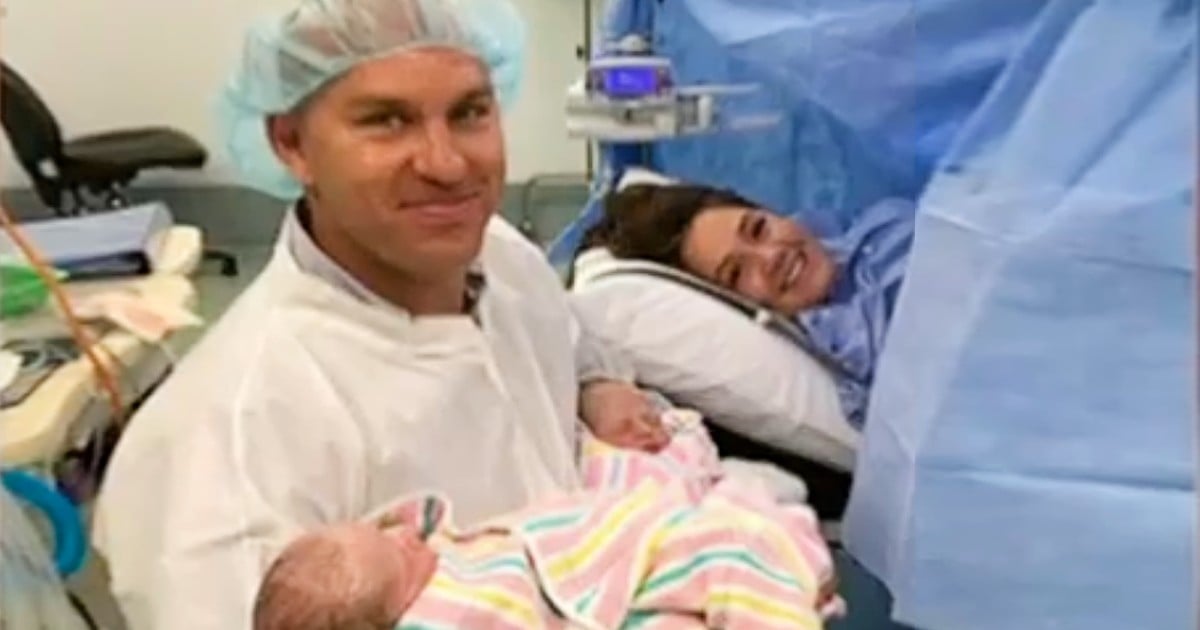 6 Weeks After Giving Birth Mom’s Belly Keeps Growing, And She Can Sense Something Is Off
Read Article »

Nathan Boos knew he was adopted but he had no idea he was already friends with his dad. In this incredibly touching and strange story, a man who was adopted at birth is shocked to discover his co-worker is his biological father!

Can you imagine? I mean, we spend forty-plus hours a week with people at our jobs and sometimes they feel like family but in this story, Nathan's co-worker is more than just that–they share the same blood.

RELATED: Mom Hunts for Son She'd Given Up for Adoption Only to Discover They Work in the Same Hospital

Yet, one day when Nathan's mom dropped by for a visit, she noticed something incredible.

While Nathan and his mom were on Facebook, a familiar name and profile appeared in Nathon's friends. She was shocked to find out Nathan was already friends with his biological dad on Facebook because they worked for the same trucking company. What are the odds?

Most of the time when children are adopted, they go to live with their adoptive family in a different town, or state, or sometimes even halfway around the world. But that wasn't the case for Nathan. When he was lovingly placed for adoption, his adoptive parents were chosen in the same city by his biological mom. She has placed him with distant family but never told Nathan's biological dad.

Not only was Nathan friends with his father on Facebook, he learned they had been friends for two years because they worked for the same trucking company known as Rock Solid Transport in Chippewa Falls! Once the shock wore off, Nathan reached out to his biological father, Bob Degaro. Nathan wasn't the only one who felt stunned at this revelation. Bob felt it too!

"It's still kind of a shock. There are days when I'm not sure what to say or how to act. I mean, he is my son but I mean we didn't have that father-son relationship growing up and instead met through a work relationship," Bob said.

When Nathan asked Bob why he put him up for adoption, Bob gave him a real, loving, and honest answer. Bob was struggling financially and he wanted his child to have the best of everything. Bob also knew that he wasn't much of a father and he wanted his son to have someone he could look up to.

RELATED: 2 Sisters Reunited After 45 Years Have Lived in Same City With Sons Going to the Same School

What makes this incredible journey of finding family so incredible is how alike the pair are. Not only do they both like to drive trucks and they work for the same company, but they also have the same mannerisms.

The pair don't take it for granted that they are family and spend time together when they can! The pair also say they are excited to grow the friendship they already have into a family relationship. God is just so good. He is the author and perfecter of our faith and lives. It's a comfort to know he weaves our family storyline into the beautiful story that it is and for Nathan, it's an incredible story of a loving adoptive family and loving biological parents who wanted him to have the best life could offer.

YOU MAY ALSO LIKE: Couple Reunited After 50 Years Then Hunted For The Child They Put Up For Adoption So Long Ago

"‘God decided in advance to adopt us into his own family by bringing us to himself through Jesus Christ. This is what he wanted to do, and it gave him great delight.'" The story of the Bible is the story of adoption. We are all adopted into God’s spiritual family as a chosen child of God," Ephesians 1:5.

WATCH: He Was Adopted At Birth Then Discovers His Co-Worker Is His Biological Father