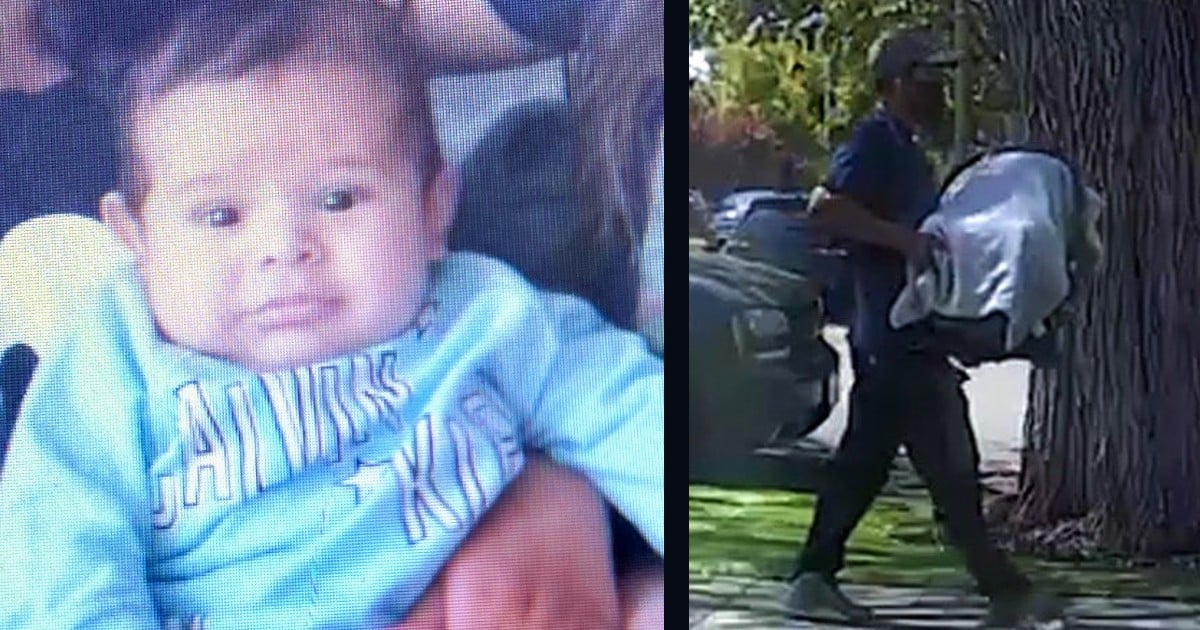 Grandma Was Unloading Groceries, And When She Returned Inside, 3-Month-Old Was Gone
Read Article »

Six weeks after birth most new mothers say they begin to feel a little more like themselves before getting pregnant. But for one mom, it was quite the opposite! Six weeks after giving birth, this mom's belly kept growing, and she could sense something was off.

New Mom Senses Something Off

Eliza Curby became a mom for the first time to her daughter Charlie. For Eliza and her partner Ben, the news of their daughter was a delight. "Ben had always been super keen to become a father so we were over the moon at the thought of creating our own little family," she said.

RELATED: Nurse Goes Quiet During Ultrasound As She Realizes Woman Got Pregnant While Pregnant

They had talked of starting a family but didn't expect it to happen so soon. But when they found out they were expecting, they were overjoyed. Eliza gave birth to a beautiful, healthy baby girl whom she named Charlie. The first six weeks were a mix of motherly bliss of snuggles, baby sounds, and of course, no sleep, as it goes with most newborns.

Eliza expected to shed the pregnancy weight and assumed she would have her figure back soon enough. But as the weeks passed, her belly didn't shrink–it expanded, and it was a mystery. Eliza says she remembered feeling exhausted, but she knew something wasn't right.

"My mum always said it takes six full weeks to come up for air! I was exhausted trying to figure out the ins and outs of being a mum, but about a month after having Charlie though, I felt really, super exhausted."

Eliza began to put two and two together and then told her husband she might be pregnant.

"I was exhausted trying to figure out the ins and outs of being a mum, but about a month after having Charlie though I felt really, super exhausted. Everyone told me it was sleep deprivation catching up with me but I was not convinced - I remember looking at Ben and saying ‘I think I'm pregnant.'"

So Eliza took a test, but it came back negative. She couldn't shake the feeling, so she took another test, and it confirmed she was indeed expecting again, much to her shock as well as Ben's. But the new parents didn't mind because they both wanted at least two kids before the age of 40. Eliza, however, wanted more than just two kids. She loved the idea of having her own little clan. To her, the more kids, the more blessings.

The couple then went to the doctor to confirm she was indeed pregnant but what they found out was stunning. Eliza wasn't just pregnant–she was carrying identical twin boys! In a matter of eleven months, she birthed three children.

Now that she's a mom to three babies, she needs three of everything. Three cribs, three car seats, etc. She goes through about 140 diapers a week and over twenty bottles a day. Even though it's a lot of work, she feels blessed and wouldn't change it for the work.

She calls her three babies "Irish triplets" because they are so close in age. Eliza and Ben certainly have their hands full of God's biggest blessings.

YOU MAY ALSO LIKE: Mom Didn't Know She Was Pregnant With 3rd Baby Until She Gave Birth In The Shower

"Children are a heritage from the Lord, offspring a reward from him. Like arrows in the hands of a warrior are children born in one's youth. Blessed is the man whose quiver is full of them," Psalms 127:3-5.