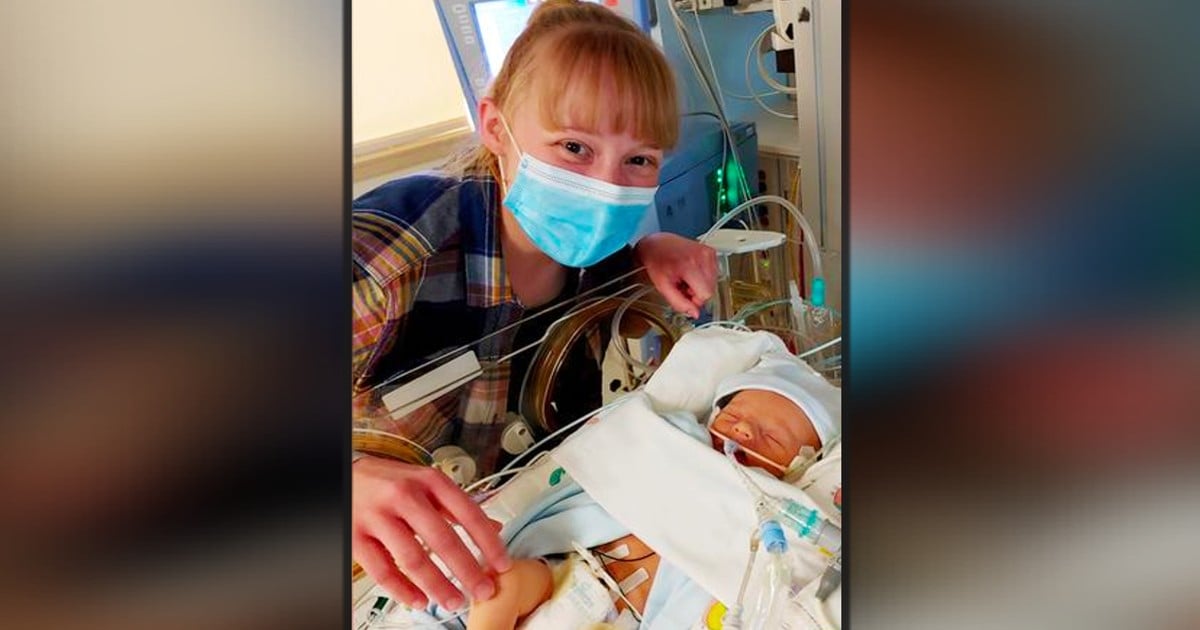 Victoya Venise ended up giving birth in a hotel bathroom after she mistakenly confused her labor with a stomach bug. And this definitely has to be one of the most unique birth stories!

Life can throw a lot of curveballs. But giving birth in a hotel bathroom? That’s pretty wild. And that’s exactly how Victoya Venise’s newest addition, son Rocky Andrew, made his grand entrance into the world!

RELATED: Woman Realizes She's Going To Give Birth In Gas Station Bathroom So She Starts Praying

The Louisiana mom, who wasn’t due for another couple of weeks, was away on a business trip in Georgia at the time of the unexpected birth. Her 4-year-old daughter was suffering from a stomach bug. So, Victoya chalked her discomfort up to that, assuming she must have caught the bug.

However, upon returning to her hotel room, things took a bizarre turn!

Shocked Mom Ends Up Giving Birth In A Hotel Bathroom

Victoya Venise quickly discovered her tummy troubles were not the result of a stomach bug when she ended up giving birth in the hotel bathroom.

“I turned around, and it was the baby,” she recalled. “I hurried up, and I grabbed him out of the toilet… I found a towel and I wrapped him up.”

RELATED: Pregnant Woman Thought She Had Plenty Of Time Until She Gave Birth In Her Front Yard

So many things could have gone wrong in this situation. Doctors and paramedics told Victoya as much after help arrived and took her to the hospital. But Victoya Venise is truly blessed because both she and her newborn son, Rocky, are happy and healthy.

“I’m so in love with him,” the mom gushed. “It’s been a crazy experience.”

And even though giving birth in a hotel bathroom alone is terrifying, Victoya is choosing to remain positive. She finds humor in the way the bizarre birth story is recorded on Rocky’s birth certificate.

“[I’m] listed as the doctor,” she explained, and “his place of birth will say Extended Stay America,” which is the hotel where Victoya was staying.

God Can Use Anything

And it turns out there’s an even bigger purpose behind Victoya giving birth in a hotel bathroom. The single mom admits she was planning to put her second child up for adoption. But all of that changed after her unexpected delivery.

“I feel like the experience made me connected to him and made me want to keep him. So I’m going to keep him,” she said.

Only God can see the big picture. And sometimes the moments we never saw coming are exactly what we needed.

“It happened to teach me that you can do this,” Victoya Venise says. “Even though I’m a single mom, you can take care of him. It gave me more courage and made me believe I can do this. If I can do that, I must be able to do a lot.”

YOU MAY ALSO LIKE: Woman Delivers Baby All Alone In Hotel Tub Using Youtube Videos As Her Guide

“See, children are an heritage of the LORD: and the fruit of the womb is his reward.” Psalm 127: 3