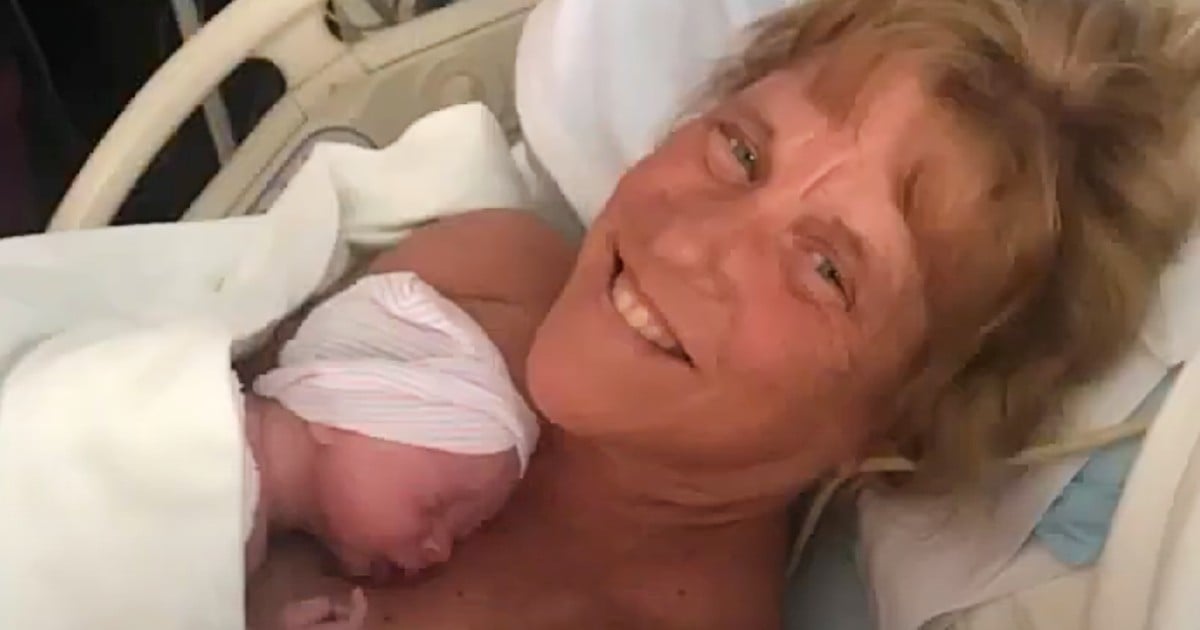 After a New Jersey woman gives birth in the bathroom, God sends two police officers who were just the right people to save the baby’s life.

Two days before little Nico’s due date, Sasha Jackson awoke in the middle of the night in labor. Her husband, Michael, started rushing around to get her ready to head to the hospital.

But as it turns out, there would be no time!

Only a few minutes later, the startled woman gives birth in the bathroom.

“The head I delivered myself,” Sasha said. “The rest of the body, thankfully my husband was there for that.”

Nico is the second child for Sasha and Michael Jackson. And his speedy arrival came as a complete shock.

“I think I let out the biggest scream ever,” Michael said. And Sasha confirmed her husband’s screams were louder than hers as she gave birth!

Shock gave way to fear as they realized their newborn son needed immediate medical attention. But God had already put the right people in the right place!

Wood-Ridge Police Officers Mike Mueller and Rob Cangialosi showed up soon after Sasha gave birth in the bathroom. They rushed to her side and instantly went to work on baby Nico.

“The baby was actually still blue at the time,” Officer Mueller recalled. “[I] wrapped him up in a blanket, [was] checking for a pulse… I asked my partner for a bulb syringe.”

When the baby boy made a squeak, everyone breathed a sigh of relief. He was safe and breathing! And his parents couldn’t have been any more grateful for the special angels sent by God.

“They knew exactly what to do,” Sasha confirmed.

It’s not every day a woman gives birth in a bathroom. And both of the officers were just glad they were able to help.

The sweet police officers returned a few days later bearing gifts — a police outfit for Nico and a toy police car for his brother, Luca.

YOU MAY ALSO LIKE: Baby Spends 61 Minutes With No Heartbeat But Gets Miracle Just As Doctor Gives Up

God certainly brought the right officers to Sasha and Michael’s door! May He continue to rain blessings upon this sweet family.

WATCH: Woman Gives Birth In Bathroom, Then Police Save Baby