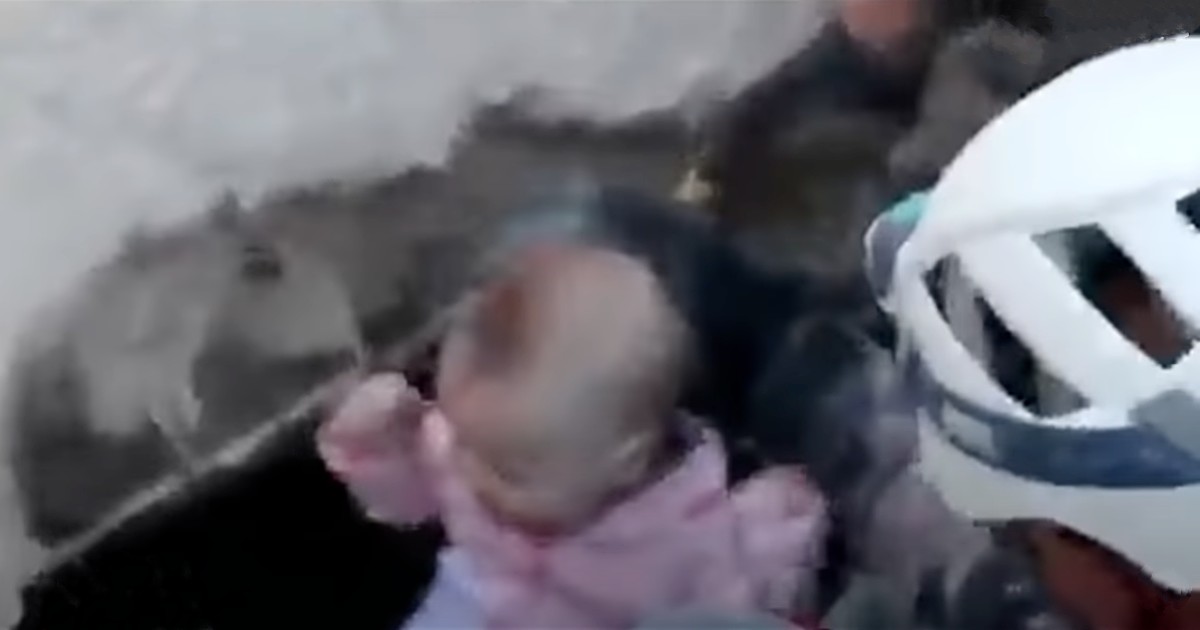 A nearby lightning strike almost turned deadly for 12-year-old Ella Jorgensen. But thankfully, her dad Steven immediately jumped into action and doctors credit him with saving her life!

12-year-old Ella Jorgenson was outside playing in the rain while visiting her grandparents in Arizona when the unthinkable happened. An intense storm came tearing through and a nearby lightning strike knocked Ella to the ground.

RELATED: Stepdad Pulls Daughter Out Of RV Just Moments Before A Tornado Picks It Up And Flips It

Doctors don’t think the lightning strike hit Ella directly but rather nearby the 12-year-old. However, the current passed along to her and stopped the girl’s heart.

Thankfully, though, the time Steven had spent serving his country as a Marine prepared him for this exact moment!

The Marine veteran jumped into action. Finding no heartbeat in his daughter, he immediately began performing CPR. Soon, his daughter’s heart began beating again but only for a moment. Then, she flatlined again.

Steven Jorgensen kept giving his 12-year-old daughter CPR until her heartbeat returned for a second time. But then, Ella’s heart stopped again. But the determined dad refused to give up. He kept doing CPR just as he’d learned during his service.

For a third time, the CPR resurrected the little girl. And this time it held as emergency responders rushed her to the hospital. There, doctors credit Ella’s dad, Steven Jorgensen, with saving his daughter’s life after the nearby lightning strike.

Of course, the humble hero, Dad, insists he was simply doing what he had to in order to protect his daughter.

And his brave child came out of the incident unscathed, which her doctor calls “amazing.”

"The main injury she had, the burning was onto her chest. It bubbled up a little bit,” Steven explained, also noting a few minor burns elsewhere on Ella’s body.

Just a few differences and this story would have had a very different ending. Had the nearby lightning strike hit Ella directly, or had her father not been on hand to give CPR and get her heart beating again, the Jorgensen family would likely be planning a funeral.

But God and His angels made sure all the pieces lined up just right so this sweet 12 would live to see another day!

Though getting struck by lightning is an extremely rare occurrence, another young man, Josiah Wiedman, survived a similar incident in 2018. Lightning hit Josiah, who was 13 at the time, only a few miles from the scene of Ella Jorgensen’s freak accident.

For Josiah, the damage from the nearby lightning strike was far more substantial. He spent three days in a coma and had to learn to walk again.

Now 17, Josiah heard of the young girl who, like him, miraculously survived a lightning strike. And he is reminding Ella and all of us what a blessing each moment truly is.

YOU MAY ALSO LIKE: Pregnant Wife Performs CPR On Husband Who Ends Up In Coma Day Before Delivery

“I learned that life is precious, and we shouldn't take it for granted,” he said. “It can be taken away from us at any time.”