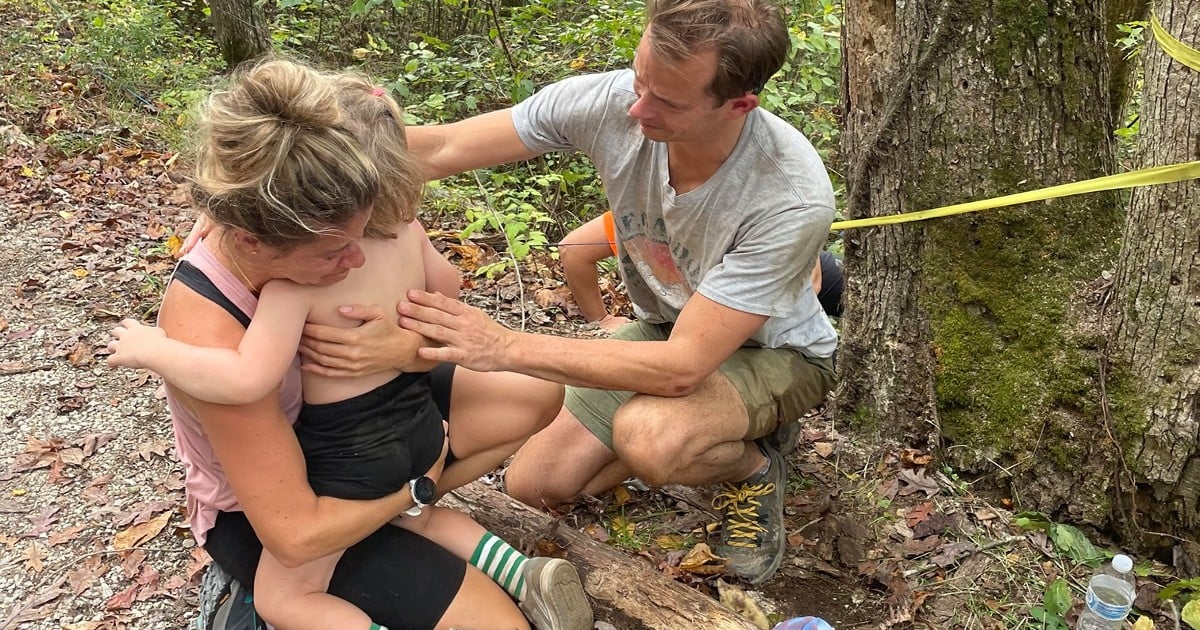 39-weeks pregnant and scheduled to be induced the next day, Ashley Goette woke up to find her husband gasping for air. He was going to die unless she did something. And this pregnant wife saved her husband!

Ashley and Andrew Goette of St. Paul, Minnesota are high school sweethearts. As the couple prepared to welcome their first child, they had no idea the harrowing journey awaiting them.

The night before Ashley was scheduled to be induced, the two turned in for the night. But strange gasping noises from Andrew woke Ashley up in the middle of the night. And she quickly realized her husband was in serious danger!

"I think my husband can't breathe," she told the dispatcher. "He was just making these sounds. I think I need to give him CPR."

As it turns out, Andrew was slipping into cardiac arrest because of an abnormal heart rhythm.

RELATED: Woman Must Decide If She'll Stay With Boyfriend After He Suffers Brain Injury

The 911 dispatcher talked Ashley through how to perform CPR while she waited for paramedics to arrive.

But she did! Ashley performed chest compressions until help arrived and rushed Andrew to the hospital.

There, doctors put him into a medically induced coma in an attempt to minimize possible brain damage.

No one knew what kind of damage may have already been done. It was a terrifying time for Ashley, as she sat by her husband’s side knowing she’d soon be delivering their child.

“I didn't want to have to think for one second about having to do any of this without him," she said. "I kept telling him the whole time he was asleep, or in his coma, that I was not going to have this baby until he woke up."

Miraculously, Andrew regained consciousness the next day and turned out to be “fully responsive and neurologically intact."

When Andrew’s medical team removed the sedatives, they noted a few twitches. However, they suspected it could be due to shivering or a seizure. But when the nurse said, “Andrew, open your eyes,” he did just that!

“What everyone witnessed was unexplainable — joyful," Ashley said.

RELATED: Mom Wakes Up From Coma Thought To Be Permanent To Meet Miracle Baby

With Andrew on the mend, it was time for Ashley to have their baby. The hospital wheeled Andrew’s bed into Ashley’s room after she was induced and the couple welcomed their beautiful son, Lennon.

"I was just so excited to be able to see him be born," Andrew said.

Doctors later learned Andrew suffered from a condition called Wolff-Parkinson-White syndrome. The abnormal electrical pathways common to the syndrome can cause a rapid heart rate and arrhythmia.

Doctors performed a procedure to correct it and Andrew’s prognosis is fantastic. But they’re saying the only reason Andrew lived long enough to make it to the hospital is because his pregnant wife saved her husband!

"I don't think Andrew would be here today if it weren't for the actions of Ashley," Dr. Alex Teeters, a physician at United Hospital said.

YOU MAY ALSO LIKE: Dad Installs Defibrillator at Son's School And 2 Days Later, Uses It to Save Son's Life

What an incredible blessing and surely a one-of-a-kind birth story!