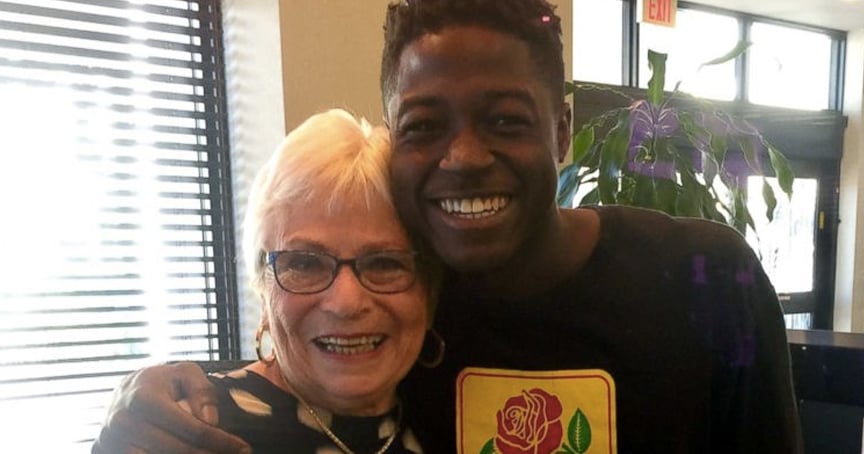 81-Yr-Old Played Him In Game ‘Words With Friends’, He Flew to Meet Her
Read Article »

Being a parent is never easy. Especially when you are trying to find a way to discipline your kids to tell them behavior is wrong without crushing their spirit. Well this dad has his own take on discipline and it is beautiful.

When this momma saw her husband disciplining their young daughter she secretly hit record.

Because what he was doing was so beautiful she wanted to share the dad’s conversation with the whole world.

Apparently, the father and daughter had been joking around when something this daddy said didn't sit well with his little one. Still be young she lashed out in anger much to everyone's surprise. But instead of yelling this dad plopped her up on the table and they started to talk.

He explained to her that it is okay to get angry, and letting those feelings out is healthy. But you have to find a safe and productive way to do that. Instead of yelling try taking a walk . He encourages her to be true to her feelings but find a way to let them out that doesn't hurt anyone else so that you can communicate your feelings in a calm way. But he didn't stop there. He got down to what started the fight to begin with. He explains to her that he was so sorry he hurt her feelings but that he has no idea he was doing it.

Then he says the most beautiful thing: "If I don't know better, I can't do better."

Wow, what a beautiful thing for him to say. And when you see how this conversation turned an angry little girl right back into a happy kid is truly incredible.

YOU MAY ALSO LIKE: Father And Daughter Sing Adorable Duet At Walt Disney World Resort

I am so glad that this momma recorded this sweet conversation between this loving daddy and his baby girl. Who else wanted to hug him?