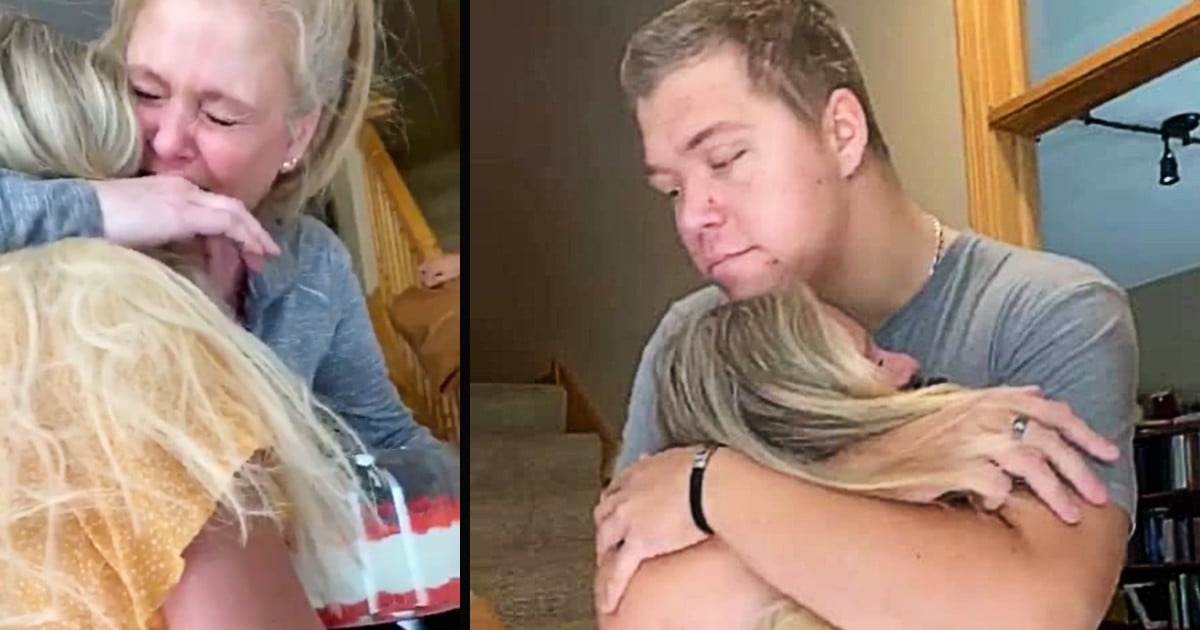 One simple act of kindness from a stranger came at just the right time for a recent widow named Juanita. And the thoughtful deed left the woman both in tears and in awe of God’s goodness!

It may not feel like it at times but God is always at work in our lives. And the power one simple act of kindness has in reminding us of that fact is incredible. Juanita’s inspiring short story is a beautiful example of this.

Brenda and Juanita first met through church when Brenda was in the sixth grade. Brenda got paired with the older woman in her congregation through a program called “Prayer Buddies.” And while the two formed a special friendship during that time, they eventually lost touch over the years.

But one day, Brenda decided to reconnect with Juanita over social media. The two started meeting again and their friendship rekindled.

Then, Juanita’s husband Ross died. And these meetings took on an important role in Juanita’s life as she grieved the loss of her soulmate.

God wasn’t blind to Juanita’s pain. And He’d already placed Brenda back in her life. But through one simple act of kindness, He was about to remind both of these women they were never alone!

One Simple Act Of Kindness From A Stranger

As Juanita and Brenda sat down for their monthly “catch up”, Brenda asked her friend how she was really doing after the loss of her husband.

“Juanita began to sob, telling me all the things she missed about her beautiful husband of nearly 55 years,” Brenda says. “I placed her hand in mine and began to stroke it as tears streamed down both of our cheeks in grief.”

Suddenly, a woman neither Brenda nor Juanita knew approached their table carrying a lovely bouquet of flowers.

RELATED: God Had A Very Special Purpose For This Stranger And His Sunflower

“Hi, I'm sorry to intrude,” the stranger said. “I don't know you but I was driving past and saw you crying so I wanted to buy you these flowers to put a smile on your face.”

Juanita instantly burst back into tears. The kind stranger revealed her name was Kylie. And she hugged Juanita fiercely as Brenda explained how her friend had recently become a widow.

Kylie’s prompting to do something nice for a stranger she saw crying clearly came from the Holy Spirit. And that one simple act of kindness blessed the women by reaffirming they were never alone in their struggles.

Brenda and Juanita spent the rest of their time together discussing kind deeds from strangers they’d experienced throughout their lives.

And Brenda chose to share the amazing encounter on social media as an encouragement to others.

“If you see a person in need and are in a position to do so, go out of your way to pay for the item they can't,” she says, “help someone who is struggling and is in need of a helping hand, maybe get the bill for a couple beside you, just because. You never know the impact a simple gesture could have on someone for the rest of their life."

No matter how big or small, never underestimate the power of kindness. And when you feel that prompting, obey. It usually means God has a special blessing planned for you and the person you serve!

YOU MAY ALSO LIKE: Teen's Random Act Of Kindness At Target For A Toddler's Birthday

“Don’t let kindness and truth forsake you. Bind them around your neck. Write them on the tablet of your heart.” Proverbs 3:3