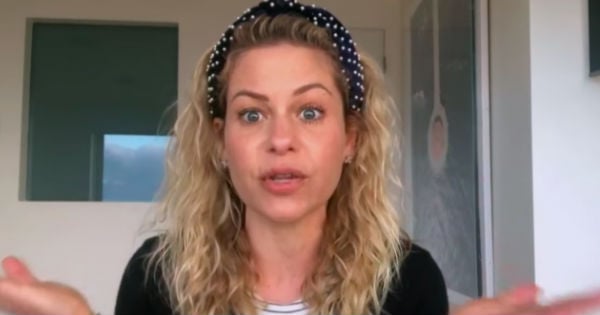 World-renowned crooner Michael Buble and his grandfather were best friends. So, after his grandfather’s passing, Michael teamed up with HGTV’s Property Brothers, Jonathan and Drew Scott, to perform an incredible act of kindness that fulfilled the man’s final wish.

“My whole life, especially as I got older, every single day, I would grab a cup of coffee and go visit my best friend. That’s my grandfather,” the singer shared. “He would play me his old records.”

During that precious time, the two sang thousands of songs together. “Grandpa Midge’ passed away in December of 2018.

“I miss him every day,” Michael says.

Just like old times, out on tour with my best friend….Canada get ready Grampa and I are coming for you! #mbworldtour thanks #vancouver it was a blast!

So, when Jonathan and Drew Scott contacted Michael about an opportunity to “give back” through the HGTV show, Celebrity IOU, the award-winning singer knew just what to do!

When Demetrio got older, rather than putting him into a nursing home, Michael hired a nurse named Minette. And once Minette began caring for Michael Buble’s grandfather, she instantly became a part of the Buble family. Her compassionate heart endeared her to both Demetrio and Michael.

But what also impressed Michael was the way Minette selflessly cared for her own family, too.

“Minette doesn’t keep any of the money that she made,” he explained to the Property Brothers. “She’s got a lot of family in the Philippines and she takes that money and she sends it all back. She’s really a special, beautiful woman.”

So, Michael Buble decided he wanted to use his appearance on the show, Celebrity IOU, to fulfill his grandfather’s last wish.

“My grandpa would be so happy,” Michael said. “This was his dream.”

Demetrio built his Vancouver home in the 1970s and the house held a lot of treasured memories. Michael even recalls mowing the lawn there as he grew up.

Minette kept an apartment space there for eight years as she looked after Michael Buble’s grandfather. And during that time, she and Demetrio became very close.

So, while Minette was away visiting family in the Philippines, Jonathan and Drew Scott helped Michael Buble transform the home so Michael could turn it over to his grandfather’s faithful caretaker.

When Minette returned, Michael Buble surprised her with the news and the big reveal.

“My grandfather, his greatest wish was not just that this house was kept in the family but that this would be your home because he loved you so much,” he explained. “This is all for you.”

YOU MAY ALSO LIKE: Michael Buble Opens Up About Son's Cancer Battle

Minette is not usually one to cry. But Michael’s revelation left her in tearful awe.

“It is so much, really, really so much,” she said, overcome with emotion. “I have no words right now. It hasn’t sunk in yet. It’s beautiful.”